To Ensure Israel’s Security, I Served in the IDF — and Now I’m Volunteering for Hillary 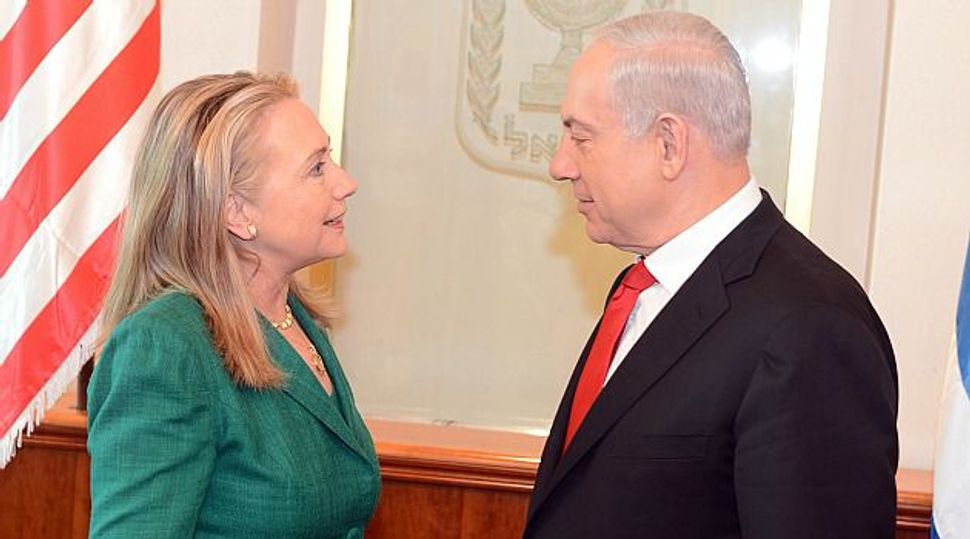 The two places in the world that I consider home are Kibbutz Alumim — a brief stroll from the Gaza border — and Columbus, Ohio. Much of the time, and for mostly the wrong reasons, the Gaza border region is more of the geopolitical hotspot. But as happens every four years, my original hometown of Columbus is again in the spotlight.

After completing my service as a lone soldier in the Israel Defense Forces, I’m back in Ohio. Serving in the IDF was a way to contribute my small part in order to make Israel safe and secure. My return to the States was not a lapse in my Zionist ethic or just a desire to follow the action; rather, I am continuing my mission on behalf of Israel’s security. I am doing that by volunteering for Hillary Clinton’s campaign to be the next President of the United States.

Clinton is the clear pro-Israel candidate in this election. Under her leadership, the State Department requested an increase in American aid to Israel, a number that grew from $2.55 billion to $3.1 billion throughout her tenure. She boasts a strong pro-Israel voting record in the Senate, supporting Israel’s right to self defense while condemning Israel’s enemies in the strongest terms.

Of particular importance to me was her work to support the Iron Dome missile defense system. As a soldier during the war with Gaza in the summer of 2014, I watched the Iron Dome shoot Hamas rockets out of the sky. As a resident of Israel’s south, for me, spotting an Iron Dome battery in a random field was not an uncommon occurrence. Each time I would see one, it was a stark reminder of how the relationship between the United States and Israel saves lives. I am thankful to Clinton for being an important player in forging that bond and for her unwavering support throughout her career.

Donald Trump, meanwhile, bizarrely boasts that his major pro-Israel accomplishment is marching as a grand marshal in a parade. He has done nothing to help me, my neighbors on Kibbutz Alumim, or really anyone not named Trump. As he has a tendency to frequently disavow his own statements, Trump describing himself as a “true friend of Israel” must be taken with a Dead Sea quantity of grains of salt.

To the extent that Trump’s foreign policy worldview is known, it directly contradicts consensus pro-Israel views. As a self-styled America Firster, he has cast doubt on whether he would support allies in their times of need, even calling into question the basic mechanism of foreign aid. And we are to trust the most erratic man ever to run for the presidency to exempt Israel from the entire thrust of his foreign policy? Because he marched in a parade that one time in 2004?

To make matters worse, Trump is flippant regarding nuclear proliferation and has even insinuated on national television that Saudi Arabia should “absolutely” have nuclear weapons. Such a stance blatantly undermines the fundamental pro-Israel position of Israel maintaining a qualitative military edge in the Middle East.

The pro-Israel consensus is by nature risk averse. The whole premise of American aid ensuring a qualitative military edge is to keep Israel’s security from being jeopardized. The reason my friends and I left our homes in the United States to move to Israel and serve in the IDF was to make sure that Israeli families are free to live their everyday lives confident that they are safe from harm.

A Trump candidacy would be a gargantuan risk. That risk is unbefitting the American pro-Israel community in which I was raised, and could be disastrous for the U.S.-Israel relationship and the Jewish state that I love.

Hillary Clinton is a true friend of Israel, proving it even over the course of this very campaign. In televised debates and in party platform disputes, she and her supporters stood up to those who suggest that military actions in Gaza, like the one in which my friends and I took part, were disproportionate. She took the political risk in a hotly contested primary to insist that living in constant fear of Hamas rockets, as I did back on Alumim, is an unacceptable situation.

Donald Trump once marched in a parade.

The pro-Israel choice is clear.

Adam Berman is a graduate of Yale University and served in the unit for Coordination of Government Activities in the Territories in the Israel Defense Forces from 2013 to 2015. He is currently a fellow at Ohio Together.

To Ensure Israel’s Security, I Served in the IDF — and Now I’m Volunteering for Hillary