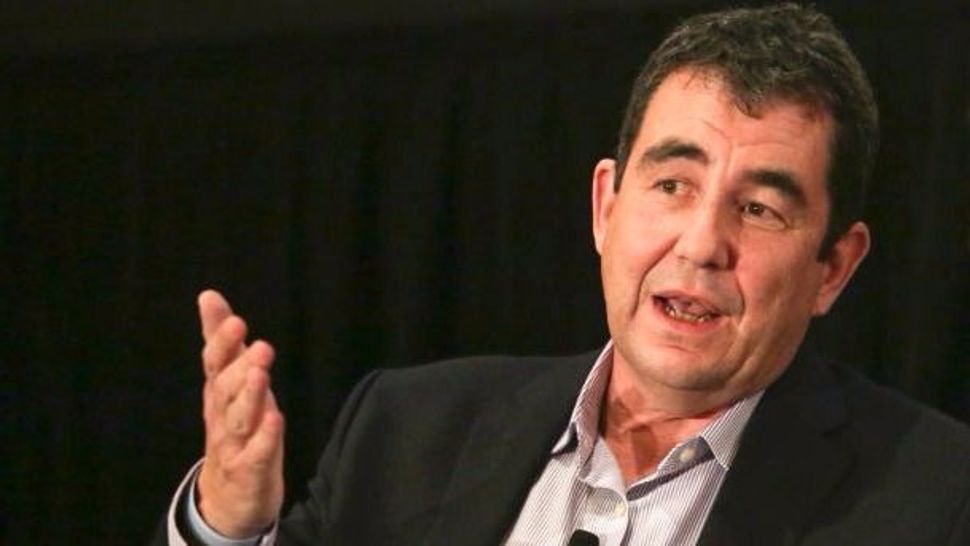 The recent scandal surrounding Ari Shavit shouldn’t be about Ari Shavit at all.

Ever since two women accused the acclaimed Israeli author of sexual misconduct, the Jewish media has been busy asking Shavit-focused questions: Should Haaretz have waited until the columnist resigned or should the newspaper have fired him? Did he commit a criminal or even immoral act? Was his apology a real apology or not? What does this mean for all the American Jewish institutions that have fawned over him as Israel’s great liberal hope?

Underneath all these questions, I hear the echo of a sigh: “How the mighty have fallen.” But the story of yet another supposed superstar falling from grace is unimportant. The real story, the important story, is about how courageous women and men are changing the norms of rape culture.

To be clear, Shavit is not accused of rape. When I say “rape culture,” I’m referring to the way our culture, based on patriarchal values, objectifies women, disregards their rights and normalizes and legitimizes sexual violence against them. When women do speak out against violence, rape culture encourages society to blame them. This dynamic has less to do with sex and more to do with power. Some powerful men are so sure of their importance that they assume any woman would want nothing more than to be their sex object. If she doesn’t, no problem — the men are entitled to take her anyway. As Donald Trump said in the now-infamous “Access Hollywood” video, if you’re famous and powerful, you can do just about anything. Both men and women can be victims of rape culture, which exists pretty much everywhere in the Western world, including in the American Jewish community and, yes, here in Israel.

The Israeli Law for the Prevention of Sexual Harassment, passed in 1998, set out clear prohibitions against sexually harassing behavior. It’s based on the premise that all people have the right to human dignity, respect, honor and liberty. This should be intuitive, yet some men still don’t get it. According to the most recent data from the Israeli Association of Rape Crisis Centers, one out of three women, one out of 6 children, and one out of 7 men will experience some form of sexual assault in their lifetime.

Our rates are about the same as the rates everywhere else in the world. We are not worse than other countries, but neither are we some shining moral exception. Indeed, over the past year, we Israelis have watched as a veritable perp walk of famous, powerful, disgraced men paraded across our TV screens. Shavit is just one more. And like Shavit, most of the men claim that they “didn’t understand” how the women they interacted with were “interpreting” their behavior.

Davidi Perl, a settlement leader, resigned from public life in October following reports that he had paid tens of thousands of dollars to a woman so that she wouldn’t go public with her charges of sexual assault. He refused to admit guilt, however. Former employees of Knesset Member Oren Hazan have accused him of rubbing himself against them, grabbing them and exposing himself. Hazan says he is being “unfairly used as a punching bag.”

In April, a high-level appointment of Brigadier General Ofek Buchris, an up-and-coming military man who holds a citation for bravery, was cancelled following a female subordinate’s multiple allegations of rape and sexual harassment.

In February, well-regarded actor Moshe Ivgy, 62, was suspended from his position in the Haifa repertoire theater after six women who formerly worked with Ivgy said that he had sexually harassed them.

In December 2015, interior minister Silvan Shalom stepped down from decades of public life after 11 women came forward with accusations of sexual assault.

In November 2015, Jewish Home Knesset member Yinon Magal resigned after several women accused him of sexual harassment. There has also been a long string of sexual harassment scandals in the highest echelons of the Israel Police Force, leading to resignations and suspensions.

And then there’s former president Moshe Katzav, convicted on December 30, 2010, of two counts of rape and other sexual offenses committed against female workers during his term as president and when he served as tourism minister. Katzav waged a nasty PR war against his accusers and stubbornly refused to resign before criminal proceedings; he is slated for release in 2018.

Some of these men have gotten away with their misconduct: Ivgy won the Best Actor Award at the Haifa Film Festival in October, and Hazan is still wrecking havoc in the Knesset. But these are the exceptions.

Finally, society is beginning to fight against rape culture and to impress upon men that there are real consequences for treating women like sex objects. The question of whether the perpetrator’s behavior was illegal has become less important as the discussion moves from the criminal arena to the public moral arena, where social values are made and where they can be changed.

Which brings us to the most important part of the story. Even though rape culture means that victims who come forward are often blamed instead of their accusers, women are increasingly making their accusations public. In the face of male swagger, they are asserting human dignity. And increasing numbers of men are joining them, some of them speaking up about their own victimization and others willing to give up their membership in the powerful old boys’ club because they genuinely believe in equality and know that the only way to create a more just society is to waive the “privileges” that rape culture confers to them.

Israeli society, and society in general, will change because of these brave women and men. They are truly powerful, and this is their story, not Ari Shavit’s.