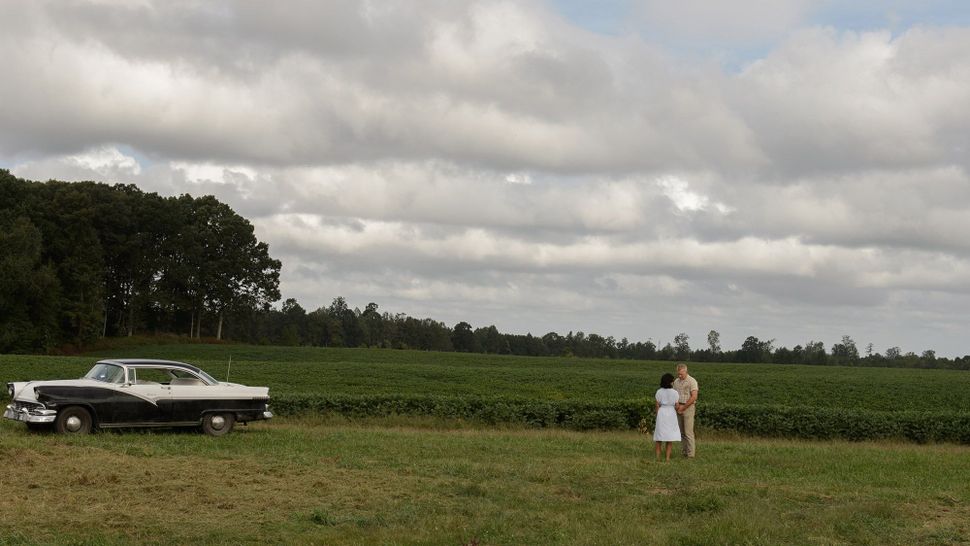 I went to the movies on Saturday night to escape the dread everyone I know is feeling in the last few days of this dispiriting election season. At the theater, I watched images of a husband and wife dragged from their bed in the middle of the night — she very pregnant — and thrown into jail, then convicted of a crime, exiled from their home state and subject to cruel harassment, all because he was white and she was black.

And yet, in the end, I felt good about America. Not only that, I felt proud of the crucial role that a couple of young, untested, brash Jewish lawyers played in overturning one of the last vestiges of slavery that still persisted into my lifetime.

The film is “Loving,” a moving dramatization of the true story of Richard Loving and Mildred Jeter’s courtship, marriage, and eventually landmark civil rights case. Performed exquisitely by Joel Edgerton and Ruth Negga, the Lovings were married in a quick civil ceremony on June 1958 in Washington D.C., but then dared to return to their home in segregated, rural Virginia to live and start their family. Tipped off by someone — the film only hints at the culprit — they are arrested for violating the state’s Racial Integrity Act, which prohibited a white person from marrying someone of color.

The full force of Virginia’s small town, small-minded racist power structure comes down on this couple, and they avoid long prison sentences only by agreeing to leave the state and not to return for 25 years. But the pull of family and the sheer unfairness of their situation drove them back, once and then, with three children, for good.

Meantime, Mildred Loving — whose quiet, deferential character displays an evolving and quite amazing sense of agency — seeks legal help, and is answered by two lawyers associated with the American Civil Liberties Union — Bernard Cohen (played by Nick Kroll) and Phil Hirschkop (played by Jon Bass). They are almost too eager to take this case, because they see what the Lovings cannot: That the miscegenation laws still on the books throughout the South were ripe for overturning. Especially with a law-abiding, sympathetic couple with a made-for-the-cameras last name as the standard bearer.

No matter how calculating and pushy Cohen and Hirschkop appear in the film, especially compared to Richard Loving’s extreme reticence, they represent a genuinely heroic chapter in American Jewish history — the willingness to employ legal, political and civil actions to challenge and help eradicate the egregious racial laws that still afflicted African Americans well into the 1960s. After all, the Loving case wasn’t decided until 1967, when the U.S. Supreme Court ruled unanimously in their favor. That’s less than half a century ago.

The laws in this country oppressed Americans. But the law also provided the remedy for that oppression. What’s so inspirational about this story is that it demonstrates how two poor, disenfranchised people, aided by lawyers who offered their services for free, can bend the arc of history.

I am not normally affected when I see a Jewish character in a positive cinematic light — I haven’t needed that sort of popular legitimization of our contribution to American life. But these are not normal times. These are times when a major presidential candidate can release a two-minute advertisement laced with anti-Semitic undertones two days before the election. When the demonization of minority groups, immigrants and anyone who fits the term “other” has propelled his candidacy. And when the very actions of government are denigrated.

Helped by Cohen and Hirschkop, the Lovings showed us another way to improve upon our imperfect union. I never needed that message more than today.