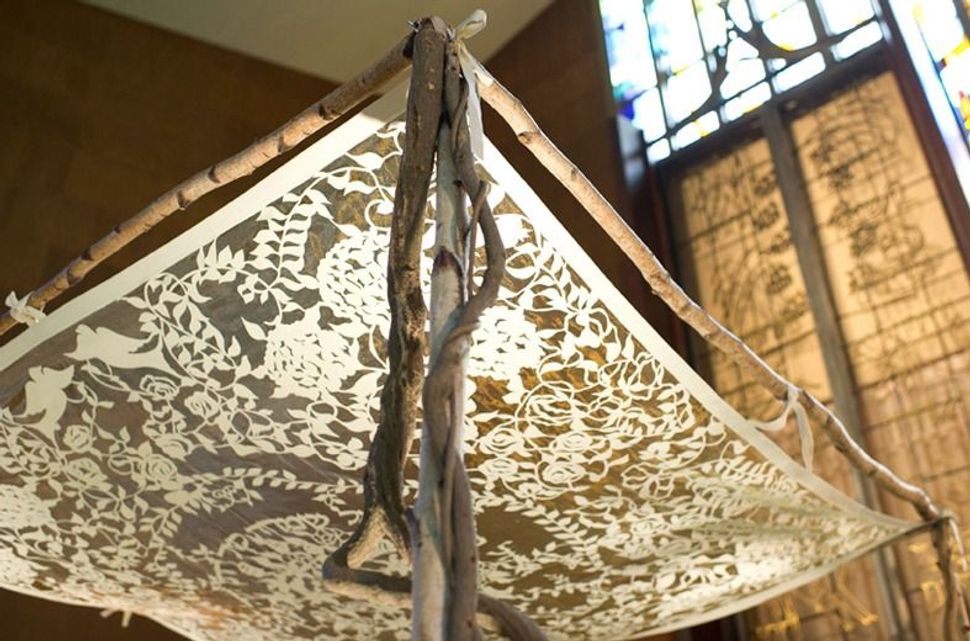 In his recent proposal to marry Jews and non-Jews under certain circumstances, Rabbi Amichai Lau-Lavie explores a phenomenon of modern life in which non-Jews are inspired to participate in very positive ways in the life of the Jewish community out of their love of the Jews in their families. There is broad agreement that these couples and families deserve our warm welcome.

He notes that his paper is not a teshuvah or rabbinic responsum per se, as to why Conservative rabbis can and should perform interfaith wedding ceremonies. It is framed in rabbinic terminology and style, but the literary device of saying “this is not a teshuvah” should not conceal the fact that it cannot be a halakhic teshuvah, because such an enterprise cannot succeed. The reason a Conservative rabbi cannot officiate at the wedding of a Jew to a non-Jew is not because she doesn’t love and care about them enough. Rather it is because her commitment to the halakhic framework makes this impossible and her understanding of what are the limits of her authority as a rabbi do not include the facilitation and participation in Jewish rituals where one of the actual performers of the ritual is not Jewish.

Judaism, as a continuous tradition for 3,000 years, promotes a highly counter-cultural idea in contemporary society in that it finds special opportunity for spiritual and moral growth in the maintenance and appreciation of boundaries – whether around time, food, consumption, moral conduct and even relationships. Jews are meant to find the spiritual growth and meaning we seek in these “bounded” spaces. Those boundaries include the reservation of Jewish rituals that are the explicit performance of Jewish commitments to Jews.

Rabbi Lau-Lavie opens the paper speaking of the pain he felt when saying no to couples whose weddings he could not officiate. Indeed, the anguish felt by couples in love, their extended families and the rabbi who cannot perform an interfaith wedding is very real. But there is a group of people, a rather large group, whose feelings were conspicuously absent from this paper. Those are the people who, seeking an open but Traditional Jewish community count on the Conservative rabbinate to maintain the halakhic framework and to maintain the network of Conservative communities, synagogues, camps and schools, which they call home. For some of them, particularly women, LGBT people, and many others who may not feel comfortable, for example, in Orthodox communities, they especially rely on us.

I do believe that there is ample room for mutual respect among people who take divergent approaches. The Reform rabbi, holding that Judaism is not a matter of obligation but a legacy of moral wisdom from whose teachings we may pick and choose, is true to her philosophy and beliefs when she stands before the interfaith couple and officiates their wedding. Not so for the Conservative rabbi whose religious beliefs would not permit her to do so, no matter how much she loves the couple. Instead, she can strive to be present throughout their lives and to bring them closer to Judaism.

Julie Schonfeld is the first female rabbi to serve in the chief executive position of an American rabbinical association. She was named executive vice president of the Conservative movement’s Rabbinical Assembly in 2008.