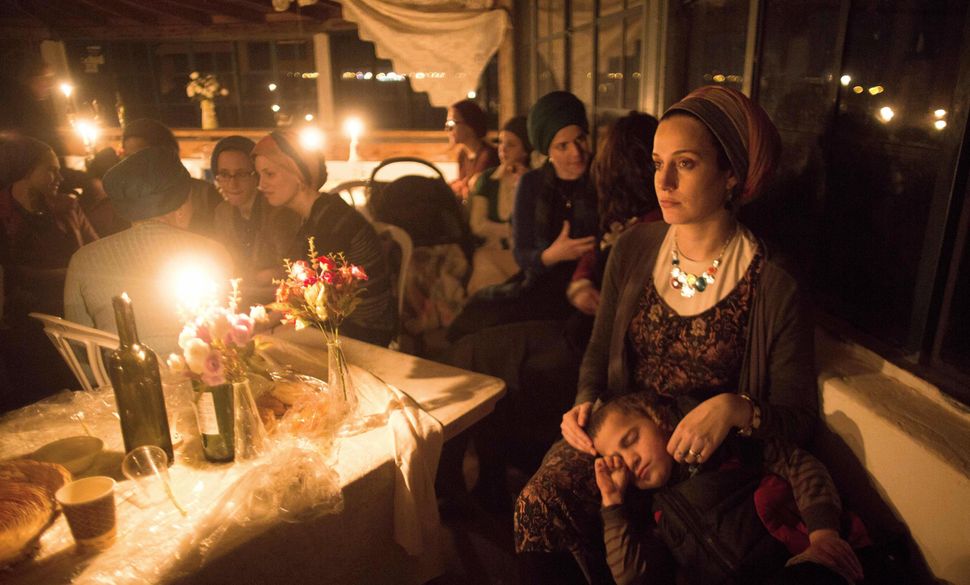 This week, we found out from sociologist Steven Cohen that the worlds of Reform and Conservative Judaism are disappearing into blackness — almost literally. Their scant replacement numbers are being demographically dwarfed by the masses of Orthodox children, and a generation down the line the American Jewish population will have drastically shifted its religious affiliation. Based on the Pew Research Center’s findings, Cohen and his fellow researchers found that in 40 years, far fewer American Jews will identify as Conservative and Reform, and far more will identify as Orthodox.

Cohen had some recommendations. “If the Conservative and Reform movements are to arrest their declines, it means helping younger Conservative and Reform Jews find partners to marry and supporting their decisions to have children,” he and his colleagues write. “It means encouraging more non-Jewish spouses and partners to convert to Judaism. All of these worthy goals can be furthered by more participation in Jewish day schools, summer camps, youth groups, trips to Israel, Hillel, Chabad on campus and other ways of connecting adolescent and young adult Jews to one another.”

Also in these pages, my colleague Avital Chizhik-Goldshmidt had some thoughts about these findings. It is the Orthodox community’s total and uncompromising immersion in Jewish culture — at the expense of liberal or American culture — that ensures that Orthodox people have children and grandchildren who stay not only Jewish but also Orthodox.

“Our methodology for continuity is rooted in the very values that, sadly, many liberal Jews reject — our insularity, our commitment to the collective over the individual, our obligation to a divine value system,” Chizhik-Goldshmidt writes.

But there’s another word for “immersion” that doesn’t have quite such a nice ring: coercion.

There are harsher and softer versions of this coercion in different Orthodox communities. But it is undeniable that some aspect of coercion is at work in this Jewish continuity. In Hasidic communities, pressure into early marriage and children, or withholding the legally mandated education that would make life as a secular person possible, keeps many individuals in communities they may not have chosen for themselves were they free to make that choice.

In the more Yeshivish and Orthodox communities, the coercion is definitely less harsh. And yet there is always the threat of loss of family support, reputation and the warm embrace of loved ones that accompany a choice to leave the religious lifestyle. Then there are the rules of kashrut, which mean that you can’t go out to eat or socialize with those outside the Orthodox community. And there’s intellectual coercion, too, like teaching children that there’s a divine legal system poised to punish their every infraction.

So it’s confusing when non-Orthodox Jews bemoan the fact that liberal and secular Jews aren’t reproducing at the same rates as the Orthodox. After all, suggesting that liberal women should have more babies — the shadow text of much of Cohen’s writing — has an absolutely illiberal if not anti-feminist slant. Wasn’t the point of not being Orthodox being relieved of the pressure to have endless babies?

But even more generally, aren’t a disavowal of coercion and an embrace of freedom the very point of being liberal, the very reason we chose to be Conservative or Reform or just Jews, the reason we want our children to be liberal Jews rather than Orthodox or Hassidic Jews, and the reason we’re proud of this tradition?

Like Israel’s delicate balance of democracy and Jewishness, being a liberal or secular Jew is a delicate one, too. On the one hand, we like our Jewish identity and wish to see it existing 100 years from now. On the other hand, without the anti-Semitism that kept us identified as Jews by those who hated us, it may now require an internal kind of coercion to maintain that Jewish identity in the numbers that the Orthodox do.

Liberal Jews bemoan the fact that many in their ranks are marrying non-Jews, and that their grandchildren may not identify as Jews. In fact, blessedly freed of the anti-Semitism that ostracized us, what liberal Jews are really worried about is the fact that their children will choose not to identify as Jews. This does not mean that Jewish continuity is under threat; thanks to the Orthodox and the Hassidic, it’s a foregone conclusion.

And herein lies the paradox of Jewish continuity. Liberal Jews tend to speak of the personal choice to identify as an American rather than as a Jew — a choice granted to us by the liberties we have been given for the first time as Diaspora Jews — as though a genocide were approaching, or as though we are being swallowed up by a black mass of Orthodoxy. But we have eschewed Orthodoxy to pursue personal liberties — and it is that belief in liberty that this longing for more babies betrays.

We have to ask: Wouldn’t we rather our children chose not to identify as Jews than to be forced to do so, either by anti-Semitism or by internal pressure?

I don’t know the answer to this question. But I think it’s one we have to ask.