When Abigail Shapiro opened her computer one morning last week, she was shocked to see a flood of anti-Semitic and misogynist messages across her YouTube channel and coming in via a contact form on her website. Abigail isn’t a controversial public figure or a journalist; she’s a 24-year-old opera singer. But she has the misfortune of being conservative pundit Ben Shapiro’s sister, and that was enough.

Ben Shapiro is the editor-in-chief of the Daily Wire and the host of the second most popular podcast in the country. He formerly wrote for Breitbart, the home of the “alt-right”, among whom Shapiro is a controversial figure. He was the movement’s number one online target last year, according to an Anti Defamation League (ADL) report. His sins include opposing Breitbart after resigning, plus the fact that he’s Jewish.

For these sins, Shapiro has had to deal with images of himself as an Auschwitz prisoner, or images of an African American baby right after his baby was born (a reference to the “alt-right”’s beloved slur “cuck”, short for “cuckservative”). 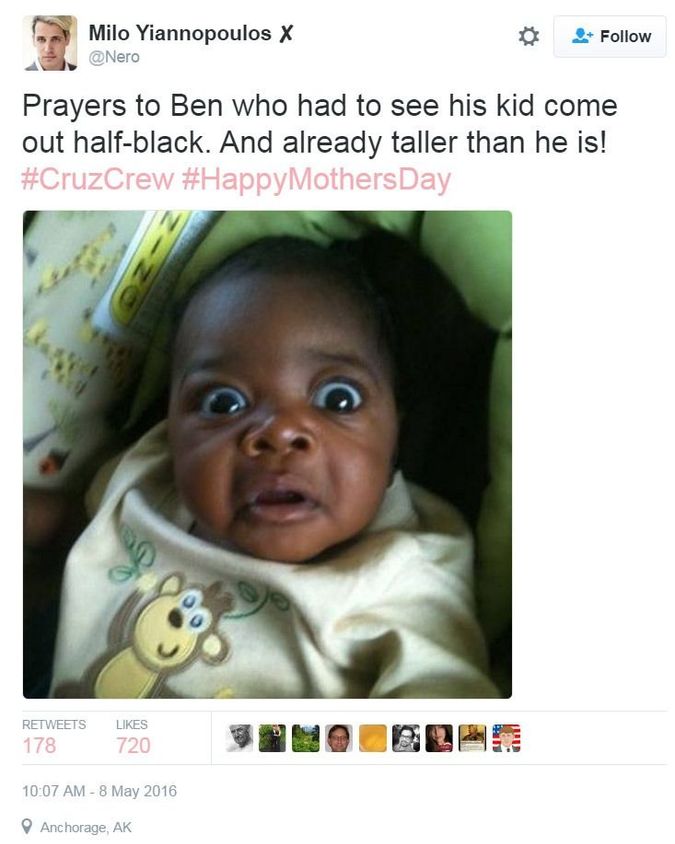 And now, it’s bled over to his sister.

In addition to hateful comments on all her YouTube videos and from her website, stories about Abigail Shapiro appeared on “alt-right” websites like the Daily Heathen, with headlines like “Ben Shapiro Now Using His Sister’s Khazar Milkers to Bring All the Goys to the Yard.” The comments on her YouTube channel became so graphic and so vile, she was forced to turn them off.

“The members of the ‘alt-right’ who are doing this have absolutely no shame,” Jonathan Greenblatt, CEO of the ADL, told me. “The disgusting anti-Semitic attacks and harassment of Ben Shapiro’s sister on her professional YouTube channel is an example of how low these haters will go to attempt to intimidate Jewish journalists and their families.”

Ben Shapiro was similarly disgusted. “My sister doesn’t deserve this,” he told me. “Enough.”

But there’s not much Abigail can do to fight back against these new anonymous attackers. (“We will reach out to our contacts at YouTube to notify them immediately about this abuse of their platform,” Greenblatt promised.)

It’s a frustration many are familiar with. Last year, dozens of American journalists, myself included, were subjected to the wrath of the “alt-right.” But their reach is expanding past journalists. Now, the collateral damage for publishing an opinion for public consumption involves family members — even those working in apolitical industries. Abigail graduated from USC and earned a masters from the Manhattan School of Music, and yet, on her public YouTube page, which is how she promotes her work, anti-Semites have overtaken the comments section.

The confluence of anti-Semitism and misogyny is par for the course for “alt-right”ers. Women are viewed as a soft target, and the misogyny manifests in rape threats and sexual harassment.

Unfortunately for the “alt-right,” Abigail Shapiro, like her brother, isn’t easily silenced. After a week of putting up with the abuse, Abigail decided to go public.

“Now that they know who I am, I’m going to be living with these kinds of things forever — people sending me gross stuff,” Abigail told me. “I’d rather it not be something I deal with privately. My name is going to be linked with Ben’s — at this point or down the line.”

Instead of being a victim of the “alt-right,” Abigail wanted to make clear she will not be intimidated or silenced by them.

What is perhaps most disturbing about the “alt-right”’s attacks on Abigail Shapiro is the degree of their obsession with their opponents, and their willingness to spend their time sleuthing in order to “dox” — expose personal information — not only of their opponents but of their opponents’ families.

Indeed, Abigail has no idea how she was even tracked down and linked to her brother. Shapiro is an incredibly common last name, and Abigail and Ben have never been publicly identified together. They aren’t even Facebook friends. And Abigail’s social media profiles are locked down, in large part because of her brother’s public persona, with the exception of her YouTube page, which is filled with opera performances.

Nevertheless, the “alt-right” fit the puzzle pieces together. They seem to have first identified Abigail on 4chan, famously dubbed by the Washington Post as the Internet’s own bogeyman. 4chan is infamous for spreading fake news and helping far right trolls viralize their memes.

However they found her, there’s no sign that they are about to let up. The online harassment of family members is now one more thing we have to look forward to for taking a stand against the far right.