Actually, Some Of Us Older Feminists Did Oppose Bill Clinton 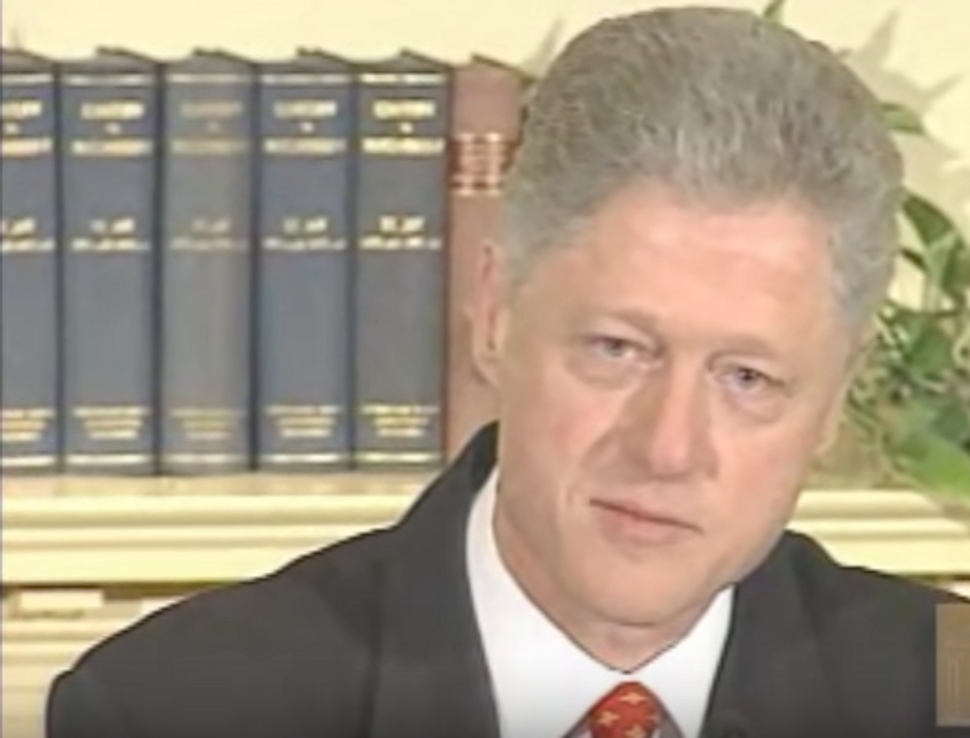 It’s becoming suddenly fashionable to claim that way back in the late 1990s, liberals and feminists (often considered one and the same) all gave President Bill Clinton a pass for his sexual misconduct before and during his time in the White House.

I don’t dispute the charge that feminists — including Gloria Steinem, a woman I still admire — chose to believe Clinton over the many women who credibly claimed that that Clinton has sexually assaulted them. As Caitlin Flanagan wrote in The Atlantic: “Clinton was not left to the swift and pitiless justice that today’s accused men have experienced. Rather, he was rescued by a surprising force: machine feminism.” His supporters’ devotion to his political and ideological agenda blinded them to their own hypocrisy, much as we are now seeing in the case of Roy Moore — and another guy in the Oval Office.

But this critique of history unfairly overlooks the many “liberal feminists” who were willing to see past their partisan perspectives and take Clinton to task in the most definitive of ways. I know, because I was one of them.

As editorial page editor of The Philadelphia Inquirer, the first woman to hold that position, I wrote the endorsement of Clinton for reelection in 1996; the newspaper also endorsed him in ’92. We were a Democratic-leaning editorial board in a fiercely Democratic town, and our anguished debate about whether to call for Clinton’s resignation lasted two and a half hours. Some members of the board vehemently disagreed with the outcome.

In the end, we considered Clinton’s further tenure untenable because he lied under oath, not directly because of his sexual misconduct in office, which though it was, frankly, disgusting, it appeared to be consensual. Still, I am proud of the editorial written by my deputy, Chris Satullo, and published September 13, 1998 beneath our banner.

“Bill Clinton should resign,” it began.

“He should resign because his repeated, reckless deceits have dishonored his presidency beyond repair.

He should resign because the impeachment anguish that his lies have invited will paralyze his administration, at a time when an anxious world looks to the White House for surefooted leadership.

He should resign because, if he does not, his once-glittering agenda of centrist change faces a devastating setback in November’s congressional elections. And those results will reflect not the views of the American majority on the issues – they are with him there – but only a weary, tragic turning away from a politics turned sordid.

He should resign because that is his best hope to preserve shards of sympathy and respect from the verdict of history, to which he has devoted so much self-absorbed worry.

He should resign because that is the best hope for sorely needed national catharsis.

He should resign because it is the honorable thing.”

Ours was not an unheard of stance — about 115 newspapers called on Clinton to step down — but it was hardly as ubiquitous as the editorial endorsements showered upon Hillary Clinton last year and it certainly wasn’t popular among many Inquirer readers, not to mention some friends and neighbors.

I can attest that it is brutal to go against your tribe, to find yourself surrounded by uncomfortable stares and accusatory conversations, flavored with a strong sense of betrayal. This was before Facebook and Twitter had been invented, so much of the criticism I received was in person or close to it, un-muffled by the anonymity social media now provides.

Of course, history would later show that this bold directive was unheeded by the president himself, who went on to weather impeachment hearings and eventually left office with a 65% approval rating, at the time higher than any other president since Harry Truman.

I still believe that we did the right thing, and my mind hurts when I think of how differently the world might look today if a President Gore had taken office a couple of years before his own election was stolen from him.

My message? While it’s true that men and women will overlook a politician’s misconduct and mendacity when it’s their guy, do not forget that there are voices willing to challenge that orthodoxy. And it’s dangerous to ignore or forget that they existed.

Actually, Some Of Us Older Feminists Did Oppose Bill Clinton