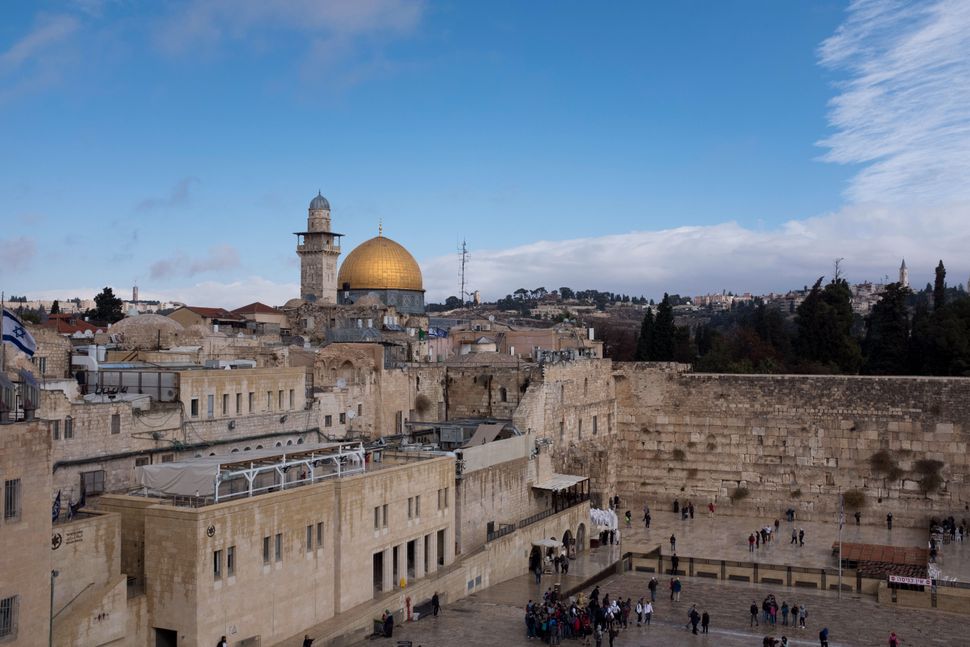 After my third son, Lev, was born, he had complications and I stayed with him at Hadassah Hospital. In the room on my right I could hear an ultra-Orthodox woman singing in Yiddish to her infant. On my left, a Palestinian woman murmured in Arabic to her tiny son. The machinery hooked to him kept beeping and beeping and nurses ran in and out.

We looked into each other’s eyes.

She had no visitors, and spoke only Arabic. I inquired and found out that she was from Gaza. It was obvious her baby was in grave danger. That’s why she hadn’t been taken to Egypt or Jordan or even to a hospital in the Palestinian territories. She came to Hadassah, where the doctors, nurses and patients are of all faiths and the care is second to none.

That’s my Jerusalem, a city with a mission of openness and tolerance, a city of hope for millions of people for thousands of years.

Jerusalem is Israel’s capital. For nearly 70 years, it has been the seat of the Knesset, Supreme Court, the President’s home and most government ministries. Since the biblical era, it has been the beating heart and soul of the Jewish people, mentioned over six hundred times in our scriptures, the focus of our prayer and yearning.

President Trump’s decision to recognize Jerusalem just affirms what Israelis and many around the world already know.

For thousands of years, Jerusalem was dysfunctional: captured, destroyed and rebuilt. The words of Elie Wiesel, the late writer, seven years ago remain true: “It was inevitable: Jerusalem once again is at the center of political debates and international storms…Neither Athens nor Rome has aroused that many passions.”

Yet today under Israel’s sovereignty it is open, and thriving. No one can deny that Jerusalem is in the midst of a glorious renaissance and I see evidence every day that it will continue to flourish.

In my capacity as the director of the International Office for Jerusalem Partnerships, my goal is to steer philanthropy to serve the true needs of the city. Around the world, there is a deep passion to improve the lives of all of the city’s residents, especially the children. Jerusalem has close to 300,000 students in its pre-college school system.

And a third are Palestinian.

On any day, you might see first-graders in navy blue skirts giggling on a tour in Arabic of our world-class Israel Museum. This Monday I presided over a meeting of international funders and Jerusalem civic leaders focused on bringing more STEM education to East Jerusalem and ultra-Orthodox students. We’re working on vocational training, soccer fields and basketball courts, too.

You’ll hear that President Trump’s decision will bring violence. I pray that will not be so. When I served as senior advisor to the Mayor of Jerusalem, I saw terror and trauma, the speed of recovery and the strong human spirit of our citizens.

Little will change. Mothers of different faiths will give birth side by side, Muslim, Christian and Jewish vendors will continue selling cucumbers and tomatoes, spices dates and nuts at the famous Mahane Yehuda Market; we’ll sit next to each on the light rail, and bike on the same paths and look at the same elephants at the zoo.

Brachie Sprung is the Executive Director of the International Office of Jerusalem Partnerships. She was the Senior Advisor to the Mayor of Jerusalem Nir Barkat from 2012 to early 2017. She now lives on the Upper West Side with her husband and three sons.