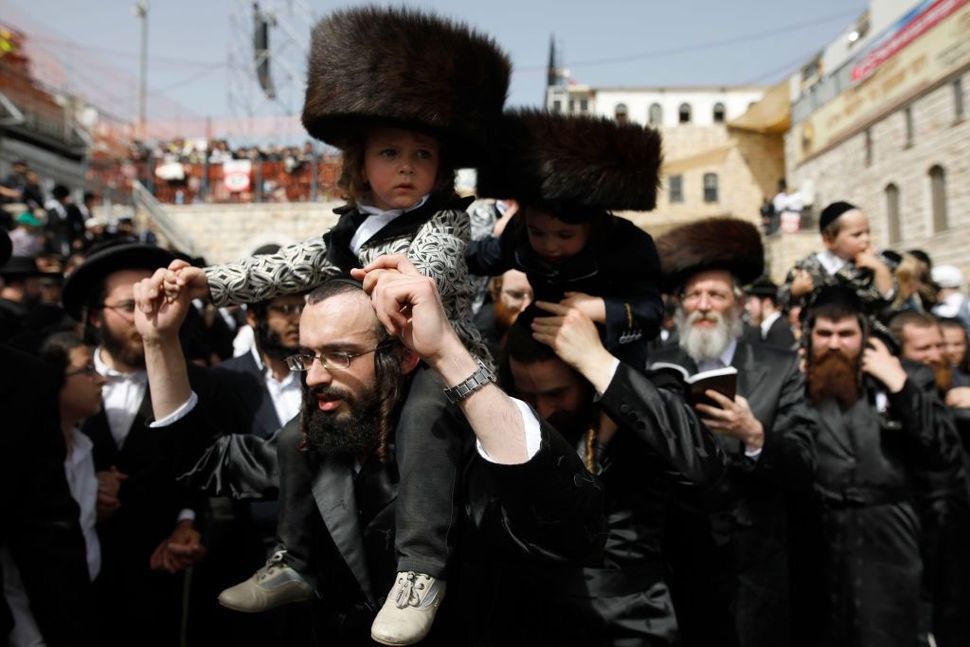 In a recent piece entitled “Why are Orthodox Organizations Embracing Christian Values?” Rabbi Jill Jacobs attacked Orthodox Jews for opposing the Obama Administration’s now-rescinded health insurance mandate, which required employers to provide or be complicit in providing some abortion-inducing drugs and sterilizations. She incorrectly suggested that this position conflicts with Jewish law, suggesting that these Orthodox Jews came to this conclusion after being seduced into political alliance with conservative Christians.

But Jacobs is wrong about the Jewish views on abortion. Going at least as far back as Maimonides (Laws of Murder 1:9) and up until the middle of the 20th century, the rabbinic consensus has not been — despite Rabbi Jacobs’ claim — that life begins at birth. While the matter is complicated, most Orthodox legal precedents forbid abortion except in cases where the mother’s life is in danger and requires violating the Sabbath to save a fetus. Rabbi Moses Feinstein explicitly characterized abortion as murder. (Igros Moshe, Choshen Mishpat II:69) And Rabbi Joseph B. Soloveitchik wrote that life begins at conception. (The Emergence of Ethical Man, pp. 27-29) Jacobs, however, seems to believe that Orthodox Jews suddenly started opposing abortion because conservative Christians do.

In fact the reverse is true. In ancient times, Judaism was well-known for its opposition to abortion and infanticide, a fact noted by the first-century Roman historian, Tacitus, who wrote with puzzlement bordering on contempt that Jews found it “a deadly sin to kill a born or unborn child.” Moreover, the Bible (Leviticus 22:24 and Deuteronomy 23:1) attacks sterilization, which the Obama administration also included in its mandate.

Orthodox Jews’ objection to abortion might be less absolute than that of Catholics or evangelical Christians, but that doesn’t mean it doesn’t exist, or that it’s inauthentic.

Many faith groups object to the government forcing employers to subsidize abortion-inducing drugs and sterilizations. What they have asked for in cases such as Burwell vs. Hobby Lobby in no way impedes their employees’ access to these items, which are available by other means. They merely ask that they not be forced to act in opposition to their consciences in providing them.

So it’s ironic that liberals, and liberal Jews, oppose these requests. It’s clear that the tolerant — and liberal in the original meaning of term — solution should be to err on the side of protecting the religious liberties of all individuals. Instead, many progressives have chosen to demonize and dominate those with religious and cultural positions that are now in the minority.

This is the most disturbing part of Jacobs’s essay: its intolerant framing of an issue that should be important to all Jews — as it is to many Muslims, Hindus, Christians, Native American religious groups, and other communities of faith: the issue of religious tolerance and protecting minority rights. For today, it is the religious abortion opponents who are in the minority and whose religious freedoms are under threat. Indeed, these groups strongly backed the main legal challenge to the health insurance mandate out of a belief that our society ought to err on the side of toleration.

In this climate, it’s not surprising that traditionalists of various faiths are solidifying alliances among themselves and with others who care deeply about individual liberty more generally, since increasingly both religious and secular progressives seem to be indifferent or even hostile to religious freedom.

It’s a troubling situation to say the least. As we all learned in school, respecting majority opinion while protecting the rights of minorities is at the core of the American Constitution. That more conservative religious groups are in the minority now is unquestionable. There is a wealth of statistics demonstrating a shift in the majority culture in the past generation. According to Gallup, In 2001, most Americans viewed homosexuality, unwed pregnancy, and doctor-assisted suicide all as morally unacceptable. By 2015, a majority had the opposite view. In other words, many widely held traditional beliefs have very quickly ceased to be those of the majority. These trends have trailed behind similar developments in higher education, where Democrats outnumber Republicans by as much as 12:1, and journalism, where there are now about five times as many liberals as conservatives.

But as progressive ideas have become more mainstream, liberalism has become illiberal, and difference has earned disdain rather than respect. The not-so-liberal position advocates forcing Americans to violate their religious tenets even when reasonable alternatives exist.

The sad truth of the progressive argument is that it has abandoned liberalism — claiming the mantle of promoting liberty while in fact trampling individual rights. Liberals once believed that a good society is a free society that fiercely guards individual liberties from dictatorial majorities. As members of a persecuted people, and as true believers in the justice of this position, Jews joined this fight wholeheartedly. At the time of the Constitution’s ratification, Jews and Baptists (the latter a group that then faced much intolerance) were some of the most enthusiastic opponents of established religion.

Jews of all denominations participated in the great civil-rights battles of the 19th and 20th centuries. While they aligned wholeheartedly with Christians in these efforts, hardly anyone asked why Jews were “embracing Christian values.” Did anyone raise this objection when Rabbi Abraham Joshua Heschel marched alongside Reverend Martin Luther King, Jr. and the other Christian clergy who were at the head of the civil-rights movement? Alliances in the promotion of just causes were rightly celebrated, not derided.

The defense of religious freedom adopted by many Orthodox Jews today is consistent with this honorable legacy. It also corresponds both to the Founders’ vision for America and to our need as Jews to safeguard or own rights. It is tragic irony that Rabbi Jacobs accuses her Orthodox brethren – the only Jewish denomination with a negligible intermarriage rate — of adopting foreign values. By embracing both our Jewish tradition and the Western values of toleration, Orthodox Jews are strengthening the heritage that has allowed Americans to flourish together peacefully for so long. It’s high time that all Jews realize that the freedom of other religious communities to follow the dictates of their respective faiths and maintain their unique identities is the same freedom that Jews enjoy as well. We must fight together to preserve something distinct for each of us, and we stand or fall together.