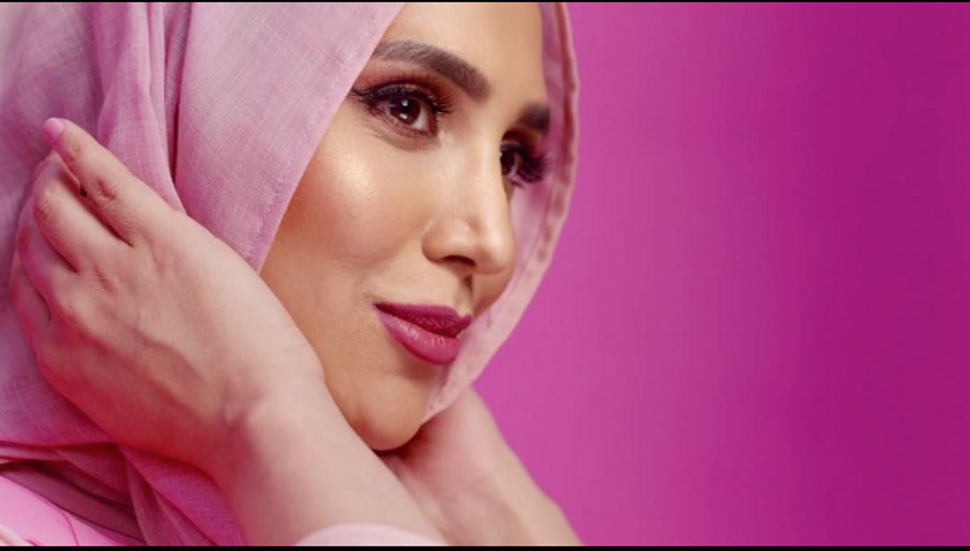 Muslim model Amena Khan stepped down from a L’Oreal campaign after it emerged that she had posted anti-Israel messages on social media. Image by Amena Khan / Instagram

On Monday, hijabi beauty blogger and model Amena Khan announced that she was voluntarily stepping down from her role in a L’Oreal Paris ad campaign — over some tweets that criticized Israel. In a statement posted to Instagram, Khan apologized for the tweets, which were posted in 2014 during the Gaza War. Her apology and renunciation of her role in the L’Oreal campaign came days after a Daily Caller post resurfaced her tweets from 2014. Though they have been deleted, they are now circulating on the internet.

Amena Khan was chosen by @LOrealParisUK to model for the company’s newest hair product campaign. However, a search of Khan’s Twitter account raises questions about the appropriateness of making her the face of the new campaign. Khan frequently espouses anti-Israel views. pic.twitter.com/ynMQ7dfjXJ

As a result, Ms. Khan stepped down, and posted a sincere apology.

Her departure from L’Oreal appears to have been Khan’s own decision, unlike another prominent incident involving L’Oreal, in which transgender model Munroe Bergdorf was let go from an ad campaign after she criticized “the racial violence of white people.”

But Ms. Khan’s decision raises troubling questions about the ways in which conservative call-out culture can lead to the stifling of needed voices. The issue also plays into a contentious battle between the left and some in the Jewish community about whether, and when, anti-Zionism can cross the line into anti-Semitism.

But Ms. Khan’s tweets, while decidedly harsh, do not cross the line to being anti-Semitic canards. There is no discussion of Zionist control of governments, “Zionist” bankers or the purported malevolent influence of George Soros on world elections. There are no dog-whistles to the biases of millennia.

Ms. Khan calls Israel an “illegal state” and a “sinister state” and accuses it of the brutal murder of Palestinians. These are certainly words that might unsettle supporters of Israel. Yet Ms. Khan also took care to clarify that her criticism of the Israeli military did not extend to all Jews, pointing out “Orthodox Jews themselves condemn the actions of Israel,” and noting that prior to the state’s establishment, “Christians, Jews and Muslims lived peacefully side by side in Palestine.”

Ms. Khan’s (self) ouster due to these tweets reinforces the notion that those who are critical of Israel — even harshly or indecorously critical — do not belong in the public sphere, even if they are careful not to stray into anti-Semitism. And that’s a shame, not least because it erodes the possibility of combating anti-Semitism when it does arise.

Is criticism of Israel worthy of such a public chastening, one that amounts to a severe blow to a burgeoning career?

As it should be clear, I think the answer to this is no, especially given how important Ms. Khan’s career is.

Recall that Ms. Khan wears a hijab, the religious hair-covering that some Muslim women don. In conversations about the importance of representation, commentators have acknowledged in recent years the damage that a white, Western-centric, blonde, blue-eyed, thin standard of beauty has wrought. For those outside those constricted metrics, there is a feeling of invisibility. In art, this results in an asymmetrical situation in which those outside these narrow bounds of conventional beauty must perpetually identify with those who don’t look like them; this can cause feelings of alienation so profound that the sociological term for the effect is “symbolic annihilation.”

As Ana-Christina Ramón, director of the Bunche Center for African-American Studies at UCLA, told the Huffington Post, underrepresentation in popular narratives may make the marginalized wonder, “‘Do I matter? Does society value me as a person?’”

Fashion isn’t fictional, but it serves as a template for beauty; the idealized images of models on magazine pages and billboards serve as a continual visual reminder of the bounds of attractiveness in the public sphere.

For hijab-wearing women, there are precious few opportunities to see oneself in these glossy images, and thus precious few opportunities to see oneself represented as a figure of beauty, desired, seen. As Khan put it in an interview with Vogue, being a hijabi model in a hair ad in particular allowed her to challenge the assumptions of audiences: “Why is it presumed that women who don’t show their hair don’t look after it?”

It’s a question that Orthodox Jewish married women might identify with.

Hijab-wearing women, because they are readily visually identifiable, have suffered countless acts of humiliating and prejudicial violence in recent years. In the United States, women wearing hijabs have had their head-coverings snatched off, been subjected to racist abuse and profanity, and suffered extreme anxiety about their visibility in the aftermath of Trump’s election. And in the U.K., where Khan’s advertisement was meant to be aired, violent incidents against hijab-wearing women have included a woman dragged by her hijab down the street, and others brutally beaten.

While it’s certainly neither my place nor prerogative to question Khan’s decision to step down, I mourn the lost chance for Britain’s hijab-wearing women to revel in representation, to be seen as figures of beauty because they are beautiful.

Khan’s years-old stance on a foreign-policy issue, which took care to steer clear of irrational prejudice, seems an ugly pretext to remove a chance to undo the symbolic annihilation that Muslim girls routinely face in the West.