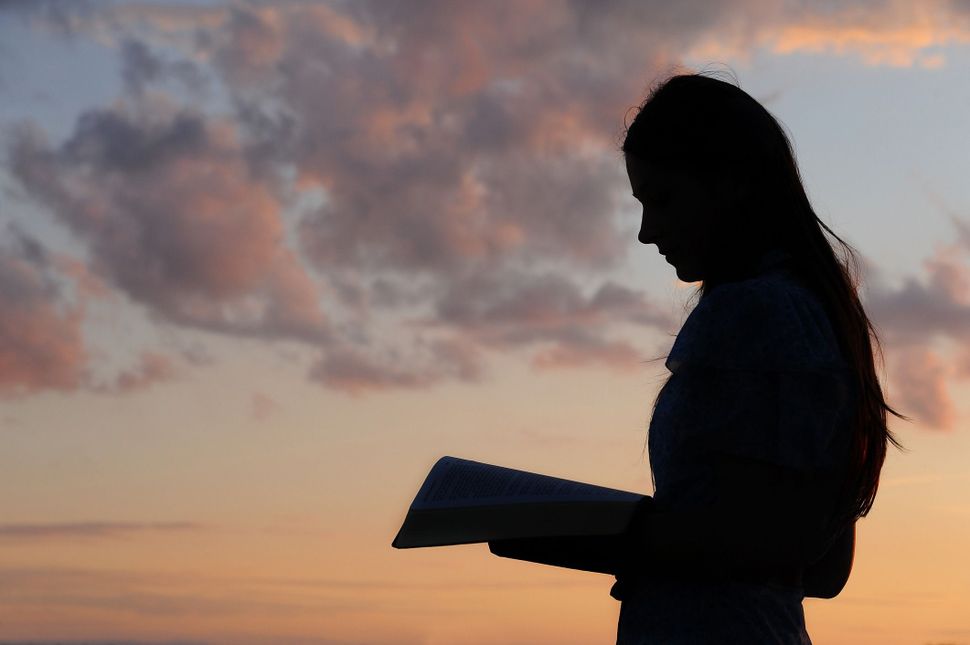 Schenirer is the OG Orthodox feminist. She was a blazing renegade who could stand with Gloria Steinem and bell hooks, who valued curiosity and knowledge with a passion. Schenirer grew emboldened to create an opportunity for women to learn after watching her brothers study Torah from afar, rebelling against the dearth of intellectual engagement among religious women. Despite resistance to her movement, she was determined to not to let religious Jewish women be pigeon-holed into the strict utilitarianism of folding clothes and baking kugels.

Unfortunately, Schenirer’s revolution has shriveled into an institution that associated a woman’s worth with her ability to attract a good match and the length of her skirt. Indeed, if catapulted in a time machine to this day and age, Schenirer would frown at the current Bais Yaakov trends that serve little purpose other than suppressing individualism.

As an alum of her movement, I have experienced the proverbial good, bad, and ugly of a Bais Yaakov education. Allow me then to suggest six ways that Bais Yaakov can follow the footsteps of their cool matriarch instead of reveling in stagnancy and repression.

Stop telling us that immodesty will be the death of us.

Imagine growing up on tales of scantily dressed women getting hung by their nipples in hell. Stories of punishment for immodesty were raw, graphic and rampant, whispered by teachers in horror-stricken classrooms to young women in Bais Yaakovs across the country and Israel. Other stories told tales of Jewish females martyring themselves for modesty’s sake, or women exploding into ashes as punishment for infidelity.

Recommendation to Bais Yaakov: You can attempt to use sound logic to preach the ethos of tznius, but do not use alarmist (and untrue) stories to submit girls into a life of loose dresses.

Moreover, defining a woman by a sole mitzvah is unwise. Her goodness and complexity run deeper and thicker than any one of Rav Falk’s doctoral theses on modesty. If a girl is taught to use a measuring tape to assess her value — literally —, then her sense of self is already fractured at a tender age.

Don’t do that to her.

“Push her hair back!” my principal barked at the timid 12th grader standing near me.

‘Twas the night of senior yearbook photos. Each senior had a girl “assigned” to her. The assigned girl’s job was to ensure that the senior kept the girl’s hair behind her shoulders for the yearbook photo.

This rule was a bummer. I remember saving my meager allowance to go to a salon for a blowdry for the photo because — as we all know — high school yearbooks are passed between the eager hands of potential mother-in-laws for marriage prospects.

But, no. I could not use my long black hair to softly frame what was otherwise a bushy-browed dorkfest of a face. After all, my hair is Lilith incarnate. And surely every woman who looks at it will transform into a lesbian and every man into a lothario.

Recommendation to Bais Yaakov: Our personal style is already censored with a perennial demand for skirts that go past the knee. Please allow us slivers — mere slivers — of self-expression.

If young women are following the central guidelines of tznius, why can’t they wear green nail polish to contrast the ubiquity of dark cardigans? Why can’t they slip on a pair of combat boots to offset imposed femininity?

What does a Bais Yaakov high school classroom sound like in a post-Weinstein world? Do its walls reverberate with radio silence while the rest of the nation engages in discourse around sexual violence? Moreover, does it defend its silence by claiming that the laws of modesty and yichud are sufficient protection against men’s abuse of power?

While the aforementioned Jewish laws are barriers, they are definitely not foolproof.

And dating debauchery can occur within the shidduch community, too. Take it from a woman whose tragic gullibility unraveled after Orthodox boys used tactics that the Aziz Ansari’s of the world would — despite glowing reports from matchmakers and the laws of yichud being observed.

Recommendation to Bais Yaakov: Abandon the boring narrative where Jewish women are the harlots with audacious hips. A religious woman is less likely to defend herself against sexual harassment or assault because she is taught to victim-shame herself. In the Orthodox community, the onus of preventing men from sinning is often on her.

Bais Yaakov, it is not logical to insist on controlling every aspect of a woman’s sexuality, but then to fall short in the one area that is necessary for her well-being: having the language to protect herself against an invasion of will.

Use tales from the Torah to stimulate conversation. Dinah was concealed in an actual box for God’s sake, and yet she was still raped.

Please teach us science and take our intellect seriously.

Teach us evolution. Teach us that just because we’re exploring alternative acts of creation does not mean that we will become the female embodiment of Sam Harris or any other Jewish atheist. Don’t university-educated rabbis have what to say about Darwin’s theories? Allow us to discuss these theories then. Passionately.

Recommendation to Bais Yaakov: Viewing us as young women with firing synapses and the ability to formulate an opinion instead of rows of tabula rasas will truly endear you to us. And wouldn’t it be special if Bais Yaakov kills indoctrination thereby birthing the next RBG? The judge’s robes are very tznius after all.

A Bais Yaakov girl sits for approximately eight hours of Judaic and “Secular” studies a day. Her shoulders are hunched as she takes scrupulous notes and knotted as she prepares for her Chumash exam, Ivrit quiz, and literary essay. On top of that is the expected teen angst. And on top of that, is the delightful repression of a 100 school rules.

Why can’t Bais Yaakov offer a true gym class? Why are girls’ soccer and volleyball teams slated for just Modern Orthodox schools? I’m still waiting to hear all about the sinewy sin of shooting hoops with other females to build confidence, sportsmanship, and physical strength.

Recommendation to Bais Yaakov: Machanayim, your once-a-week version of dodgeball, grows tedious and is not enough to keep girls active. And neither is a bi-annual “simcha” dance lesson (where the most risque move is a four-step cha).

Instead, allow girls to compete with other schools and offer a variety of exercises in gym class. I’m not suggesting Zumba, chas v’shalom, because we all know it leads to prostitution. But maybe tap dance? It’s more about the feet than the butt, right?

Bais Yaakov, keep us healthy. After all, how else will we build the energy required to chase after our future husbands and children?

And speaking of husbands and children, please encourage us to see ourselves as more than wives and mothers.

Some women will fall into the arms of their bashert the moment they graduate from seminary, all rosy-cheeked and bursting to the brim with an endearing-slash-annoying naiveté about marriage.

Others will trudge their feet through the mud race that is shidduchim or matchmaking, all while worrying that they’re not attractive enough or that they’re too ambitious. Still, others will eventually grow weary of matchmaking and turn to JSwipe, digital landscape of extended male adolescence and pictures of tranquilized tigers.

Regardless, every girl must be taught that she is enough.

The older single Orthodox woman must stop being viewed as tragic spinsters of a Victorian novel, pitied and pestered, fragile and forlorn.

She must also be empowered. Bais Yaakov, and the wider religious community, is terrified of the single woman’s brazenness to define her own purpose. This is because Orthodox women are tethered to Judaism and community based on their ability to wed and procreate. Bais Yaakov worries that if women are not busy with diapers and dishes, then the passing days will be instead used to question religious tenets.

What’s more of a threat to religious life, however, is the isolation of single women.

Recommendation to Bais Yaakov: Realize that not every girl has the resources, familial connections, supportive networks, or even the desire to marry young and well. To expect each student to achieve this lifestyle shortly after seminary is disenfranchising and does not align to the Torah value of inclusivity.

Yes, Bais Yaakov can preach the how-tos of forming healthy marriages, but they should also discuss how single Orthodox women can live a robust life full of professional and personal fulfillment.

A BY graduate should be on a path of learning to love herself so deeply and so expansively that if a spouse or child never comes along, she will know how to thrive.

Rebecca Mordechai is a writer at a vertical of TIME magazine. She is also a former middle school English teacher with an MA in English Education from Brooklyn College. She likes to ramble about her Azerbaijani culture, Jewishness, Netflix, and feminism.