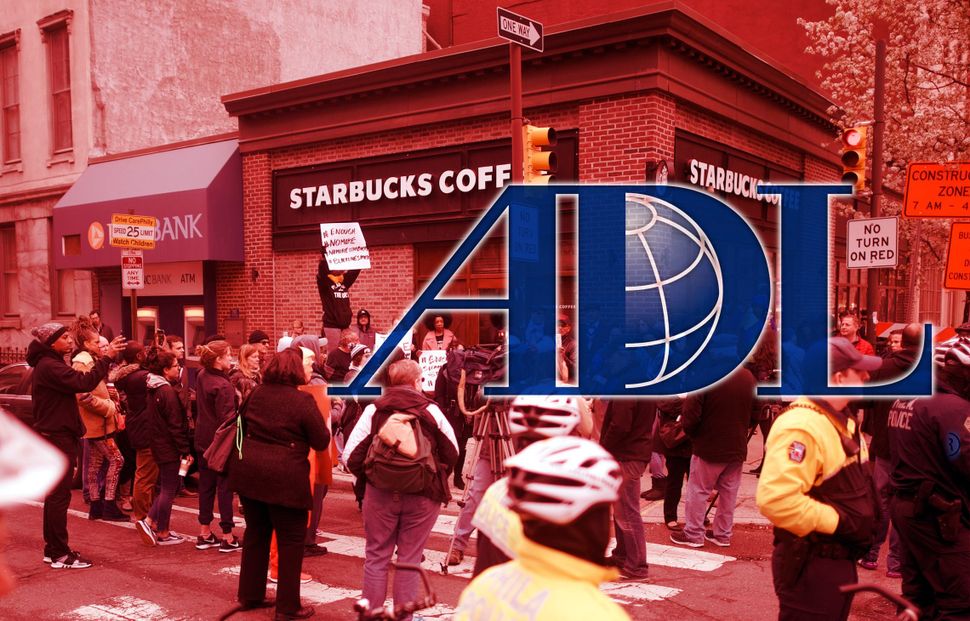 “Excuse me sir,” my mother would say in her precise and native Hebrew to the first security agent she would spot at the Israeli airport. “I am an Arab.”

This was the strategy my mom had adopted to deal with racial profiling when traveling back to the US from Israel with her two children.

We didn’t exactly fit the Israeli stereotype for Palestinian Arabs. My brother and I, in our backwards Yankee caps and baggy jeans, read more Jersey than we did Jenin. But our names gave us away, and if they somehow didn’t, the ID numbers on our Israeli passports would. Inevitably, the security agents would read these documents once we got to the front of the line.

That’s when the separate and unequal treatment would routinely begin.

We would always get asked a series of questions, and then have our luggage picked apart, often one item at a time as we sat waiting, watching others not considered “demographic threats” wiz through security. There on the table would sit the contents of our bags: our rollerblades and our American football alongside the precious Za’atar, roasted sunflower seeds and Arabic coffee — the forensic evidence of a family straddling two cultures.

It was time-consuming; you could even miss your flight if it took too long. My mother’s calculation was simple: having just gone through the emotional process of bidding her family and homeland farewell and bracing for 12 to 20 hours of travel with two young boys, she figured, best get it over with as soon as possible to make our flight and start the journey back.

To me, a loudmouthed opinionated kid who had grown up learning about the Civil Rights Movement in school, this concession to racism was infuriating. And yet, it was and is part of being a Palestinian citizen of Israel.

It was experience that came to mind a few weeks ago when I saw the viral video of two young black men in a Philadelphia Starbucks being arrested and detained for hours for simply standing around in the coffee shop — something I and probably everyone reading this has done.

@Starbucks The police were called because these men hadn’t ordered anything. They were waiting for a friend to show up, who did as they were taken out in handcuffs for doing nothing. All the other white ppl are wondering why it’s never happened to us when we do the same thing. pic.twitter.com/0U4Pzs55Ci

When I watched that video, I recognized in a very personal way the racial profiling and unequal treatment I myself had experienced.

Anti-Muslim racial profiling and anti-Black racial profiling are of course not the same. The legacy of slavery in the United States still manifests itself as structural racism in our present and overcoming it remains a perpetual struggle. But I knew from my experiences in airports and elsewhere what it was like to be considered a threat due to my race, and I felt a powerful shock of recognition watching the video.

So I was glad to see Starbucks announce they will be shutting down their stores to do implicit bias training.

But it was short lived. Because of all the organizations Starbucks could have reached out to for assistance, they chose one with its own dark history of aiding law enforcement to target communities of color: the Anti-Defamation League.

The ADL’s important role in calling out anti-Semitism is well known. And yet, the ADL has a chequered past when it comes to cooperating with law enforcement at the expense of communities of color.

As early as 1940, an ADL official supplied the FBI with lists of hundreds of ADL employees and affiliates, from staff at local offices to Hillel’s at universities, who would be willing to cooperate with the FBI to “secure information on individuals” that any given FBI field office would be interested in.

They also employed paid informants to spy on other groups, including Arab student groups, in the late 1960s, which infiltrated student meetings and reported on the proceedings. This information, which the FBI received, was collected at the height of its infamous COINTELPRO era, which targeted all sorts of dissenters throughout the United States from Arabs to Black Civil Rights activists and other groups in the New Left.

Worse, in 1993, an FBI probe into the ADL began after a police inspector sold information on anti-apartheid activists to the South African government – information gathered for the ADL. The ADL had amassed more than 10,000 files on people and organizations from neo-Nazis and the Ku Klux Klan to civil rights groups like the NAACP. Overrepresented were Arab or Muslim organizations and pro-Palestinian activists.

A 1993 lawsuit charged the organization with a “wide-ranging network of unlawful surveillance” directed at Arab-Americans and other pro-Palestinian groups.

In more recent years, the blatant contradiction between the ADL’s ostensibly civil rights mission and its actions were characterized by its opposition to a Muslim community center in lower Manhattan, which became ominously known as the “Ground Zero Mosque”.

It’s true that this is history. Under the new leadership of Jonathan Greenblatt, the ADL opposed Trump’s Muslim Ban. And yet, this is the lowest hanging fruit for a supposed civil rights organization.

Furthermore, even under Greenblatt, the ADL is backing unconstitutional legislation aimed at intimidating supporters of boycotts for Palestinian rights. Its participation and support for Countering Violent Extremism (CVE) programs — government led programs that unfairly put the microscope of the state on Muslim communities — suggest the ADL’s long history of working with law enforcement in ways that embolden state repression of vulnerable groups are still present today, despite a new face in leadership.

But further proof comes from the ADL’s most problematic efforts: its sponsorship of exchange programs to bring American police to Israel to train with Israeli police and intelligence and security forces, “to share best practices and lessons learned in fighting terror.”

As someone who has experienced first hand Israel’s “best practices,” I can say with certainty that they are not methods we should be importing to the U.S.

Of course, racial profiling doesn’t only happen in Israel, as the Starbucks incident clearly shows. But here’s the thing: while racial profiling does happen here in the U.S., and while we definitely have a problem with racialized policing and a racialized justice system, I think we realize that this is not how policing should be done, even though we recognize that unfortunately, this is routinely and how it is done, thanks to the long legacy of racism in the relationship between people of color and state institutions in this country.

In Israel, however, the belief is that racial profiling is how things should be done. It is not just endemic and systemic in institutions as it is here in the US; it is openly embraced by society as well.

Racial profiling in Israeli law enforcement, from the upper echelons of state security all the way down to the civilian police, is not the exception but the norm. Israel’s police commissioner said in 2016 that “It has been proven that immigrants are more involved in crime than others” and that when an Israeli police officer encounters an Ethiopian Jew or Israeli Arab “it’s natural for his brain to suspect him more.”

And as Lt. Col. Eran Tuval, lab commander of the IDF Ground Forces Command’s substances laboratory, told Anshel Pfeffer when he asked why Israelis but not Americans are allowed on planes with liquid, “Oh, that’s simple. We use racial profiling, they don’t.”

He said the words “racial profiling” in English. “To Israelis, the practice of picking people out based on racial stereotypes is so self-evident, there isn’t even a Hebrew term for it,” writes Pfeffer. Meanwhile, “the general consensus in the West is that it is unthinkable to subject passengers with certain shades of pigmentation and names germane to a specific part of the world to more rigorous searches.” And yet, in 2015, the Israeli Supreme Court dismissed a petition calling for the elimination of racial profiling.

This is what the ADL is helping American law enforcement import to U.S. cities.

Trips for US police to train with units where racial profiling is routinely accepted is the opposite of anti-bias training. And this is to say nothing of the problem of militarization of our police in the United States, which also will not be redressed through training with Israeli “counter-terrorism” units.

ADL is in desperate need of some clarity on its mission.

Earlier this week, the organization seemed to be heading in the right direction, calling out the Canary Mission — a group that posts blacklists of “anti-Israel” students on campuses — as “Islamophobic and racist.” ADL retweeted an op ed calling out the Canary Mission for using “intimidation tactics, is antithetical to our democratic and Jewish values, is counterproductive to our efforts and is morally reprehensible.”

But then just a few days later, the ADL backtracked its condemnation, apologizing because Canary Mission is fighting anti-Semitism on campus “like us.”

Thankfully, there is a growing awareness of the problematic exchange program. In recent weeks Durham, North Carolina became the first US municipality to determine that training with units that accept racial profiling and advance militarization of civilian police is not something they want their police force doing. More municipalities should follow suit; it simply makes no sense to send our police to train with units where racial profiling is practiced and permitted if we want our police to stop doing so.

And just today, it looks like ADL has been demoted from leading Starbucks’ anti-bias training to consulting.

I have yet to travel through Israeli security with my son. Given the direction Israel is headed, I may never be able to. But I hope we can work toward a world where I and others can do so without having to concede that our identity alone is grounds for suspicion.