I’m A Gay Jew Of Color Who Supports Israel. The Left Hates Me 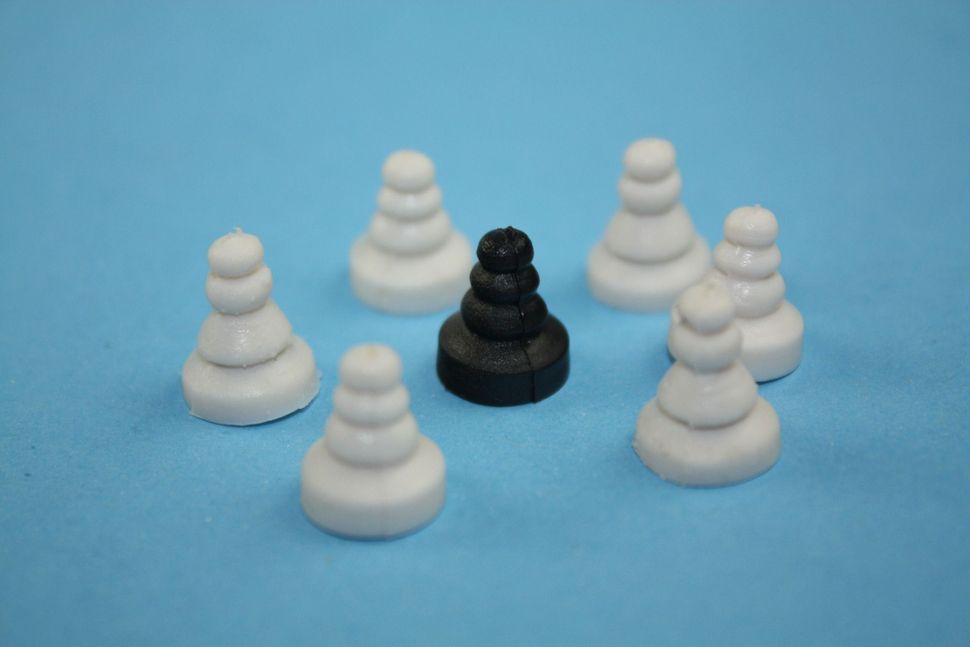 I’m a gay Mizrahi Jew who supports Israel. And the left hates me.

It’s ironic. I am the embodiment of intersectionality. I’m the son of an Iraqi mother and North African Berber-Amazigh father. I grew up in an underprivileged community, a gay boy in the closet who then became an openly gay man. I identify as Jewish but secular.

You’d think as a Jew of color who’s gay and from an underprivileged background, the left would be a natural fit. And yet, from the point of view of the American Jewish and Israeli left, one cardinal sin keeps me from their ranks. On top of all the aforementioned, I am also an Israeli who served in the IDF as a humanitarian officer. And I firmly believe in Israel’s right to exist.

I am an Israeli speaker and a writer who does not focus all of his activism on criticizing and bashing my country. I don’t have any other nationality, and I’m not planning on applying for an Iraqi or Tunisian one. As a result, I find the security of my country and the future of its existence critical. Moreover, I am a practical person, and find empty criticism of my country counterproductive and harmful to our democratic process and development, unlike constructive criticism.

Of course, on the right, I am not fully accepted either. As a progressive, my values don’t align with theirs. Right wing activists criticize me for using the word “occupation,” even though military control of a region is by law and textbook definition an occupation. And of course, there’s the gay part. One right wing activist even criticized me for supporting the Pride parade in Jerusalem.

In other words, I am someone who no one wants to exist.

Being gay, Mizrachi, and pro-Israel means being politically homeless.

It’s amazing that American Jewish leaders of the left participate in smearing me as a “hasbaraist” while out of the other side of their mouths extolling the virtues of intersectionality. Many American Jewish liberals would like me to criticize Israel more, because that is what a “good progressive” does: bash Israel.

But my style is different. Going through the challenges life has thrown my way, from growing up in a family living paycheck to paycheck to having grandparents who barely spoke Hebrew to being part of a society in which my background was not celebrated (to put it mildly), all of this gave me a certain perspective on life.

There was even racism in my school and in my community. It was the racism of Ashkenazi elitists who believed that they are the better stream of Jews, superior to the African and Middle Eastern Mizrahi Jews.

Today in Israel, this type of racism is not as prominent as it was in the past. Nevertheless, it is still very much alive in the Israeli Ashkenazi Left — and yes, their American counterparts.

And it’s this racism that I hear echoing in the smears against me from the left. When these leftists call me a “hasbarist,” their accusations emulate the stereotypical Ashkenazi elitism that does not accept the self-determination of Mizrahim.

This racism is rooted in the ideology of white supremacy that we don’t discuss, wherein many elitists believe that Mizrahi Jews should just stay where they are socially and economically. When these same elitists fight for the rights of people of Arab descent, it’s only for the Palestinians; if they find out that you are Jewish, you just don’t matter. They pick who they care about based on their race and ethnicity.

Examples of this elitism abound, like just last week, when the senior communications advisor of a large progressive non-profit told me that I should stop using my “POC (Person of Color) posturing” because I have designer glasses. She called me a “well-off Tel Avivian.”

Indeed, I have designer glasses, that I bought for myself with money I worked hard to save. I do live in Tel Aviv (with a roommate) in a rented apartment and I hope that one day I will be able to save enough money to buy my own place (probably not in Tel Aviv as prices are insane). But all of this is beside the point. Can you imagine a left wing American Jewish leader telling a Black person to stop their “POC posturing”? Can you imagine her telling a Palestinian with a good job to stop the pity party? Why, then, is it acceptable for a leader in the American Jewish left to say this about a Jewish POC?

She proved with her statements that she cannot accept that a person of color like myself has opinions that contradict hers and thus tried to discredit my argument by making rather discriminatory assumptions about my identity.

But this is par for the course. For the Ashkenazi elite, it’s acceptable, even laudable, to advocate for what they view as the poor, underprivileged and oppressed “brown people,” yet if one of those same “brown people” doesn’t fit their idea of what a POC should look and act like, they attack them. According to them, Mizrahim should not wear designer glasses and should not live in Tel Aviv, and if we do, we can no longer call out Ashkenormativity. We have our place and we should stay there and not thrive, and if we thrive, we should shut up.

And we should certainly keep quiet about our pro-Israel opinions!

This type of rhetoric is echoed in conversations I’ve had with numerous left wing leaders, such as a publisher of a progressive Israeli newspaper who once called my claims about racism towards Mizrahim irrelevant and called me “dumb” for even bringing them up. Another progressive rabbi from New York challenged my views recently on Facebook. Commenting on an article I wrote, she said that I am not a real progressive because I am not “anti-occupation” enough.

Funnily enough, you never hear about a Palestinian being criticized by left-wing American Jews for not being “pro-peace enough.” Is it because they perceive them as unable to use logic?

In my view, this mindset is a combination of privilege, racism against Mizrahi Jews, and an elitist, imperialistic, ethnocentric view of the world.

It is also the result of laziness. It’s much easier to criticize me and other Israelis when you receive instant gratification. Criticizing Israel will often get a response from Israel — and it will certainly earn you plaudits among your fellow liberals. Yet, if you criticize the Assad regime for its use of chemical weapons, no one pays attention to your social justice campaign, much less those in the wrong.

Still, this lazy and discriminatory way of thinking is unforgivable. When did the American Jewish left take steps to support the Mizrahim and our struggle for full equality? When have they spoken out about Arab Imperialism, violations of human rights in the Middle East and Africa, or the victims of Pan-Arabism like the Assyrians, Maronite Christians, Egyptian Copts, Armenians, Greeks, Berbers, Georgians, Kurds and yes, the Jews? They will never call out the instigators of murder, genocide, and religious or ethnic persecution, the homophobes and sexists among our neighbors.

And that’s the threat I pose. As a gay Mizrahi Jew asking them to call out crimes against minorities and other LGBTQ folks, I stand as a rebuke against their single-minded focus on Israel.

When these activists and organizations say I am not a progressive, they are projecting about internal issues which they can’t reconcile within themselves. Their beliefs and political identities are inherently contradictory to all they supposedly support and stand for.

It’s time for a “Heshbon Nefesh” in the American Jewish left — time to rethink their whole approach towards those who don’t fit into their agenda, yet identify as liberals and progressives. After all, isn’t progressivism about tolerance and understanding?

Hen Mazzig is an Israeli writer, public speaker and strategic communications consultant from Tel Aviv. His company was hired by The Israeli Government Advertising Agency as a consultant in 2017 and in March-May 2018 to advise on campaign to combat antisemitism as well as campaign that included LGBTQ issues. Follow him on Twitter @HenMazzig.

I’m A Gay Jew Of Color Who Supports Israel. The Left Hates Me