Letter To An Israeli-Jewish Friend 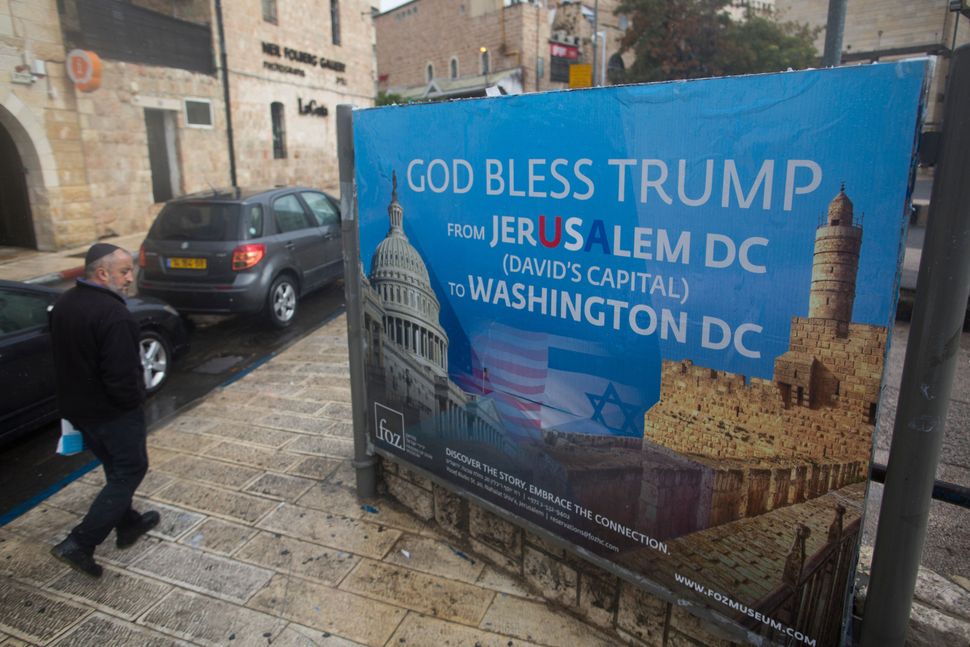 I wouldn’t be so presumptuous as to mimic the skill and impact these two authors showed in mastering the epistolary form. But if I did, I’d write my own letters to an imaginary Israeli Jew.

I’d try to explain to this imaginary friend why the two largest, most important Jewish population centers on the planet are drifting dangerously apart. I’d say that it’s because we don’t really know each other.

Actually, I’d amend that statement. I’d say that many Jews in America do learn about Israel — in Hebrew schools and day schools; in synagogue classes and summer camps; in the intense coverage provided by Israeli news organizations aggressively vying for the American reader; in the programs, parades, film festivals, concerts and restaurants featuring all manner of Israeli culture and food. And in higher education, where 16 universities across this country have developed Israeli studies programs and 107 schools teach Jewish studies.

Some of this knowledge may be superficial; some of it is surely lightly veiled propaganda. Our Hebrew illiteracy prevents us from truly communicating with you and understanding you, my friend.

Still, the same is not true of the reverse. Israelis are exposed to plenty of exportable American culture, especially of the popular variety — but not to American history and values, and certainly not to American Judaism.

Please, I’d ask my imaginary friend, don’t take my word for it. Earlier this year, in a UJA-Federation of New York report analyzing the Israeli-Diaspora relationship, the consultant Elan Ezrachi put it bluntly: “Contemporary Jewry, and particularly American Jewry, are grossly under-represented in Israeli education.” Compounding that, he writes, “When American Jews travel to Israel through the various mass platforms that bring them — they come to observe, to cheer — not to tell their story.”

To drive the point home, I’d tell my friend about a recent conversation I had with the esteemed American Jewish historian Jonathan Sarna. Why, I asked him, does he make a point of having some of his books translated into Hebrew? Because, he answered, “Israelis know so little about American Jewry.”

“When I go to Israel and bring together all the experts on America and American Jewry, with difficulty I get a minyan — an egalitarian minyan,” Sarna said, of the 10 Jews required for communal prayer. “There’s something wrong with that. We pay a huge price for the fact that all that Israelis learn about American Jewry is two themes: They learn about assimilation and they learn about anti-Semitism.”

Is that what you have learned, friend? True, incidents of anti-Semitism are increasing, but that has not impeded American Jews from maintaining political power, extreme wealth, cultural prominence and an unshakeable position in society. Americans, for the most part, love us. They love us so much that it’s perfectly okay to marry us — which accounts for growing rates of intermarriage and assimilation, and therefore a very mixed blessing.

But the ignorance is deeper, and we may as well deal with the elephant in the room. (That’s a political joke. Elephant = Republican. Get it?)

Israeli Jews seem to adore him. American Jews, for the most part, despise him. The latest poll released June 10 from the American Jewish Committee underscores these divisions. On Trump’s handling of U.S.-Israeli relations, 77% of Israelis Jews approved, while only 34% of American Jews agreed (and only 26% approved of his job performance overall.)

Now this imbalance did not begin when Trump moved into the White House; the lopsided approval ratings tilted in the other direction during some of Barack Obama’s time in office, when he was repeatedly supported by American Jews and disliked, sometimes intensely, in Israel. But there are two differences between then and now.

First, Obama was our president, not yours. Now you support Trump far more than we do. Far more, in fact, than most other countries in the world; according to Gallup, only Belarus, Macedonia and Liberia have found more to like in Trump than Obama. (And that poll was taken in January, before President Trump picked fights with just about all our allies.)

Second, Trump is a far more dangerous man, perhaps the most dangerous president in the past century, in his blatant attempts to destroy the very pillars of our democracy and the global world order. I’m often told that American Jews don’t appreciate the security risks you Israelis face every day. Fair enough. We don’t. But you don’t appreciate the way Trump has endangered American security at home and abroad. Weaken America and, in the long run, my friend, you weaken Israel.

I realize that doesn’t seem relevant to you right now, what with Trump’s unilateral decision to move the American embassy to Jerusalem and pull the United States out of the joint agreement to curtail Iran’s nuclear capabilities. We’ll put aside for the moment the fact that the embassy move had little to do with Jews and everything to do with shoring up Trump’s Christian evangelical base at home.

It’s understandable that you and many Israeli Jews cheer both of these departures from decades of diplomacy. Iran has dominated Israeli Prime Minister Benjamin Netanyahu’s agenda since he took office in 2009, and no one tried to publicly dissuade America from doing this deal more than he did.

But the searing anxiety most of us have about Trump goes well beyond disagreements about foreign policy or domestic legislation. Those are to be expected in a representative political process like ours. Instead, unlike any president in recent memory, he has deliberately and, unfortunately, somewhat effectively, denigrated the core democratic institutions that created an America so strong and successful — and therefore so hospitable to Jews.

Please understand, friend: I’m not talking about partisan liberal values. I’m talking about American values, our collective DNA — what we’re taught to believe in from an early age. The essential value of truth and open debate. The need for a free media to ensure government accountability and the protection of dissent. A free market to ensure prosperity for as many as possible. An independent judiciary. An administration that adheres to constitutional norms, restrictions and obligations. A steadfast belief that no one, even the president, is above the law.

Decency. Respect. Tolerance. These are American values and, in a fundamental way, Jewish teachings.

All these Trump has stomped on, disregarded, disparaged and outright ignored on his way to running the country in the autocratic, irresponsible way he ran his business.

And the president has put our very security at risk by refusing to acknowledge and combat the Russian attack on our electoral system that even his own intelligence services confirm. It’s not rockets in Sderot. It’s not terror from the tunnels. But it is an attack no less consequential. Protecting the nation from cyber invasion is the 21st-century version of closing the drawbridge. But Trump has opened it wide, and invited the enemy soldiers in for a meal.

Ridiculing Trump has become a recreational activity in many parts of America, especially where Jews live, but I have no taste for it. I’m tired of the reflexive dismissals and the childish put-downs. I don’t think they are any fairer than the nasty way Obama was treated in some parts of the country.

What we are facing is far more serious, my friend. And through it all, I have come to realize that I am very much an American. More than a partisan for specific policies that may (or may not) satisfy the Israeli public, I am focused on protecting my country. I do that so that it may protect Israel as well, but primarily because this is where I live and who I am. And this focus is entirely consistent with my Jewish values.

Unlike Halkin’s letters, these missives — if I wrote them — would not be aimed at persuading you to move here. And unlike Halevi, I would not be writing the letters as a pathway to reconciliation.

I would simply want you to understand me, the way I strive to understand you. And to see why your hearty embrace of the president seems so threatening to my Jewish values and the American future.

I’d try to write these letters to you, my imaginary friend, in such a way to encourage your reply. Would you?

Jane Eisner is the Forward’s editor-in-chief. Contact her at [email protected]

Letter To An Israeli-Jewish Friend