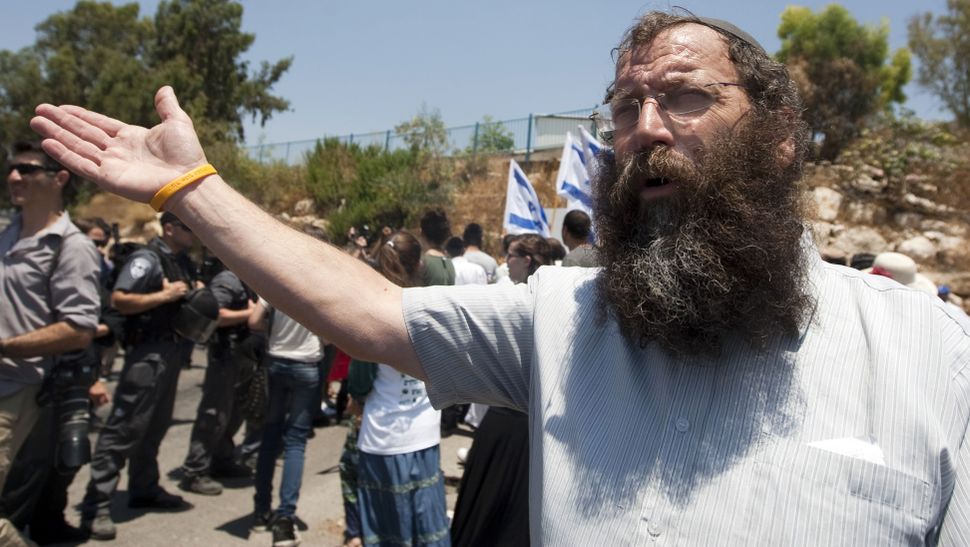 Wednesday’s report that, at the urging of Israeli Prime Minister Benjamin Netanyahu, the Kahane-legacy Otzma party would be included in his coalition unleashed a furor on the center and the left both in Israel and in the U.S.

While I may not be an Otzma voter, I find the left’s apoplectic reaction to the inclusion of Otzma into a technical block to be mysterious.

Every democratic country is going to have parties you don’t like. That’s the name of the game. Like it or not, extreme right wing and populist parties are a growing phenomenon across the globe, from the Netherlands’ “Party for Freedom” to France’s “National Rally” to Hungary’s “Jobbik” to Austria’s “Freedom Party.” You may not like them, but these groups have a seat at the table, with various degrees of success. Because that’s how democracy works.

And it’s how it works in Israel too. So long as Otzma is legal it has its shot at playing a part in the Israeli political landscape. Indeed, in the last elections, Otzma was only a few thousand votes short of passing the threshold to entering the Knesset with four seats.

But the left’s outrage at Otzma being included in the government is mystifying for another reason, too. Otzma’s opponents call out Meir Kahana’s desire to see Israel rid of Arabs. Yet the left itself calls for a Two-State Solution to the conflict, a solution which proposes to put “West Bank” Arabs behind a border wall, never to be seen again in the Jewish State.

Don’t they, too, wish to separate Jews and Arabs?

Moreover, Two-State-Solutionists plan to kick Jews out of their homes in the newly minted State of Palestine, as they have done before in the Gaza Strip. Isn’t this a form of ethnic cleansing?

The left’s outrage is only for the right.

And it’s out of all proportion. For the news that Netanyahu would countenance a democratic party in his coalition launched more outrage on the left than any of the recent terrorist attacks against Jews.

But when a tiny ultra-nationalist party wants to get democratically voted in, then suddenly all that rage comes out.

My own discomfort with Otzma comes from a very conscious decision I have made to distinguish between the Jihad and its various supporters, and Arabs generally, many of whom want none of it. Otzma’s rhetoric in the past — especially the rage they have expressed — has not reflected a precise distinction between terrorists and the majority of the Arab population who live here, who want peace just like me. And while I share Otzma’s strong feelings of Jewish defense, and am deeply committed to fighting land-giveaway, I still see a future in which Arabs and Jewish communities can exist harmoniously. And I would like my political representation to reflect this.

Ironically, while I’m a dyed-in-the-Techelet “settler,” I think that the right wing has the key to Arab-Jewish reconciliation and harmony.

Just this week, members of the Hebron Jewish Community took part in an amazing event called the Israeli-Palestinian Economic Forum run by the Judea Samaria Chamber of Commerce and Industry. The event was attended by Palestinian business leaders, Muslim religious clerics, and us settlers, who live in the Israeli heartland. On hand were also innovators from around the world hoping to create joint projects in the fields of tourism, energy, and production. US Ambassador David Friedman was there, as well as Senator James Lankford from Oklahoma. We were cooking up real progress together! Not surprisingly, the Two Staters, Peace Now and the Palestinian Authority, were not in attendance.

Otzma certainly has the right to run for representation in the parliament of the Jewish State, despite my disagreement with its tone. Let the people decide who should sit in the Knesset with their votes.

And it would be refreshing if the Jewish Left would reveal as much rancor as they have shown this week for Otzma for some members of the Arab parties. If Ahmad Tibi, the former assistant to the arch-terrorist Yasser Arafat, has a right to be in the Israeli Knesset, so does Otzma.