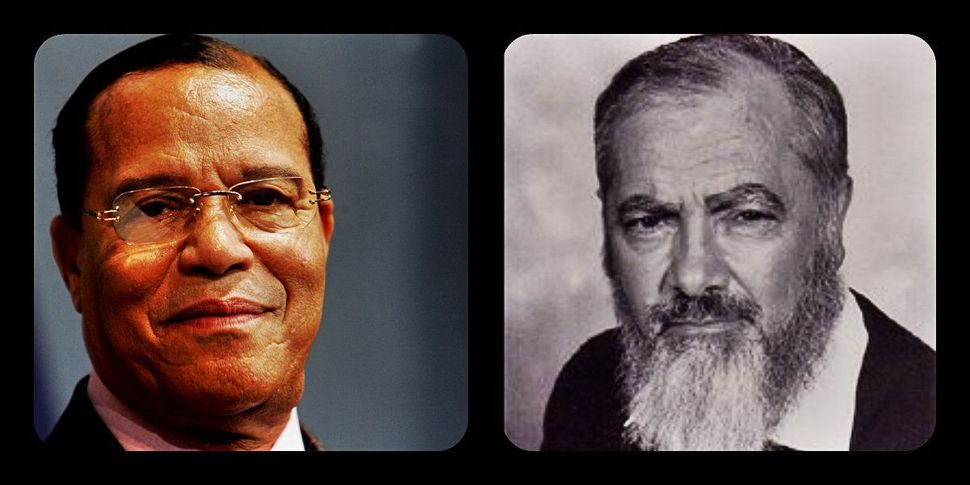 On Wednesday, Israeli Prime Minister Benjamin Netanyahu, already saddled with a reputation of being willing to do or say anything to keep his job as prime minister, took a step that stretched that reputation even further.

In an effort to prevent right-wing votes in Israel’s April 9 election from going to waste, he brokered a merger between the revanchist religious Zionist Bayit Yehudi party and the neo-fascist racist Otzma Yehudit party that is likely to enable both parties to cross the required Knesset threshold and sit as part of a future Netanyahu government.

The American Jewish community has spent the past year excoriating the Women’s March for its refusal to condemn the racist and bigoted Nation of Islam leader Louis Farrakhan. But what Netanyahu just did was much, much worse. He gave the imprimatur of the Israeli government itself to the ugliest and most violent Jewish extremist group in Israel’s history.

Otzma is the Israeli version of the Ku Klux Klan. Composed of the closest living followers of Meir Kahane, Otzma is directly descended from Kach, the outlawed political party that is a designated terrorist organization under Israeli, American, and European law.

This group of untouchables, whose leader Michael Ben-Ari was banned from entering the U.S. in 2012 as a result of State Department guidelines preventing known terrorists from entering the country, was not only given a kosher seal from Netanyahu but actively promoted, as the Prime Minister promised Bayit Yehudi two ministries in the next government if it formed a joint electoral list with Otzma.

The elevation of Otzma is the most odious development in Israeli politics in decades.

The argument can be made that Otzma’s influence on policy will be limited, and aside from potentially giving Netanyahu the added seats he will need to form a government, this episode is more of a public relations fiasco than a signal that Israeli democracy or liberalism is at risk. The two ministries promised by Netanyahu are going to go to Bayit Yehudi MKs, who may hold plenty of objectionable views but at least they are not recognized terrorists.

Still, even if this argument is entirely correct on the facts, it misses a larger point.

In the U.S., the past year has been marked by an uproar in the Jewish community, particularly in right-leaning circles, over Democratic politicians, Women’s March organizers and progressive activists who have associated with Farrakhan, or refused to explicitly denounce him.

Willingness to share a stage with Farrakhan has been interpreted as legitimizing his views and minimizing the vile anti-Semitism that he spews, and there has been a zero tolerance policy for even the faintest whiff of an argument that there is any value at all to be seen in anything that Farrakhan has done.

That policy toward Farrakhan and anyone associated with him, like the Women’s March leaders Linda Sarsour and Tamika Mallory, let alone anyone who actually defends him on the merits, is in my view the correct one. Farrakhan is such an unrepentant extremist that there is no defense for him or anyone who wants to mitigate his words and actions.

Which is why it is distressing to see anyone defend what Netanyahu just did, because it is far worse than anything Farrakhan-related that has been uttered by progressive politicians and activists in the U.S.

Farrakhan is a racist who should not be welcome in polite company, which applies as equally to the Jewish supremacists in Otzma.

Unlike Farrakhan, the xenophobes in Otzma have been actively courted into politics and Israel’s legislature by Israel’s prime minister. If standing on a stage with Farrakhan is bad, and calling him the greatest of all time is unforgivable, then there are literally no words strong enough to describe what Netanyahu has just done.

This is not guilt by association; it is sewing the Klan uniforms and giving the Klansmen a ride to the white supremacist rally.

If you have a problem with American politicians who embrace or even tolerate Farrakhan, but you dismiss Netanyahu’s latest with a shrug and an eye roll, your right to complain about racism and extremism is shot.

If this is tolerated as nothing more than politics as usual, then the race to the bottom of Israel’s political gutter is already well below street level.