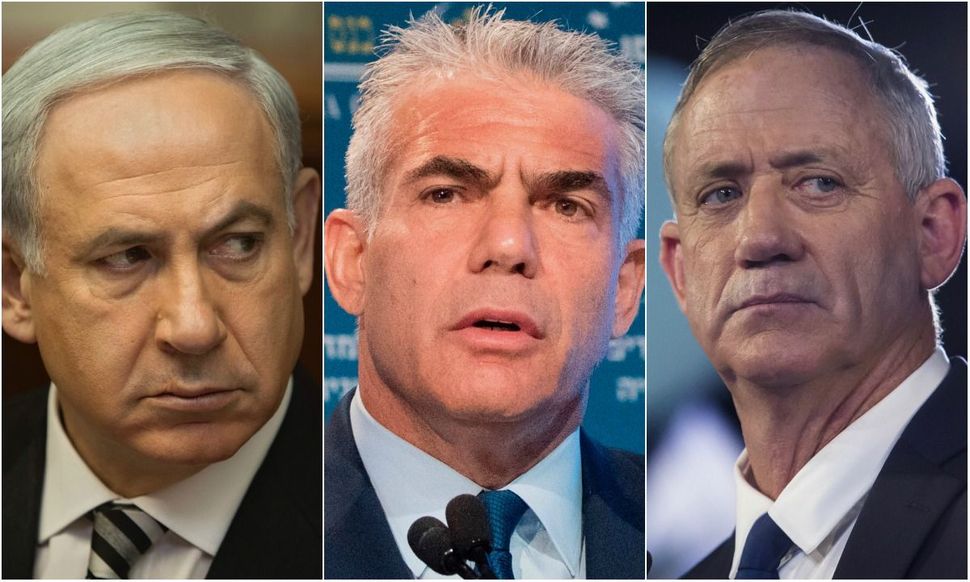 A merger between two top-polling centrist parties is posing a major challenge to Israeli Prime Minister Benjamin Netanyahu’s ten-year hold on the office, the Times of Israel reported.

After talks that lasted through the night, Yair Lapid and Benny Gantz agreed that their two parties — Yesh Atid and Israel Resilience, respectively — would merge for the upcoming election. The deal stipulated that, if elected, Gantz would be Prime Minister first, for two-and-a-half years, and then Lapid would take over.

“For the first time since 2009, we have a competitive race for the premiership and this is the result of the emergence of this new centrist force,” Yohanan Plesner, president of the non-partisan Israel Democracy Institute and a former member of the Knesset, told TOI.

The latest polling average compiled by the Israel Policy Forum predicted that Israel Resilience and Yesh Atid would get a combined 30 seats in the 120-seat parliament — the same amount as Netanyahu’s Likud.

The merger talks, long in the works, had stalled over the issue of who would be prime minister and for how long. Gantz’s Israel Resilience has been polling ahead of Yesh Atid, and Gantz reportedly wanted to secure the Prime Minister position for the duration of the term.

The decision came down to the wire, with 5 p.m. Thursday as the deadline for official entry into the April 9 elections.