Israel: What You Need To Know 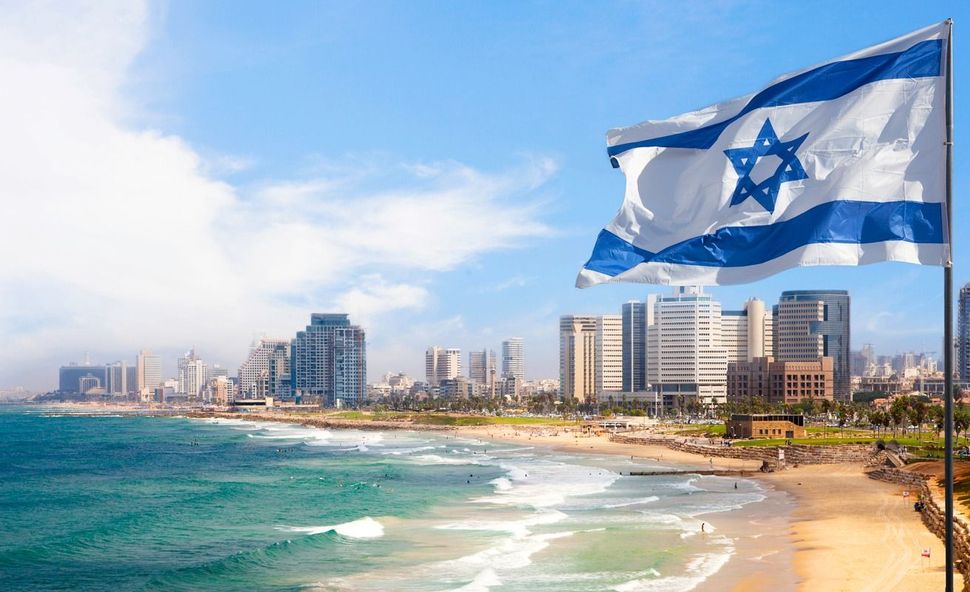 It can be difficult to enter the Israel conversation. Especially because so many people hold such strong opinions, even the task of separating facts from misinformation can seem daunting. That is why we’ve put together these simple-ish answers to simple-ish questions (but honestly, when it comes to Israel, everything is a little complicated) to help you get started.

Keep up with the latest reporting on Israel from The Forward.

Israel is located in Southwest Asia, a region often referred to as the “Middle East” (though recent scholars have challenged that term as colonialist and Eurocentric). Although the State of Israel is technically in Asia, Israel is also very close to both Europe and Africa. Its neighbors are Jordan, Egypt, Syria and Lebanon. The West Bank is disputed territory. Israel controls some of it but does not officially claim it as part of Israel. The rest of the West Bank is run by the Palestinian Authority. The Authority also officially oversees affairs in the Gaza Strip, but Gaza is now controlled by Hamas, which the United States and Israel consider a terrorist group.

What is the population of Israel?

According to the Israeli Central Bureau of Statistics, as of April 2019, just over 9 million people live in Israel (this number does not include Palestinians living in the West Bank but does include Israeli settlers). With almost 6.7 million Jews, Israel’s Jewish community is the largest in the world. For comparison, 329 million people live in the United States, of whom about 5.7 million are Jews.

What is the size of Israel?

Israel is 8,630 square miles, or roughly the size of New Jersey. From north to south, it stretches 290 miles. Its width, at its widest point, is only 85 miles.

What language does Israel speak?

Many languages are spoken in Israel, including Hebrew, Arabic, Russian, English and Yiddish. As of 2018, the only official “State Language” in Israel is Hebrew.

Arabic, which retains a legal “Special Status” but is no longer a “State Language,” is still spoken by a large minority of Israelis. Most Arab Israelis speak dialects of Palestinian Arabic and read and write in Modern Standard Arabic (Fosḥa), often in addition to Hebrew.

English is widely spoken and understood throughout Israel, making it easy for people from English-speaking countries to visit. Even most of the road signs include English translations.

What is the capital of Israel?

The capital of Israel is Jerusalem.

Much of the international community does not officially recognize Jerusalem as Israel’s capital, and therefore many countries maintain embassies in Tel Aviv instead. Recently, however, the United States and a handful of other countries moved their embassies from Tel Aviv to Jerusalem.

Read Aaron Bondar’s analysis of the recent American embassy move in the Forward.

What time is it in Israel?

For most of the year, Israel is seven hours ahead of the East Coast of the United States. If it is noon in New York, it is 7:00pm in Israel. Because the dates of Daylight Saving Time differ from country to country, however, the time difference can vary slightly for a few days each year.

How to call Israel from the US

Israel’s country code is 972, but, if you don’t have international minutes, there are several ways to speak with Israelis over the internet. Many Israelis use an application called WhatsApp to communicate with one another and with Americans. Facebook Messenger can serve a similar function, and so can video chatting applications like Skype.

What type of government does Israel have?

Israel has a parliamentary democracy. Israeli citizens vote for parties, which send delegates to the Knesset (Israeli legislature). After each election, a party leader is tasked with forming a “coalition.” A coalition is comprised of a group of political parties that come together to constitute a majority in the Knesset. The Knesset is made up of 120 members, so in order to have a majority, the coalition must include at least 61 Knesset members. During the process of creating the coalition government, the party leader tasked with forming the coalition will negotiate with other parties and offer their leaders ministerial positions.

What year was Israel created?

The State of Israel was established on May 14, 1948, when David Ben-Gurion and other Zionist leaders declared the country’s independence. As early as the 1880s, however, Jews from Europe, Yemen, and elsewhere had begun to form a Zionist society called the New Yishuv, first under Ottoman rule and then under British rule.

How did Israel become a country?

Although Jews have lived in the land that is today called Israel for millennia, the modern nation-state of Israel emerged as a result of Zionism, a social and political movement that argued for Jewish autonomy in the “Land of Israel.” In the 19th and early 20th centuries, Jewish leaders from all over the world began to imagine what a Jewish society in the Land of Israel might look like. Those leaders included Yehuda Alkalai, Leon Pinsker, Theodor Herzl, Ber Borochov, Asher Ginsberg (Ahad ha’Am), Eliyahu Eliashar, Rose Halpern and many (many) others. Tens of thousands of Jews traveled to the Land of Israel to create there the New Yishuv (Zionist society).

In the 1917 Balfour Declaration, Britain (which ruled the territory that is today Israel, Palestine and Jordan as a single unit later called “Mandate Palestine”) acceded to Zionist diplomatic pressure and pledged support for a “national home” for the Jews. After the British failed to establish such a home and even refused to allow most Jewish refugees to enter Mandate Palestine during the Holocaust, the New Yishuv revolted. Britain invited the United Nations to intervene, and the U.N. offered Jewish and Arab leaders the 1947 “partition plan.” According to the partition plan, the remainder of Mandate Palestine (Britain had already given most of the territory to a local Arab ally as “Transjordan”) would be divided into two states: one Jewish and one Arab. The Zionist leadership accepted the plan, but the Arab nationalist leadership rejected it, and a civil war broke out between Jews and Palestinians. During the war, Zionist leaders, headed by David Ben-Gurion, declared the establishment of the State of Israel. Immediately after that declaration, several Arab states (with British backing) invaded Israel. Israel won the war, and the fledgling Jewish State was preserved.

Why is Israel occupying the West Bank?

In 1967, Israel and its neighbors fought the Six-Day War. Israel won the war, conquering the West Bank (from Jordan) and other territories.

The primary reasons that Israel is still occupying most of the West Bank are related to security. After anti-Semitic terrorist militias took over both southern Lebanon and the Gaza Strip following Israeli withdrawals from those territories, Israeli leaders concluded that unilateral withdrawals of security forces can lead to power vacuums and wars. Therefore, Israel has been unwilling to withdraw from the West Bank without a peace treaty – that is, a promise from Palestinian leaders that they will neither use the West Bank as a territory from which to wage war against Israel nor allow other Palestinian factions to do so.

Many Israelis also object to withdrawal from the West Bank for reasons unrelated to security. Some believe that Jews have a religious right to ownership of that land, and some point to archeological evidence of ancient Israelite civilization as proof that Jews have historical ties to it.

At the same time, there is a very well-established movement within Israel calling for an end to the occupation of the West Bank. Very few Israelis believe that Israel should withdraw without a peace treaty, but many believe that Israel could be offering more to the Palestinian Authority in peace negotiations or could otherwise be better demonstrating its commitment to finding a solution to the Israeli-Palestinian conflict. Check out the Opinion section of the Forward for a range of perspectives on these issues, like Sandy Tolan’s proposal for unilateral withdrawal and Ed Robin and Stu Katz’s defense of a two-state solution to the conflict.

There is so much to learn about Israel, and no one source can fully explain the country’s complexities. Hopefully, this article can serve as a jumping-off point and empower you to learn more.

Israel: What You Need To Know