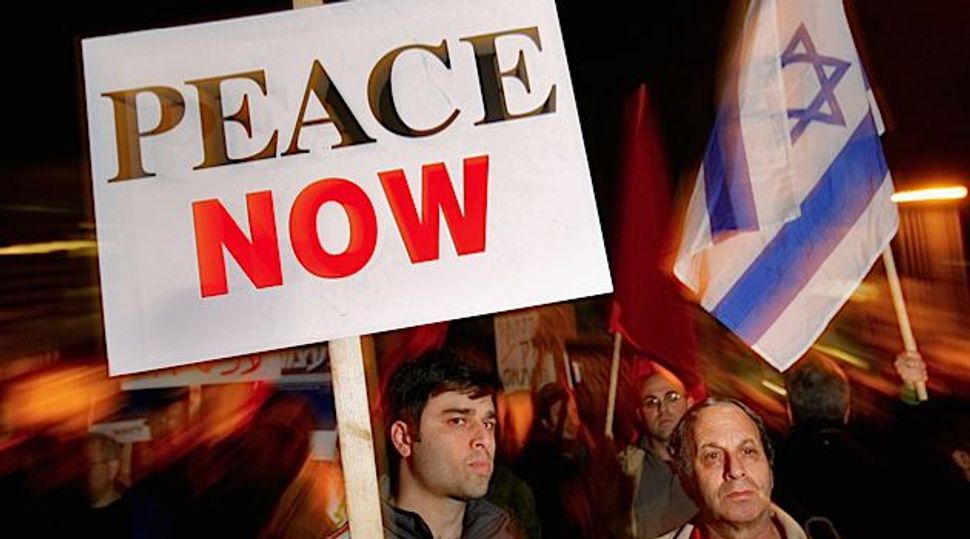 Imagine you have an old beater – say, a 1967 Chevy – that hasn’t really run in years. The tires are flat, it’s riddled with dents, seats are torn out, windshield’s cracked, the fuel gauge constantly malfunctions, and someone just stole your spark plugs and battery. Yet, for reasons you can no longer remember, you’re attached to this car, and so for decades you’ve listened to the “experts” over at Ross & Indyk Automotive tell you why this jalopy is not only your best option, but you’re only one. All you need, they tell you yet again, is another jump start.

At some point, wouldn’t you say to hell with this! and get a new car, and a new mechanic?

The Oslo “peace process” has been essentially dead for a decade, yet the zombie keeps getting its star turn, despite overwhelming facts:

Nearly all of this has happened under Oslo’s derelict watch. The Oslo Declaration of Principles, which mention security 12 times but never once independence, sovereignty, freedom, or Palestine, were never designed to stop such expansion. Instead, they’ve facilitated it.

The core problem, 50 years after the end of the Six Day War, remains Israel’s illegal occupation, which has grown ever more oppressive since June 10, 1967. With that in mind, why would the so-called experts insist on reviving a process that has only made things worse? Call me cynical, but it seems to me their interest is in extending the status quo of this jalopy-cum-charade.

Ah, you say, but just as democracy is the worst form of government except all the others (apologies to Churchill), so is the “two-state solution” the worst endgame, except all the others. A fine position to have, and a defensible one, until you understand that the reality on the ground is already a single state, with sharply diverging sets of civil and human rights, depending on your nationality and (lack of) citizenship. Never mind that many leaders and pundits, from Ehud Olmert to Ehud Barak to John Kerry to Tom Friedman, have warned of the coming apartheid if Israel doesn’t solve its moral crisis of colonial land acquisition. The deed is done, and getting worse by the day: The dreaded “A word” already applies.

So, what to do? If, like most reasonable people (whose numbers in the Holy Land are fast dwindling, never mind ethnicity) you agree that some form of just peace is preferable to the status quo, then what’s the path?

Before you start fuming, these are all non-starters! consider the quagmire we’ve reached in our 50-year-old bucket of bolts. We’re not going anywhere in this old heap.

Now, think about the steps that would be possible if the U.S. began to implement a forceful, anti-colonial policy rooted in human and civil rights and equal treatment under the law. Then, allow yourself to dream of a reachable future:

With the physical barriers down — eventually, this would include the separation wall – Israelis and Palestinians alike could move freely across the Holy Land: visiting family, swimming in the Mediterranean, worshipping at sacred sites in Jerusalem, Bethlehem, and Hebron, without fear of attack.

Jerusalem would evolve into an open city, where culture, commerce, art and faith would produce a spectacular mosaic. Jerusalem could sparkle as an example of tolerance and multi-ethnic cosmopolitanism. A few miles south, millions would flock to Bethlehem, now a sad town surrounded by concrete and barbed wire, but in this vision, transformed into the rejuvenated birthplace of Christ.

Once the boycotts and international condemnations vanished, culture and commerce would soar, with strong global backing. Musicians, artists and writers would bear witness to the fruits of a just peace. Economies and infrastructures would connect across the borders of former enemies. A new Orient Express could chug from Haifa to Saudi Arabia. Israel could share its farm and water conservation technology with the entire Arab world; engineers across the region could work on joint solar power projects. Israelis could visit Lebanon and other Arab neighbors – only this time, not in uniform. Arabs from the Gulf to the Levant could for the first time set foot in the Holy City and pray at Al Aqsa Mosque.

Significantly for U.S. policy, America would no longer be the central focus of rage on the Arab “street.” With true peace in the Holy Land,Al Qaedaand ISIS would have lost their greatest recruiting tool: the unmitigated tragedy of Palestine.

Call me a dreamer. But I prefer to trash this old heap and find another way to travel. To envision the day when no one in Israel and Palestine has to instinctively look over his shoulder. Where no young musician has to submit her flute for inspection at a military checkpoint. Where Arab and Jew can one day look each other in the eye, as equals.

Sandy Tolan is professor at the Annenberg School of Communication and Journalism at USC. He is the author of the international bestseller, The Lemon Tree: An Arab, a Jew, and the Heart of the Middle East, and Children of the Stone: The Power of Music in a Hard Land (Bloomsbury, 2015). Follow him on Twitter, @sandy_tolan.