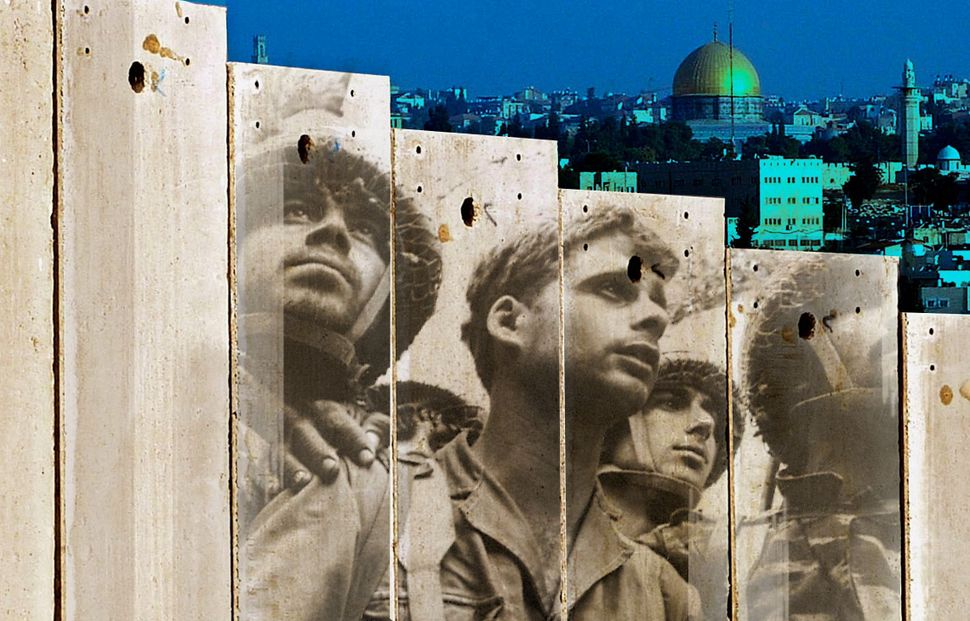 On Friday, June 10, 1967, when the enormity of Israel’s stunning victory in the Six Day War became clear, I presented a memo to Israel’s foreign minister, Abba Eban. Now was the time, I argued, for Israel to propose a bold initiative to end the Israeli-Palestinian conflict.

My recommendation was that we use the dramatic new balance-of-power to implement the logic of the November 29, 1947, partition plan calling for the establishment of two states in Mandatory Palestine. The plan had been accepted by the Jewish community and rejected by the Arabs. The Arabs’ refusal to accept this compromise, and their subsequent attack on the nascent Jewish state in 1948, resulted in the Palestinian catastrophe and prevented the establishment of a sovereign Palestinian state next to Israel.

Instead, Jordan and Egypt occupied the Palestinian territories, leaving its people stateless. I believed Israel should seize the moment and initiate negotiations with the leadership in the West Bank and Gaza on the conditions for establishing a Palestinian state in these areas. Borders will have to be negotiated, creative solutions to Jerusalem should be addressed. If successful, Arab states may follow.

I was not the only Israeli raising such ideas. Prime Minister Levi Eshkol’s chief aide, Aharon Kidan, convinced the prime minister to arrange a meeting with dignitaries from East Jerusalem and the West Bank. Similarly, a number of Mossad officials opened channels of communication with Palestinian leaders; not really surprising, given the pragmatic work done over the years by Israeli intelligence among various Arab groups. A prominent Palestinian lawyer in Ramallah, Aziz Shehadeh, originally from Jaffa, emerged as a voice in his community, calling for negotiations with Israel.

Nothing came from these initiatives.

Several months later, Eban confided to me that there was no chance the National Unity Government, cobbled together rapidly during the prewar crisis, would ever approve such a plan.

Some long-ignored historical context is in order.

Israel was completely caught by surprise in mid-May 1967 when Egyptian President Gamal Abdul Nasser closed the Gulf Of Aqaba to Israeli shipping and chased out the United Nations Emergency Force — which had guaranteed the post-1957 stability on the Israeli-Egyptian armistice lines with a de facto demilitarization of Sinai.

Nasser followed this move by dispatching Egyptian forces into Sinai, confronting Israel with a dangerous new situation. Even Israel’s vaunted military intelligence maintained that as long as Nasser was caught up in his unsuccessful intervention in the civil war in Yemen against the Saudis, there would be no danger that Cairo would open another front against Israel.

Israel was thrown into political turmoil, underlined by what appeared as hesitance and confusion on the part of Eshkol, who was also minister of defense. Popular demonstrations in Tel Aviv called for the appointment of Moshe Dayan, the hero of the 1956 Sinai War, as minister of defense, and for a National Unity Government, with the right wing nationalist Menachem Begin as a Cabinet member.

The hapless Labor leadership capitulated, and though Begin and another member of his right-wing party were appointed merely as ministers without portfolios, their presence in the government gave them virtual veto power on Cabinet decisions. Israel went to war under a government totally different from all the country’s center-left coalitions since 1948. What Begin and the right-wing failed to accomplish in 20 years through the ballot box came about due to Nasser’s recklessness.

‘What If’ alternative scanrious are always tricky, but let us imagine that everything in 1967 would have been the same — except that Israeli would go into the war with the government that ruled until May 30, 1967: Eshkol, not Dayan, as minister of defense, Begin remaining where he was in the previous 19 years — leader of the opposition — and Dayan on the margin of Israeli politics. In such a constellation, the right-wing would not have the kind of veto power it exercised on the government, which was now led by a weakened Eshkol (paradoxically, one of the best ministers of defense ever, who, together with the chief of staff, Yitzhak Rabin, created the massive power the Israel Defense Forces used to such extraordinary effect in the Six Day War).

It is conceivable that such a government might have responded differently to the proposal of starting negotiations with the Palestinian leadership in the West Bank and Gaza in 1967. Nobody can guarantee that such negotiations would have successfully led to a Palestinian state living in peace with Israel. But instead of the understandable yet uncritical euphoria, which legitimized the post-1967 status quo and led to the current stalemate, another route could have been taken.

Rather than the triumphalism bordering on arrogance, which led to the 1973 Yom Kippur War, alternative options might have been opened. As in Aldous Huxley’s memorable play “Dangerous Corners,” nothing should be taken for granted and predetermined; human agency — some of it based on free will, some on serendipity — should never be ruled out.

Shlomo Avineri is a professor of political science at The Hebrew University of Jerusalem. He served as director-general of Israel’s Ministry of Foreign Affairs in the first government of Prime Minister Yitzhak Rabin. His latest book is “Herzl’s Vision: Theodor Herzl And The Foundation Of The Jewish State.”