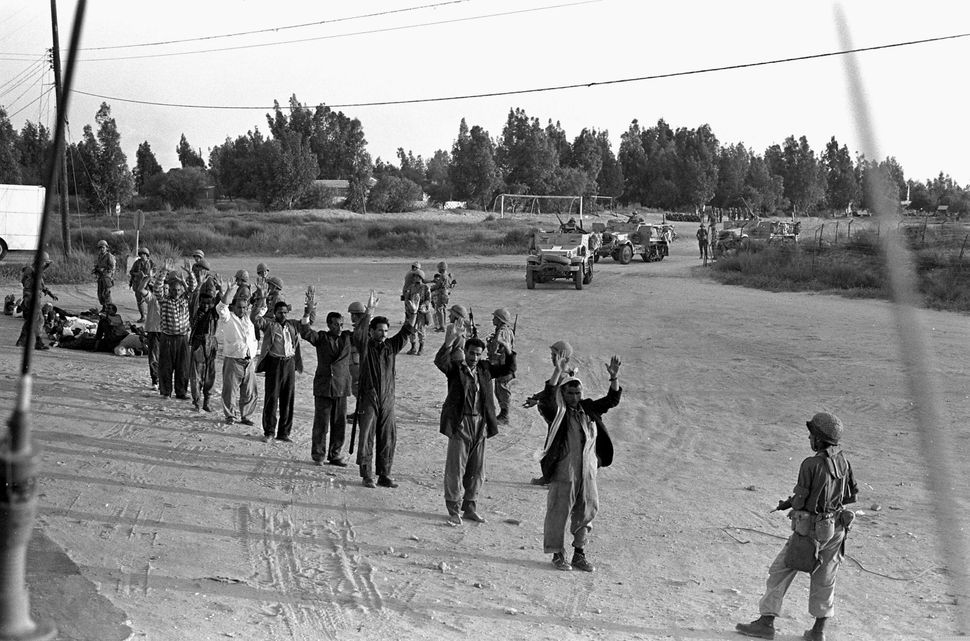 As we approach the 50th anniversary of the 1967 Arab-Israeli war, the primary impulse for Israel and Arabs alike — to try to assign blame primarily to the other side — is also the least interesting and useful response, suggesting that many have learned nothing in the intervening decades. Instead, we should honestly evaluate the war’s impact, particularly on our own side, and use it, and the lessons of the intervening decades, as the basis for a more constructive approach and, hopefully, a new way forward.

To comprehend why the Arab world acted, and reacted, as it did, it’s essential to recognize how the Arabs, nearly universally, saw the regional landscape on the eve of the 1967 war. The military defeat of 1948, and the practical disappearance of Palestinian society, proved devastating. Arabs weren’t exaggerating when they deemed the war a catastrophe.

But, most Arabs told themselves, they had been unprepared, disunited, insufficiently patriotic and still effectively dominated by colonial powers in 1948. This time would be different.

It’s difficult for Westerners to grasp the Arab certainty of victory. Across the Middle East, most people looked at the raw numbers of soldiers and materials and drew simplistic and erroneous conclusions about the outcome. Defeat was unimaginable to all but a few. The worst that most Arabs could imagine was a painful, drawn-out struggle, for which they thought they were prepared.

Recognizing these facile assumptions is indispensable to comprehending the largely still unresolved trauma of the scope, totality and speed of the defeat in 1967. Perhaps some Americans can begin to imagine this level of bewilderment by remembering how shocked they felt on the night Donald Trump defied odds and won the presidency — and then magnifying that exponentially. But last November 8 merely threw into doubt how well such Americans thought they understood other parts of their own society. The defeat in 1967 overturned Arab perceptions of external reality. It was the kind of trauma capable of turning an extrovert into an introvert.

The great Egyptian playwright Tawfiq al-Hakim, who called the experience “a rude awakening from a sweet dream,” asked: “Was it a strange case of anaesthetization? Were we bewitched? Or was it that we had become used to the kind of life in which the revolution [that is, the governments] had placed us, a life in which we were stripped of any means of reception — inside a box which was locked on us by lies and delusions?”

The devastating impact of the defeat on the collective Arab consciousness has become a cliche, but that doesn’t make it less true. Prominent historians have questioned some details of this received wisdom, pointing out that history is more complex and nonlinear than sometimes supposed. For example, Rashid Khalidi of Columbia University has argued that Arab nationalism did not simply vanish in 1967, and Fawaz Gerges of the London School of Economics has noted that many other factors were involved in the rise of Islamism. All true.

Yet there was a massive and crucial reversal in generalized Arab attitudes in the aftermath of 1967. Between the 1940s until 1967, as many countries in the region won independence from colonizers, the essential Arab attitude was one of optimism, determination, international engagement and hope. Afterward, the biggest single missing element, in many cases still unrecovered, is self-confidence. The collective deflation is hard to communicate. But since then, most of the Arab world has continually lacked a fundamental belief in itself.

This collective deflation has been, and to some extent remains, a significant obstacle to peace, because confidence is essential to making concessions. Israelis are among the first to point this out vis-à-vis the contemporary Palestinian leadership, in whom they say they have no confidence. But self-confidence, too, is essential, as the much more favorable outcome of the 1973 war demonstrated by laying the essential groundwork for the Israeli-Egyptian peace treaty, therefore restoring at least some measure of martial self- regard to Egyptians.

There are exceptions. Some of the smaller Gulf Arab states, such as the United Arab Emirates and Qatar, seem to have been spared this chronic self-doubt and specter of failure. But they were neither independent in 1967 nor involved in the fiasco.

What’s most striking 50 years on is that the Israeli versus Arab zero-sum attitude that prevailed on both sides in 1967 is no longer either definitive or hegemonic. To the contrary, the potential has emerged for developing a new strategic relationship between Israel and several Sunni-majority Arab countries, including some Gulf States.

This is a historic opportunity for long-estranged American allies to finally cooperate. It also provides a context for serious progress on Israeli-Palestinian peace. Such progress will be necessary for closer Israeli-Arab relations.

But the potential new partnership can also provide a fresh framework and additional incentives for both Israelis and Palestinians to take the steps needed to make headway in ending the occupation and the conflict. Israel can look forward to rapprochement with the entire Arab world, and a new strategic relationship with several of its key members, as an additional way to induce peace with the Palestinians. Palestinians can gain political cover, diplomatic support and key economic aid that will help them make the inevitable compromises required for an agreement with Israel. The key lesson of the 1967 war, and the 50 painful years since, must be that none of us can afford to miss another opportunity to finally put the past behind us.

Hussein Ibish, a senior resident scholar at the Arab Gulf States Institute in Washington, is the author of “What’s Wrong with the One-State Agenda? Why Ending the Occupation and Peace with Israel is Still the Palestinian National Goal” (American Task Force on Palestine).