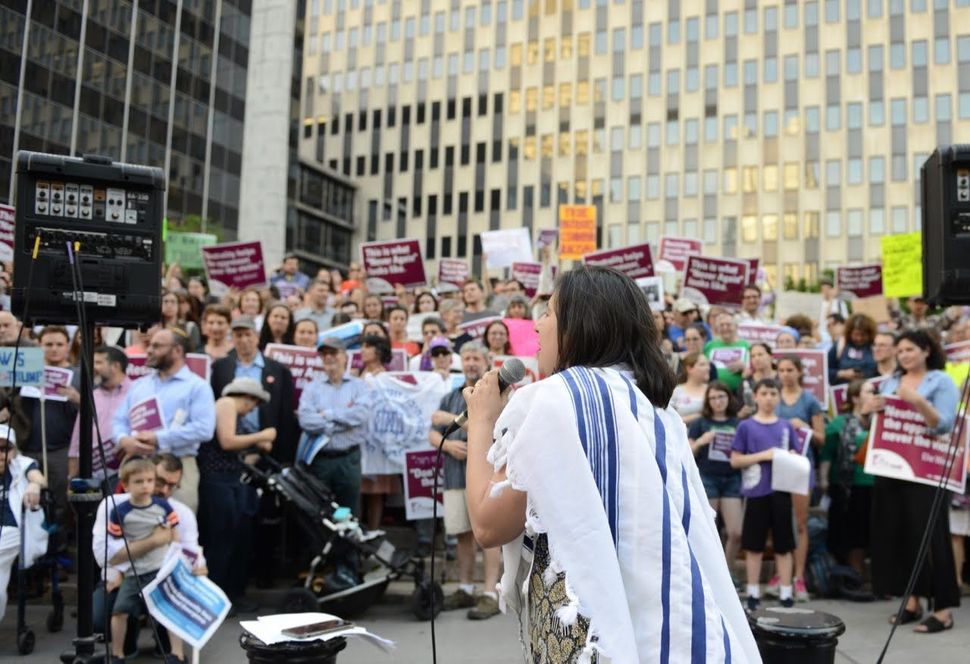 A lot of ink has been spilled in efforts to explain exactly why Israel and American Jewry are drifting apart. This past December, Israeli MK Naftali Bennett put forward his own analysis: “There’s a terrible problem of assimilation and growing indifference of Jews overseas both to their Jewishness and to Israel,” he said. “That is the entire story.”

But it’s not the entire story.

Back in December, Bennett’s comments elicited criticism. Today, his remarks look even more ridiculous, as the national-religious Bayit Yehudi party that he used to lead consummates a merger with the fundamentalist Otzma Yehudit faction, a union midwifed by Benjamin Netanyahu himself.

The normalization of Otzma Yehudit’s racist, theocratic, and authoritarian spirit has been taking place in Israel for a long time. And while promoting Jewish engagement in the Diaspora is certainly valuable, but it cannot be understood as a quid pro quo for axiomatic support of Israel, especially when a fanatical hate group is being mainstreamed by none other than the Israeli prime minister.

Otzma is a small faction comprised of followers of the late fundamentalist Rabbi Meir Kahane, whose Kach party was barred by the Israeli government from running in the 1988 Knesset elections and completely banned six years later.

A quick run-down of its members’ records reveals their penchant for advocating the expulsion of two million Palestinians from Israel and the West Bank, protesting Jewish-Arab weddings, and picketing gay pride parades.

Despite protestations from some in Bayit Yehudi, the national-religious factions appears poised to give Otzma members the fourth and eighth slots on its list, giving at least one Kahanist a realistic chance at sitting in the Knesset and even joining the government and holding a cabinet portfolio.

We didn’t reach this point overnight. In the last election cycle, Netanyahu’s infamous election day warning that “Arab citizens were heading to the polls in droves” sent a message to Israel’s Palestinian minority from the highest levels of government that they are an unwelcome element in the country.

Meanwhile, Bennett, who suggested assimilation was tearing Jewish Americans away from Israel, jockeyed with Baruch Marzel, Otzma’s founder, over who could take a more hardline stance against the two-state solution.

Bezalel Smotrich of Bayit Yehudi’s Tkuma faction is no moderate either. The self-described “proud homophobe” launched the Regavim NGO to fight the construction of Arab homes in Israel and in the occupied territories.

It’s true that American Jews are more assimilated than our Israeli cousins; after all, they live in a Jewish state, whereas Jews are a tiny fraction of the U.S. population. 98% of Israeli Jews say all or most of their close friends are Jewish, compared with 32% of American Jews.

Yet assimilation can’t be used to explain away many American Jews’ discomfort at Israel’s rightward lurch.

Those most engaged in American Jewish life know that our communal institutions actively promote minority rights, support the LGBT community, and that the two-state solution is a consensus position among most U.S. Jewish organizations. And many of Israel’s most vocal American Jewish critics further to the left are alumni of Jewish youth movements.

If an Israeli government is formed with spokespeople like Marzel and Smotrich, it will represent the polar opposite of what American Jewry stands for.

And this outcome can’t be written off as a fringe phenomenon. While Otzma Yehudit is a small party, it has earned Benjamin Netanyahu’s blessing.

In recent weeks, Netanyahu has been working overtime to ensure Otzma Yehudit links up with Bayit Yehudi, lest it fall below the electoral threshold and “waste” right-wing votes.

If, after April 9, Netanyahu leads the next government, Otzma’s presence in the political sphere will reflect not only the position of an extremist group but of Israel’s ostensibly mainstream Likud leadership.

Bennett and his colleagues may go on wringing their hands over assimilation while we continue to grapple with the Israel-Diaspora divide. But that gap will prove difficult if not impossible to close so long as the Israeli government coddles fundamentalists.

Rightly or wrongly, Otzma could come to be seen as the face of a country that American Jews, especially younger ones, will be unable to identify with. It also does not bode well for democratic norms in Israel itself, let alone prospects for peace and security.

This should alarm all those who care about the shared future of the Jewish people, both in Israel and the United States.

David A. Halperin is the executive director of Israel Policy Forum.