Tamika Mallory Flips Script To Feminism Instead Of Condemning Farrakhan 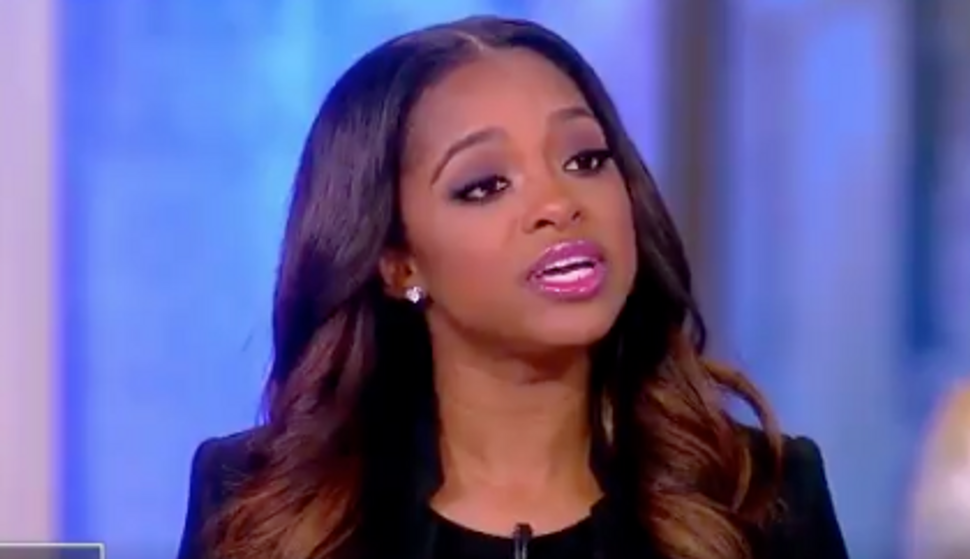 Women’s March co-founder Tamika Mallory would not answer whether she denounced Nation of Islam leader Louis Farrakhan’s past remarks about Jewish people while she was a guest on The View Monday morning.

Mallory has been under fire for her continued support of Farrakhan, who has a long history of anti-Semitic comments. Support for the Women’s March has since wavered, with multiple chapters choosing to disaffiliate.

On The View, co-host Meghan McCain repeatedly posed the question Mallory, beginning with: “I don’t speak for Jewish people, but I think I’m just confused. The remarks go ‘Death to Israel’ over and over again.”

“We did not make those remarks,” Mallory responded.

“But,” McCain interjected, “you’re associating with a man who does publicly.”

When Mallory said she doesn’t agree with “many of Minister Farrakhan’s statements,” McCain followed up.

“Do you condemn them?” she asked.

Mallory paused for a moment and looked down.

“I don’t agree with these statements,” she said. “To be very clear, it’s not my language. It’s not the way that I speak, it is not how I organize. And I think it is very clear, over the 20 years of my own personal activism, my own personal track record, of who I am. And I should never be judged through the lens of a man.”

Then she pivoted to the Women’s March: “That is actually not what this women’s movement is suppose to be about.”

Watch as she is pressed repeatedly on the issue by @MeghanMcCain pic.twitter.com/ikZFoFyLFz

Tamika Mallory Flips Script To Feminism Instead Of Condemning Farrakhan