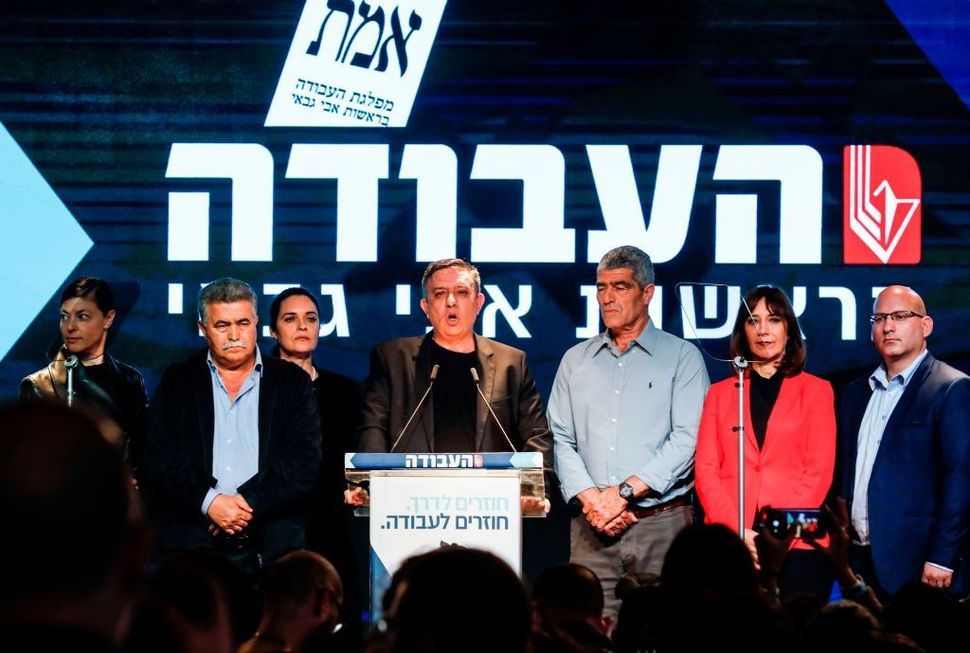 For Israel’s erstwhile ruling party, it indeed ends with a whimper.

Shelly Yacimovich, the Labor Party’s former chairwoman and popular public figure, has said she will not run in September’s snap elections. Her announcement followed the triumph of Amir Peretz over two much younger opponents in the party’s leadership contest earlier this month.

All of this comes just after Labor won a meager six Knesset seats in April, good for just four percent of the national vote. Recent polling fails to paint a rosier picture since the party is not expected to increase its representation come September. Some reports are even grimmer, predicting that Labor must merge with another bloc to avoid political extinction. Yet however September’s elections unfold, this could well signal the death of the party.

The writing has been on the wall long before this year. Once the country’s de facto ruling party, Labor has declined precipitously in power and prestige. One of its own has not been prime minister since 2001, when Ehud Barak, who weeks ago formed a new party, lost to Ariel Sharon after the outbreak of the Second Intifada.

The 18 years Labor has been in opposition ever since comprise the longest such drought in its history. One would be forgiven for not knowing this is the same party that ruled uninterrupted for the first three decades of Israel’s existence.

The Labor Party was once synonymous with Israel itself. Though not formed until 1968, Labor was preceded by various workers’ parties that had dominated the Knesset. Lions of the political establishment like David Ben Gurion, Shimon Peres, and Golda Meir all belonged to Labor or its antecedents. The early state’s zeitgeist — Zionism, secularism, and socialism — went hand in hand with Labor’s platform.

Despite Labor’s early stranglehold on power, Likud and its right-wing offshoots have come to rule the Israeli political scene. Since Menachem Begin became prime minister in 1977, Israeli politics have drifted prominently rightward as Likud has governed for 31 out of 42 years.

Labor experienced a renaissance in the 90s under Yitzhak Rabin and then briefly Barak, but those halcyon days are long gone. Netanyahu has in unprecedented ways emboldened the country’s Right, which is poised to govern for the foreseeable future. Labor’s early stalwarts would recoil at the political landscape in today’s Israel.

Several reasons account for the Labor party’s ruin. For one, free-market reforms have turned Israel into a highly developed economy and quashed popular appetite for socialism. The country is far more prosperous than it was in its first few decades, when the little industry it had derived from agriculture. Second, the collapse of the peace process has pulverized the Left, leaving the hawkish Right with much better electoral prospects. And third, Haredi Jews, once a negligible minority, now make up over ten percent of the Israeli population and vote for right-wing parties.

The positions of the Labor Party no longer resonate strongly with Israeli voters. Although Labor drove the socialist ideology that defined Israel’s nascent years, the country has moved so far to the Right that its social-democratic agenda turns few heads these days. What is more, its base has shrunk to the point of irrelevance. Youth on the Left have shunned the party in favor of the more radical Meretz, while Labor’s traditional voters have shifted their allegiance or died out.

The numbers don’t suggest Labor can look elsewhere for support. According to a recent study by the Israeli Democracy Institute, an astonishing 64 percent of Jewish Israelis aged 18 to 34 call themselves right wing. Contrast this with the 12 percent of American Millennials who identify as conservative. Israeli progressive factions face a simple choice: Adapt to an increasingly right-wing electorate, or face extinction. In Labor’s case, it already does.

Desperate times call for desperate measures. In hopes of siphoning off voters from right-wing parties, Labor has publicly ruled out a merger with Meretz or Barak’s new party. It has added to its list Orly Levy-Abekasis, a former member of the Knesset and high-profile public figure, in a move that Barak said “might spell the end for the Labor Party.” Like its European center-left counterparts, Labor hangs by a thread in this new political landscape.

The lengths to which Labor must go to survive bring forth a sorry spectacle. Labor and the old Israeli guard have been fighting a losing battle since Likud revolutionized national politics 42 years ago. Against an ascendant right wing, Labor’s platform has alienated an electorate over which it used to have a monopoly. No matter how Labor fares in September, it is a shell of a previously formidable political force that has lost touch with the country. The party today represents not so much an Israel that is but what it once was.

Daniel J. Samet is Program Assistant for Middle East Programs at the Atlantic Council. The views expressed here are his alone.