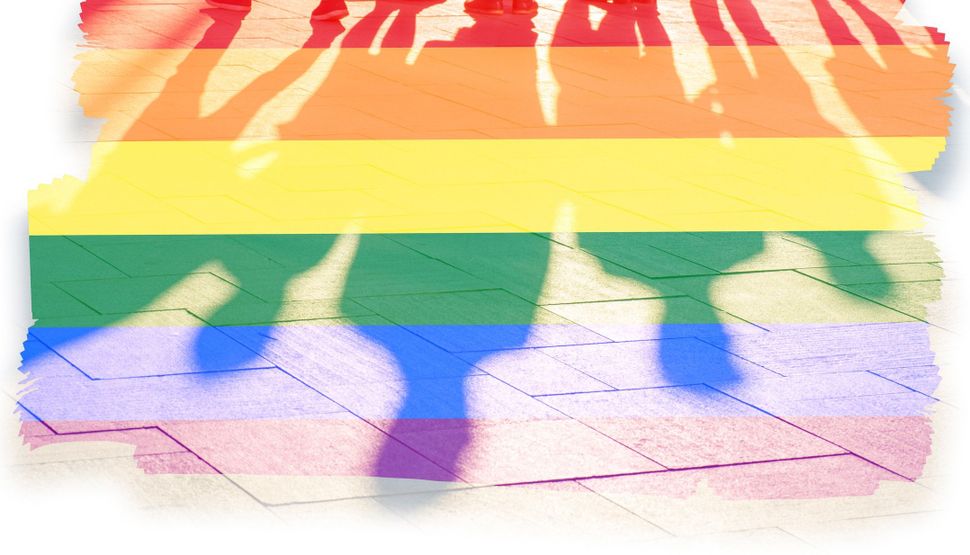 We in the Jewish LGBTQ community are feeling some déjà vu from our worst years of trauma.

Starting in 1981, the surreal became real. What had been imaginable only in the writings of Edgar Allan Poe, the annals of medieval and Renaissance history, or in the most terrifying pages of Torah, became the day-to-day reality of our lives: A terrible and unfamiliar disease appeared that no one understood but that relentlessly started to kill our people in horrible ways, while we had a government which was bigoted, hostile, and dismissive. Cause and transmission were mysterious and confusing. Stigma isolated us from each other and fear of “catching the plague” added pain to pain.

Even before we learned what HIV (or GRID as it was first known) was (do people remember when we had never heard the word “retrovirus”?), we as a community learned the power of resilience, resistance, and spirituality. Like David facing Goliath, we discovered strengths we didn’t know we had. We grieved, we wailed, we fought, we became wiser, and we bonded.

And we did it without the help of our government or the larger Jewish community at first — two sources of protection that by their very definition should have been there for us. 40% of our synagogue died from that plague. We were wounded to an incalculable degree, but even wounded, we grew strong. Hell, we learned how to get along.

Although we lost so many of the community — an entire generation — we emerged from our losses with wisdom that gives us strength to deal with the spiritual illness of the Trump era and now with this newly emerged illness of COVID-19 and the novel coronavirus.

The power of community cannot be underestimated. Together, we form a tribe that can survive the insurmountable. To build our strength as a tribe, we must reach out to those who are at most risk and make sure no one feels isolated or alone.

We need sanctuaries, holy places, and powerful rituals. Creating space for prayer and meditation and healing is not a luxury; it is essential for our survival. Because of AIDS, the gay Jewish communities in San Francisco, New York and Los Angeles pioneered Jewish healing services which later became normative within the larger Jewish community. A practice of reciting psalms, either as individuals or as a community, draws on the treasure of our ancient heritage and harnesses its power to heal today’s anguish.

We are not defined by any virus, symptoms, or syndrome. Remember the joke that characterizes Jewish holidays like Purim which just passed and Pesach which comes next month: They tried to kill us. They didn’t succeed. Let’s eat. We must never forget to rejoice at our life and our resilience. Joy is an absolute necessity, not something we get around to later. We exercise our muscles of gratitude now, daily, when it’s hardest. We don’t wait until we are comfortable. Even though we gathered for funerals, memorial services, and hospital waiting rooms all the time, when it came time for our Shabbat services, CBST committed to prayer and music and learning that would create joy.

Joy is an act of spiritual resistance. And making Shabbat a central part gives us the strength to face the world the other six days of the week.

It is a sin to stigmatize anyone. We Jews know what it is to be falsely blamed, and thousands of our ancestors were killed in Europe by Christian mobs who thought Jews were responsible for the black plague.

We LGBTQ people know what it is to live through a plague, and the stigma and the hate directed at us were often worse than the plague which killed so many of us. The CBST community knows what it takes to live through a plague. Love and compassion and support are at the center of survival. Remember to be kind and generous while being cautious and vigilant about staying healthy and keeping others safe.

We will continue being a powerful spiritual community of resistance and love. May the Holy One surround you and your loved ones and give you strength and comfort as we face the uncertainty of the times we are in. Be the reason people have faith in the goodness of others.