America’s Holocaust museums should mobilize for racial truth and reconciliation 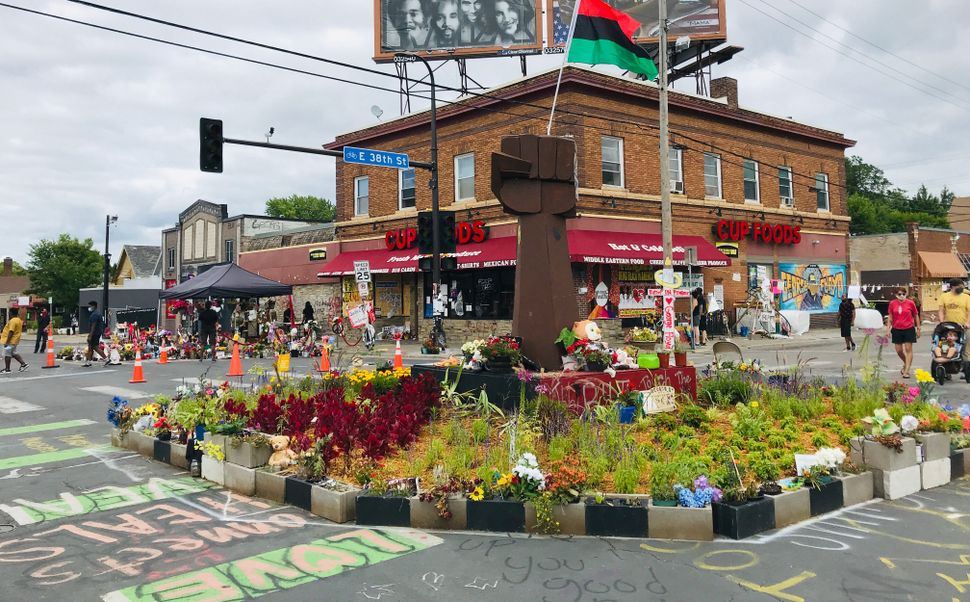 When I was 19 years old, the small Holocaust museum in my hometown of Terre Haute, Indiana was firebombed. The arsonist spray-painted on the brick exterior the words “Remember Timmy McVeigh” — an homage to the perpetrator of the deadliest domestic terrorist attack in U.S. history. That museum was rebuilt, and a few years later I became the director. 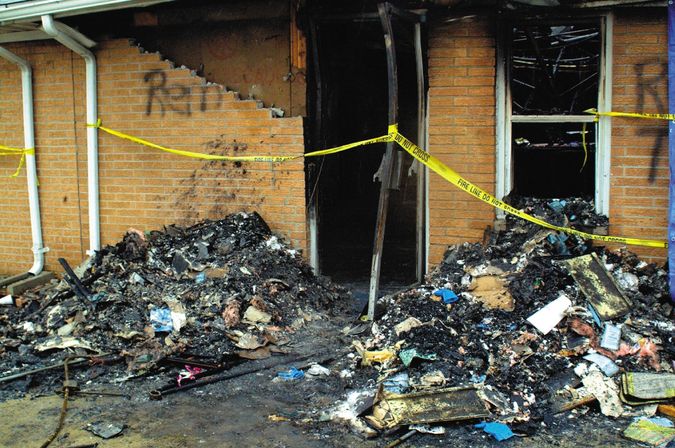 CANDLES Holocaust Museum in Terre Haute, Indiana after it was destroyed by a firebomb on November 13, 2003.

The once-fringe ideology linking McVeigh and the 2003 anti-Semitic attack on CANDLES Holocaust Museum has since become mainstream. Symbols long-repudiated in popular culture like swastikas, Ku Klux Klan hoods, and disgusting illustrations of Jews have become increasingly visible in public spaces and rallies. Conspiracy theories involving the Jewish philanthropist George Soros and Black Lives Matter combine anti-Semitism with anti-Black racism, a fusion of hatreds, fostered by America’s unwillingness to face its past.

To neutralize the violent threat posed by extremist ideologies to minorities and democratic institutions, we need a truth and reconciliation process toward America’s history of genocide and atrocities. Holocaust museums and memorials are used to confronting the past, and the U.S. has more Holocaust centers than any other country. These centers should unite and mobilize for an American truth and reconciliation process.

Most Americans lack basic historical awareness of our own legacy of genocide. A 2018 report from the Southern Poverty Law Center, for example, revealed that only eight percent of high school seniors surveyed could identify slavery as a central cause of the Civil War. This is where Holocaust centers can help.

Despite rising anti-Semitism, the culture of Holocaust memorialization is widespread and broadly supported in America. There are at least 200 Holocaust organizations in the U.S. that reach millions of students, educators, community leaders, and law enforcement personnel per year. On May 29, President Trump signed into law the Never Again Education Act, which expands U.S. Holocaust Memorial Museum education programming. The bill enjoyed overwhelming bipartisan support in Congress amid all the pressing challenges of a pandemic.

Holocaust centers have public trust, moral standing, and resources that should be leveraged in support of Black, Indigenous and people of color whose traumatic experiences have gone mostly unrecognized. Few memorials exist, for example, for the thousands of Black Americans who were victims of racial terror lynching in the 19th and 20th centuries.

One such lynching was perpetrated in my hometown, but few people today are aware of the mutilation and murder of George Ward, which was perpetrated in front of a crowd of 3,000 people (including children) in 1901. This event was part of a pattern of atrocities that aligns with the definition of genocide as articulated in the United Nations Convention on the Prevention and Punishment of the Crime of Genocide.

America’s longstanding culture of denialism has prevented our country from substantially addressing the needs of Black American victims and survivors of genocide. Consequently, the surviving generations experience disparities in nearly every dimension of life. The increased mortality rate of Black people during the current pandemic and the disproportionate percentage of Black victims of state violence are two examples.

Historical recognition does not need to be a zero-sum game. If Holocaust centers were to act as conduits of truth and reconciliation for the communities they serve, they could foster deeper relationships that counteract both anti-Black racism and anti-Semitism.

Such an initiative would also resolve the false dichotomy faced by educators and donors to focus on either racial justice or Holocaust awareness. Both are critical, and we can form an integrated approach.

Similar efforts must also be made toward the history of violence against Indigenous, Chicano, Chicana, Latinx, Asian, and Asian American people in this land. In this process, Holocaust museums should take a restorative justice approach that centers the perspectives and needs of the people impacted most by the legacy of genocide, especially in their local contexts.

The work may be uncomfortable and nonlinear, but it has the potential to foster healing for victims and survivors, depolarize our current discourse, and improve the health of our Republic.

To help catalyze this paradigmatic shift, a nonprofit project called Together We Remember has formed a coalition of Holocaust centers which is in the early stages of a collaborative truth and reconciliation initiative. If my colleagues in the field of Holocaust memory are willing to help confront the legacy of genocide in the U.S., then the vulnerable communities which are still under assault will know we mean “Never Again” in solidarity, once and for all.

Kiel Majewski is a former Holocaust museum director and consultant with the nonprofit Together We Remember who writes and speaks regularly on topics such as the Holocaust, Rwanda, polarization, radicalization, and fostering dialogue.

America’s Holocaust museums should mobilize for racial truth and reconciliation