Christian morality is why weed isn’t legal yet 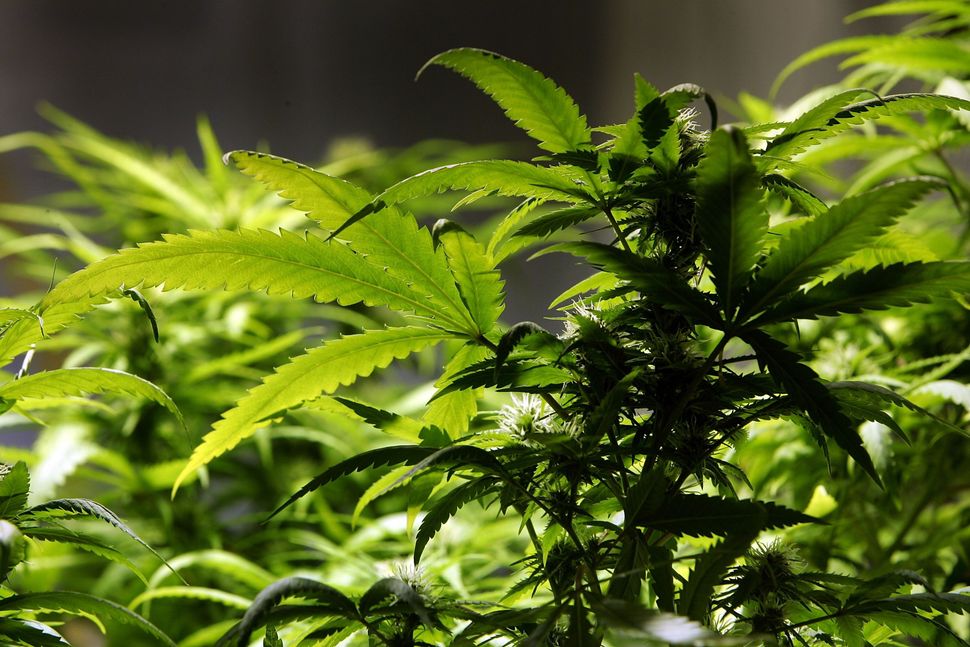 It’s 2021, and the U.S. is still struggling to legalize marijuana, a drug with medical properties that is no more dangerous than legal vices such as alcohol and nicotine. Why? Because the U.S. is a Christian country, with a Christian morality. Not that Judaism promotes uncontrolled intoxication — the Bible contains limits and warnings against becoming too drunk — but the American idea of “sin taxes” and the resistance to legalizing marijuana is rooted in a Protestant Christian idea of morality.

America’s roots lie in Puritanism, a Christian movement centered largely on abstinence. While the Puritans themselves actually drank quite a bit — water wasn’t all that safe back in the day, and beer was the substitute — they frowned on those who actually got drunk off of their lunchtime ale (drunkenness was considered “of the devil”). This culture of suspicion toward altered consciousness and pleasure has stuck around in American culture, eventually birthing, for example, the Prohibition era, or Massachusetts’ law against happy hour, which is still on the books.

Though the Prohibition movement was officially unaffiliated with any religion, in practice its members were largely churchgoers and many of the movements were based in Methodism and Evangelical Protestantism. Even after the 21st Amendment was ratified, repealing Prohibition, these ideas of morality remained drivers of cultural norms of the U.S., pushing the country toward moralism, a Protestant idea of a perfect society with no vices. It was these desires that led to an antagonistic relationship with marijuana that persists today.

After Prohibition was repealed in 1933, the temperance movement began to look for another scapegoat on which to pin society’s ills, and landed on marijuana. The drug had been brought to the country by immigrants fleeing the Mexican revolution, and its use was easily associated with eugenics ideas of racial inferiority. Meanwhile, it was also growing in popularity within the jazz clubs and the Beat movement, which were already decried for their loose morals.

That led the U.S. to a complicated relationship with marijuana, from the infamous “Reefer Madness” film, discouraging teens from smoking in the 1930s, to today’s battles around legalization. While alcohol was too deeply rooted in society and too widely consumed to become a symbol of immorality, weed was newer and thus more easily made into a boogeyman.

This also helped marijuana become the ultimate symbol of counterculture. It came to represent freedom from the bonds of a strait-laced American morality, a staid white picket fence lifestyle — and Christianity.

Judaism is pretty much definition of anti-Christianity. Much of Judaism is full of raucous celebrations. Obviously, there’s Purim, when we are commanded to become inebriated to an extent that our understanding of reality is altered, but there’s also Simchat Torah, when people dance in the streets (and, in my experience, hand around a lot of l’chaims). There’s Oneg Shabbat and kumzits gatherings, where people sing and eat and l’chaims flow freely. Toasts are written into Hasidic society. A bit of celebratory inebriation, in other words, is not a vice but a sign of joyful, religiously encouraged celebration.

Perhaps this is why Israel was at the forefront of the medical marijuana movement — there was no religion or morality holding the culture back from imagining that the drug could be useful, instead of considering it as dangerous and sinful. There’s even evidence of cannabis use in ancient Jewish shrines, so its roots in Judaism may go back further than we thought.

Even today, when there are Christian movements in favor of marijuana’s legalization for medical or social justice reasons, given that people of color are disproportionately incarcerated for marijuana charges, there is still uneasiness about the morality of its recreational use, particularly among Christian.

None of this is to say that all Christianity is ascetic, or that all Judaism is hedonistic. But unlike Christianity, Judaism has no deeply rooted ties to a morality that pushes its adherents away from indulging in a few pleasurable tokes of a joint at a wedding or kumzits. Whatever helps you feel the joy of the celebration, whether that’s sober singing and dancing, a glass of whiskey or a joint.

Christian morality is why weed isn’t legal yet