The case was decided once the weapons charge was tossed 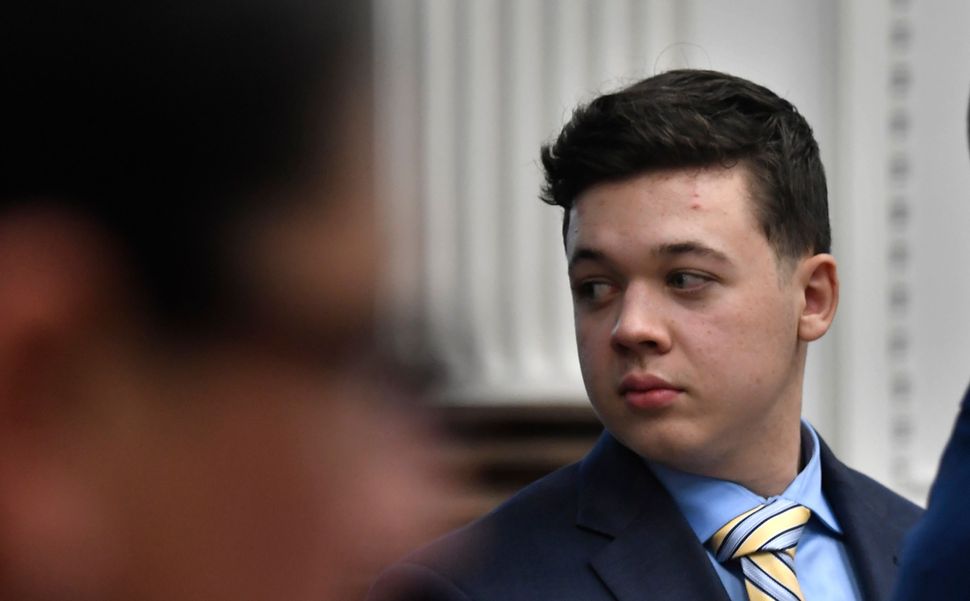 : Kyle Rittenhouse looks back into the gallery as he waits for the jury to leave the room during his trial at the Kenosha County Courthouse on November 3, 2021 in Kenosha, Wisconsin. By Getty Images

For some time after the police murder of George Floyd last year, a stream of well-meaning white associates asked me or the first person of color they could find — especially where I live, in Minnesota — how we were doing, and if the tragedy had affected us personally.

Comparing notes, I found we all were answering the same way, starting with the second part: The murder didn’t change our lives one iota. We always knew the police were a threat to Black existence, with personal encounters to prove it. What was surprising was that white people suddenly were paying attention.

We also gave identical answers to the first part, “How are you?” We were not OK. Just because Floyd’s murder — its particular cruelty aside — hit a nerve in white people that Mike Brown’s, Eric Garner’s, Walter Scott’s, Breonna Taylor’s or countless others had not did not make it something to take in stride.

The same is true with Friday’s acquittal of Kyle Rittenhouse in a Kenosha courtroom on all charges, including first-degree homicide, in a case involving his fatal shooting of two men and wounding of a third in the unrest last year following the police shooting of Jacob Blake.

It happened in August 2020, when Rittenhouse was 17. He journeyed from his home in the Northern Illinois town of Antioch to Kenosha, where he acquired an AR-style semi-automatic rifle and ammunition from a friend. His reported mission was to protect businesses from rioters.

This isn’t quite as close to home as Floyd being killed down Interstate 35 from me, but I’ve been to both of those places, in far more peaceful times. I took my then-5-year-old daughter to Antioch to see “The Care Bears Movie” when it was new a generation ago, and more than once have ridden my bicycle along the shore of Lake Michigan from Chicago up through Kenosha.

For Rittenhouse to even have carried that gun in that place should have counted as a crime: possession of a dangerous weapon by a person under 18. There’s no dispute that Rittenhouse was under 18, nor that a loaded semi-automatic weapon is pretty dangerous, so that misdemeanor should have been the easiest charge on which to convict him.

But his defense attorneys found a loophole: an exception for rifles and shotguns that aren’t short-barreled; Rittenhouse’s was more than 16 inches. Prosecutors countered that the gun was still dangerous, but just before closing arguments, Judge Bruce Schroeder agreed with the defense and threw out the weapons charge.

Which is where I lost interest in the case, and the chance that anything close to justice would prevail. If there was nothing wrong with a kid being armed to the teeth and throwing himself into an uncontrolled violent hotspot, who cares what he does once he gets there?

Yes, there was a legitimate argument to be made for self-defense against the men Rittenhouse shot, who didn’t exactly greet him with hugs and open arms. But once the weapons charge was tossed, the case starts there — at the point of the encounters between Rittenhouse and those he shot.

So am I surprised by the verdict? No, nor to the message that it sends that it’s perfectly fine for young vigilantes to run into explosive situations fueled by racial overtones and come out with people dead.

But it’s certainly not OK.