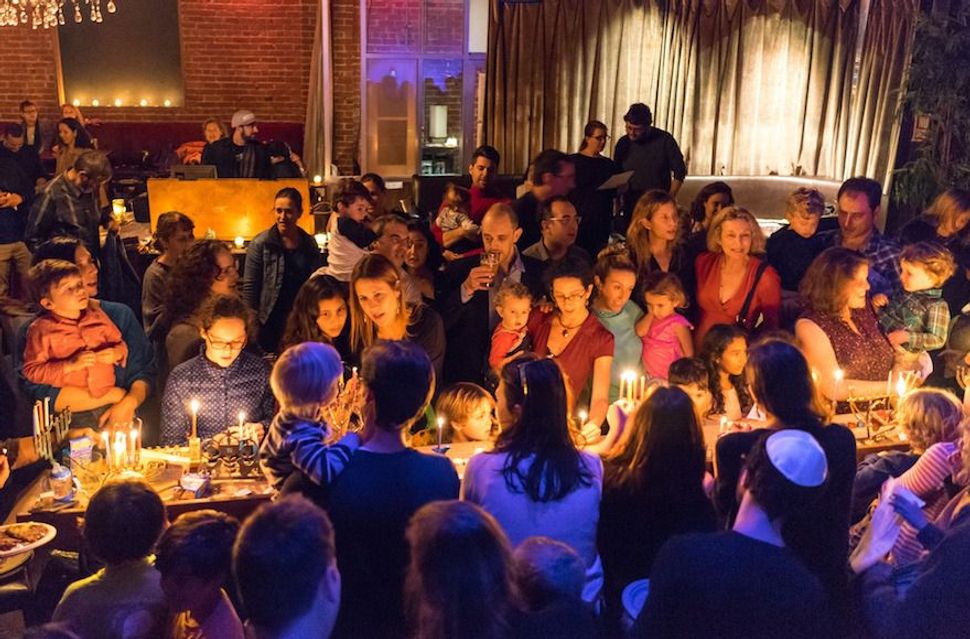 I’m grateful to the Forward for reprinting the JTA story about the , a new partnership of communities that is attracting the young and unaffiliated. It is a great story, and there is one nuance I would like to lift up.

While the tempting story to tell is one that links the declining synagogue affiliation with the rise in attendance at emergent communities like Chicago’s Mishkan, that story is not nearly as interesting, inspiring or true as the story that traces the points of light where existing institutions, federations and, yes, synagogues, have helped seed, cultivate, support and nurture experimental emergent communities — and then work both independently and collaboratively with them to build a brighter future for the local Jewish community. This kind of brave, big-picture thinking is what’s birthing the future.

Mishkan, an emergent independent spiritual community, holds services monthly at the Anshe Emet Synagogue on the North Side of Chicago, and under Rabbi Michael Siegel’s big-picture vision, has enjoyed a relationship of uncommon mutual respect as we both pursue our missions with our respective populations, coming together to collaborate in the moments that enhance us both, and engaging more Jews in Chicago and beyond. I am also part of a larger conversation among synagogue rabbis in Chicago about how to collaboratively build a thriving Jewish landscape, drawing on all of our strengths and resources. The result is more Jews getting connected, engaged, inspired and motivated to do Jewish.

To come together to create this kind of fearless, forward-thinking momentum on a large scale requires the vision and commitment of the individuals running the institutions — synagogues, federations, emergent communities — to operate from a paradigm of abundance, collaboration, trust and possibility, instead of fear and scarcity of resources. The far more interesting story here recognizes that there are many synagogues nationally that are thriving, and asks what they are doing right, how they are learning from and working with new models of Jewish community building. To set up synagogues and emergent communities as opposites is to misunderstand the bigger picture.

The JEN Fellowship’s goal is not to create a generation of rabbis who will go out and start new communities, obviating synagogues. That would actually be a colossal tragedy. The goal of the Fellowship is to create the next generation of entrepreneurial, risk-taking, courageous change makers, whose skills will be valuable and hopefully valued inside of existing Jewish institutions and synagogues nationally. They will lead to the transformation, revival and renewed strength of the Jewish future.

We’re all playing the same game, just at different positions on the field.