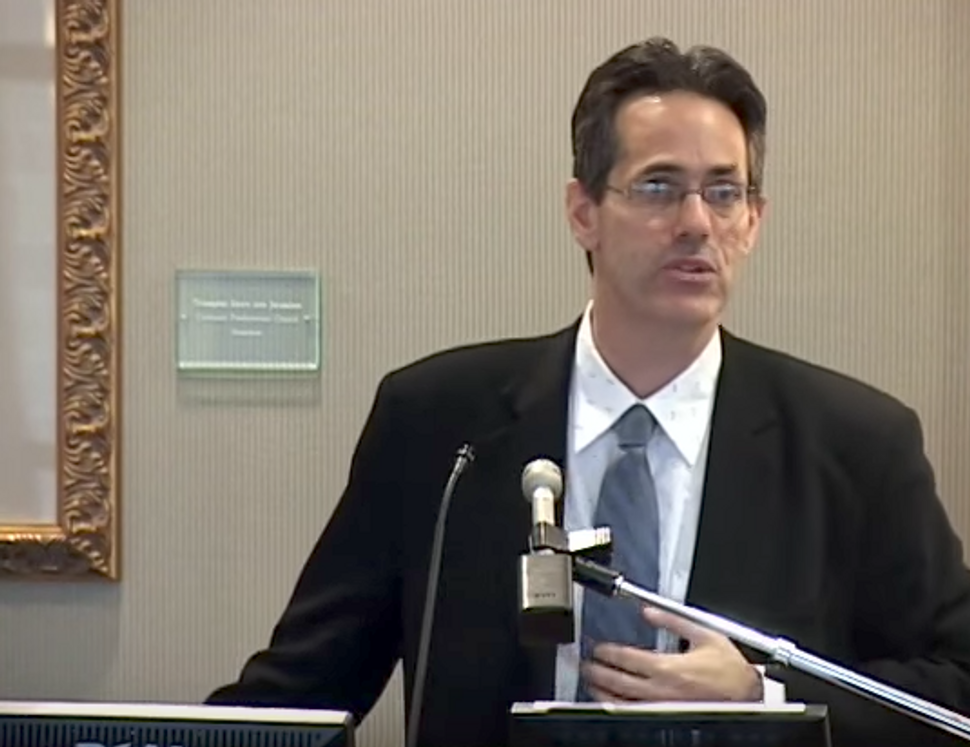 We have both known Professor Myers for many years. He is surely among the foremost scholars of Modern Jewish History in our generation, and he is highly respected in academic circles worldwide. He visits and lectures often in Israel, and is a staple at academic conferences and serious intellectual gatherings at all Israeli universities and think tanks. Scholars throughout the world read his myriad and thoughtful books and essays and seek his supportive counsel.

At UCLA he held the prestigious Sady and Ludwig Kahn Chair in Jewish History and served there for many years as both the Director of the Center for Jewish Studies and Chair of the UCLA History Department. In those latter capacities, he excelled as an administrator and earned a stellar reputation as a fundraiser while being an active leader in Los Angeles Jewish communal and religious affairs.

When the announcement was made in June that Myers would become the head of the Center, the academic community was overwhelmingly excited about his appointment. The Center for Jewish History constitutes the foremost archival repository of Jewish records in North America, and brings under one roof five respected organizations devoted to preserving the records of the Jewish past while promoting Jewish culture in the present. Its mission is to collect, preserve, and document the history of the Jewish people so that the Jewish legacy can be transmitted to our community and the world now and in the future. No one is more qualified than the charismatic and learned Myers to lead these efforts and bring the activities of the Center for Jewish History to a higher level. At the time of the Myers appointment, we were both cited in an article in the Algemeiner on his ascension to this position. One of us (Sarna) observed that Myers is “the very embodiment of what the center should be,” while the other (Ellenson) described Myers as “a preeminent scholar, teacher, writer and editor of the modern Jewish experience.” We, like all our colleagues in the academic world, were grateful that the Board of the Center for Jewish History had displayed such wisdom in appointing him as CJH President.

In all candor, there are a number of elements in Professor Myers’ political views on various subjects, including the complex topic of Israel, with which we disagree. When he spoke at Brandeis, we even had occasion to discuss many of them. However, all this was and is done in a mutually respectful way. We find Myers to be the very model of an engaged and responsible scholar, respectful of others, careful in his use of words, and open to myriad viewpoints. Would that all scholars and leaders followed his wise example and polite and open manner!

It is also simply not true that Myers believes that “Israel should no longer exist as a Jewish state.” There is no such reference in the article his critics cite to support this claim. On the contrary, Myers goes out of his way in the piece referenced by them to make clear his vigorous support for the existence of the State of Israel. Rather, his article simply echoes such well-known Zionists as Mordecai Kaplan and Simon Rawidowicz in insisting that the diaspora likewise play an important role in Jewish nationhood. This is not a controversial position for an American Jew (indeed, many Israelis agree), and it is disgraceful that the writers of these critiques of Myers distort what he wrote, no doubt hoping that readers will not bother to check the original. Myers is also on record as opposing BDS, contrary to what his critics conclude.

It seems self-evident to us that the Center for Jewish History should be a place where responsible views of many kinds are presented – the fact that five different organizations are represented at the Center makes that inevitable. Ours is a pluralistic and diverse community, and it is unthinkable that the Center’s president should be obligated to espouse a particular partisan view on Israel and Zionism. There should be no ideological litmus test whatsoever beyond an ability to articulate, celebrate, and advance the ideals and mission of the Center itself – and this Professor Myers is uniquely qualified to do by dint of personal temperament and superb scholarship.

The writings of David Myers indisputably fall well within the scholarly mainstream of Jewish life and they are unquestionably supportive of Israel’s basic right to exist. They are models of responsible public intellectual discourse. We are certain that Professor Myers will be a successful, creative, and fair-minded president of the CJH, and we again congratulate the Board for appointing him to this position.