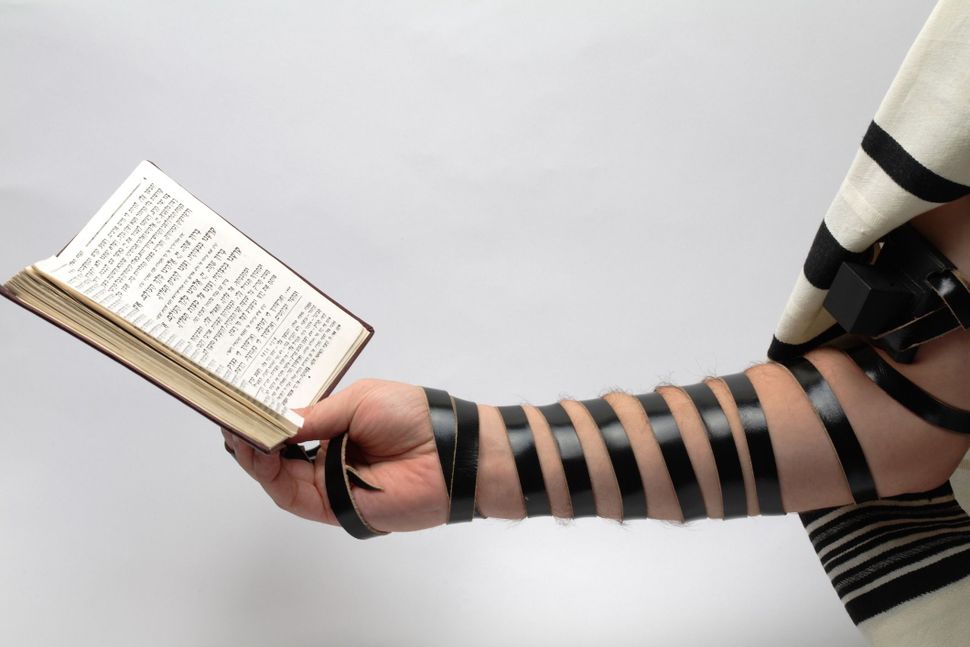 There is nothing more admirable in this world than the desire to get close to God. It is an innate part of every soul to want to return to the spiritual bliss found in the Divine Presence. Luckily, that Presence also wants to draw us close.

That’s why Hashem bestowed on humanity both the Written and Oral Torah, a guide for everyone to seize life, both in this world and eternally.

As described in Ari Feldman’s recent article in the Forward, Laying Tefillin Isn’t Just For Straight Men Anymore, it is clear to me that the individuals behind “All Genders Wrap” have this very desire. They want to show the world the beauty of one of the 613 mitzvot of the Torah. For that, they deserve praise.

However, one must also recognize the power of that desire. In particular how, if used incorrectly, can send the observer even further from God.

Look at tefillin in particular. Even by Jewish men, tefillin is only worn during the day, and only during weekdays. That means we don’t “wrap” on Shabbat, or on Yom Tov, and many have the custom not to wear them during the intermediate days of Pesach and Sukkot.

Tefillin is a positive, time-bound mitzvah. With various accompanying explanations, the Jewish sages teach us that women are patur (exempt) but permitted to perform most of the mitzvot in this category. Many women eagerly take the lulav and etrog on Sukkot or hear the shofar blown on Rosh Hashanah. These actions, although only required for men, can certainly move everyone towards Hashem when taken on optionally.

Unlike the shofar or the lulav, tefillin is a mitzvah of the body, and its holiness requires extreme caution. The body must be kept clean, the mind kept pure, and natural functions like passing gas are strictly prohibited while wearing tefillin. The wearer is also not allowed to forget that they are on. Although all men will eventually become obligated, the Gemara teaches us that boys should not even begin to practice until they can be trusted to maintain this level of caution.

Most individuals today are not capable of fulfilling the mitzvah to the highest degree. In the times of the Gemara, tefillin was worn all day. Since then, the Gedolei Torah observed how far we have come from Mount Sinai. They have ruled that at best, even those obligated can only wear tefillin during the morning prayer service.

With all of these risks, anyone without the obligatory commandment to wear them is advised to steer clear. But hope is not lost for the average non-male Jew today. All Jews are obligated in the negative commandments, the positive ones that are not time bound, and even a few positive, time-bound mitzvot like Shabbat. Keeping those would be great strides towards the closeness we all desire.

Figuring out which steps to take and how to take them can be difficult. The Mishnah in Pirkei Avot teaches us to make for ourselves a Rav. To find a qualified spiritual guide that can link us to the infinite chain dating to Matan Torah and beyond. Especially for someone that doesn’t identify as male or female, or who has already gone through gender reconstruction surgery (target audiences of All Genders Wrap), the laws can be very complicated and only mastered with the assistances of a recognized, Orthodox decider of Jewish law.

Hashem desires the service of all Jews. Jews of all colors and all identities. The Torah, Hashem’s word and principles, can bring all of us to divine service.

Menashe Shapiro is a rabbinical candidate in Jerusalem. The information contained in this article should neither be construed to represent p’sak halacha nor could ever replace the personal guidance of local Orthodox rabbi. He invites readers to contact him via email.