Menu
HomeWill It Take Another 9/11 For Us To Treat Each Other Decently Again?
Image by Getty Images

For weeks after September 11, 2001, police cordoned off the West Side of Manhattan below 14th Street. You could bypass the barricades only if you lived in the area, as I do, or if you worked as a first responder or as a reporter. At a time when a giant plume of dark, acrid-smelling smoke hung over downtown, and “MISSING” flyers lined every chain-link fence near the now-defunct St. Vincent’s Hospital, my dense, often anonymous neighborhood suddenly felt small-town intimate. Strangers behaved with unfamiliar warmth; on the streets, locals exchanged “can-you-believe-this-shit” looks and stopped to help old ladies who used walkers. We congregated at Corner Bistro, one of the only joints to remain open after the attacks, to drink away our collective sorrow.

It wasn’t just the neighborhood that came together. Remember when every member of Congress stood on the steps of the Capitol building on the afternoon of the attacks and belted out a heartfelt rendition of “God Bless America”?

9/11 just burst into my consciousness outside an outdoor store called Kenco, in Kingston, New York, not far from where I spend many weekends. I’d stopped by to get some work clothing that the store sells alongside air guns, tents and steel-toed boots. You can also sharpen your ax, or get your eyes checked by the store’s optometrist, who works “every Tuesday from noon until 5:00 p.m.”

Will It Take Another 9/11 To Make Us Treat Each Other Decently Again?

It’s purple country. Plenty of liberals live in nearby Woodstock, and some jokingly refer to the Catskills as the “Swish Alps,” because of its large LGBT population. Hillary Clinton edged out Donald Trump here; he beat her in the next county over.

As I approached Kenco’s front door, I was struck by a sign taped onto it. It read: “Please keep our our store politics-free — so we can all be friends.”

“No Shirts, No Shoes, No Service” I get that. But No Politics? That policy reflects the walking-on-eggshells mood now pervasive in the country. Conversation too often turns into conflict. Some rabid supporters of Israel’s government’s current policies, for instance, have lately felt free to smear proponents of compromise with the Palestinians as “kapos” — Jews chosen by the Nazis to supervise other concentration camps prisoners.

Will It Take Another 9/11 To Make Us Treat Each Other Decently Again?

‘Kapo’ is the Jewish N-Word

While tinkering with a bike rack on a client’s car in the parking lot, Kenco’s genial owner, Bill Kennedy, explained why he wanted to quash in-store political debate. An increasing number of customers who oppose Trump, he observed, regularly mix it up with a staff member who backs the president. Think of it as the campers versus the hunters.

“We’ve had some very aggressive conversations,” Kennedy fretted. “This is an outdoor store; this is all fun for me, so I don’t want people to get upset. I’d rather we not talk about politics.”

The incivility spiked after Trump launched his presidential campaign, Kennedy recalled: “I believe there are people that passionately do not like our administration…. We had people here that didn’t like President Obama, but they didn’t go to the extreme of verbally shouting about it in a very sedate retail establishment, which I get very often now.”

Churlishness is bipartisan, though. A short drive from Kenco, in the town of Rochester, Black Lives Matter and pro-Trump signs have been mysteriously disappearing from lawns. “Some peace signs were destroyed,” the town supervisor, Carl Chipman, wrote in an open letter to citizens. The letter was reprinted in our community newspaper BlueStone Press. “I don’t know why anyone would destroy a peace sign.

“When someone attacks one of us, they attack all of us. And we need to learn to stand together. We can’t let ourselves fall apart. We have too much crap going on in Washington, and… we don’t need to let it” infect us here.

It may be too late for that.

During the height of the presidential campaign, some Trump fans paraded around rallies with signs that threatened the life of “Killary Rotten Clinton.”

And just the other day, Matt Rinaldi, a Republican state representative in Texas threatened on Facebook to shoot his Democratic colleague Poncho Nevarez.

Around the same time, I stumbled upon an equally horrific flyer posted on a wall in Greenwich Village that displayed a doctored photo of Donald Trump’s family grave. Under the headstone, the “artist” had edited in the words “Satan Spawner” and added captions that mocked the dead. Fred C. Trump Jr., the president’s elder brother who died from alcohol addiction at age 43, was labeled “Boozer Brother.”

Criticize the president’s misguided policies, protest his vitriolic tweets; he can defend himself — his dead relatives, not so much.

It’s easy to blame President Trump for the acrimonious state of political discourse. Unfortunately, he pours gasoline on fires, unlike most, maybe all, of his predecessors. But it’s up to the rest of us — from bleeding-heart liberals to rock-ribbed conservatives — to decide whether to follow or reject his unfortunate example.

Americans should be able to chat about politics while shopping for a pair of work pants and still stay friends.

Will It Take Another 9/11 To Regain Political Civility? 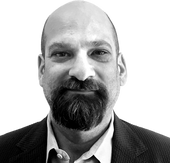