I encountered fierce opposition to a piece I wrote recently on the value of welcoming multi-faith families into our communities and adopting a posture of radical hospitality. I believe that providing a space that caters to every Jew’s spiritual needs — even if that Jew is married to someone of another faith — is the most practical way to ensure the future of the Jewish family.

This posture of radical hospitality I advocate for is best exhibited in the tale of the ancient rabbi Hillel. A potential convert came before Shammai, another rabbi, and demanded to learn the Torah on one foot. Shammai shunned the person, balking at the mere request. But Hillel agreed, emphasizing that the entirety of the Torah is to love thy neighbor — the rest is commentary, now go out and learn.

This tale gets told and retold, but the pastoral lessons here are worth revisiting.

How did Hillel meet this convert in the first place? How did he greet him at the door? Hillel did not dismiss the candidate for his outrageous request to consolidate thousands of years of history; instead, he embraced him fully. A potential conversion candidate demanded to learn the written Torah and not the oral Torah — a preposterous request! What is Shabbat without the rabbi’s deductions and interpretations? Still, Hillel accepted him, and in the process, shows him the importance of the rabbi’s contributions to Judaism.

We Need Rabbis Who Get Interfaith Families

These social details are subtle but crucial. Hillel’s fearlessness, his openness to engaging with someone who showed the slightest interest in Judaism, allowed him to teach the Torah to whole new audiences. Indeed, it’s what allows the convert to say later, “Shammai’s impatience sought to drive us from the world, but Hillel’s gentleness brought us under the wings of the Divine Presence.”

This is the challenge of our time. How do we meet people where they are while holding true to who we are? Might we learn how to advocate for a shift in culture and outlook without arguing for law to be reversed? It may be a delicate dance and there may be times when a law needs to be adapted, but we owe it to ourselves and future generations to engage gracefully in these debates.

After all, Judaism strives to uphold competing and often contradictory values. “These and these are the words of the living God,” the sages of the Talmud assert. The rabbis declared that our most inspired and divine text has seventy faces to it, with countless interpretations. Judaism embraces our questions, offering us Biblical models from Abraham to Moses who consistently argue with God, while the Talmud is replete with dissenting voices.

But on this issue, apparently, dissent or even questioning is not welcome. “Who are we to innovate,” the traditionalists cry, “as heirs to a legacy that far outdates any other trend or social phenomenon? What authority do we have to tinker with a system thousands of years old?”

Meanwhile, the progressivists have their own demands: “Who were the rabbis of the Talmud in the first place to make their own radical conclusions, forging a new path of Judaism in a post-Temple era?”

Our political climate has increasingly grown polarized, but must our religious sensibilities also suffer from such a dichotomous fate? Surely, Judaism deserves better.

As a young rabbi at the beginning of my career, I look to my ancestors for guidance. I often think of my great-grandfather, Zalmen Mlotek, who was a melamed, a Judaic studies teacher, who also taught mathematics and astrology in his small shtetl outside of Warsaw. His wife, Fayge, oversaw their families sewing business. Their children held wildly different political and religious beliefs — socialists, communists, Zionists, Bundists, observant and secular — and I dream of what the discourse at their Shabbat table sounded like.

When World War II transpired and the Holocaust dealt our people a most irreparable blow, we lost a certain type of embodied Judaism, where Yiddishkeit, our Jewishness, was how we lived, breathed and interacted with the world. So fearful are we of physical threat and destruction that we have neglected the spiritual despair we face when we do not change with the times or at least acknowledge new landscapes.

My ancestors in Europe, like their ancestors before them, understood Judaism was more than a religion. Indeed, there is a whole world of Jewish life and culture outside of the observant world, though some traditional Jews may not be familiar with its ways or merits. As an Orthodox Jew who grew up immersed in a Yiddish cultural home, I realized this from a very young age as well. One of my earliest memories was my mother’s rebuke when she learned I called another child non-Jewish. (The child happened to have a Jewish father and non-Jewish mother).

Judaism is more than law and more than Torah. It is its people and their practices, their customs, their songs and dances, recipes and rules. Judaism has survived thousands of years facing persecution and has adapted always. Neither the Romans nor the Germans defeated us; are we really so terrified of multi-faith families? Only we can forge our own destiny and let our tribalism bruise more than it blesses us.

I believe every committed Jew, regardless of affiliation, needs to articulate cogent religious replies to the queries of our day: LGBTQ inclusion, the role of women, engaging interfaith families, living a prophetic Judaism that responds to the social justice crises of our time and doesn’t just parrot politically correct talking points. They are religious issues that require the same passion, sensitivity and seriousness as the religious responsa that deal with Shabbat, dietary laws and the like. Judaism’s mitzvot, its commandments, relate to the ritual and the interpersonal; the covenant with God we adhere to demands an honest look at where we are now.

In the next few weeks, we will recall some of the most tragic anniversaries in our Jewish calendar. We are taught that the ancient Temple was destroyed due to senseless hatred, and yet in the 21st century, the blogosphere has seemingly offered Jews and all people an opportunity to disengage from thoughtful interactions and hide behind smug and often cruel rhetoric. Do the writings of the Chafetz Chayim on ethical speech not apply to the internet? Can we learn to respond and not only react when an article or idea gets under our skin? Since when do we Jews fear words, or worse, ideas? Let us use this time to enter an arena of argumentation for the sake of heaven so that we may engage thoughtfully, respectfully and creatively with the challenges our community faces. 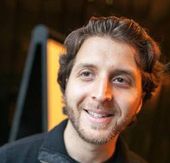