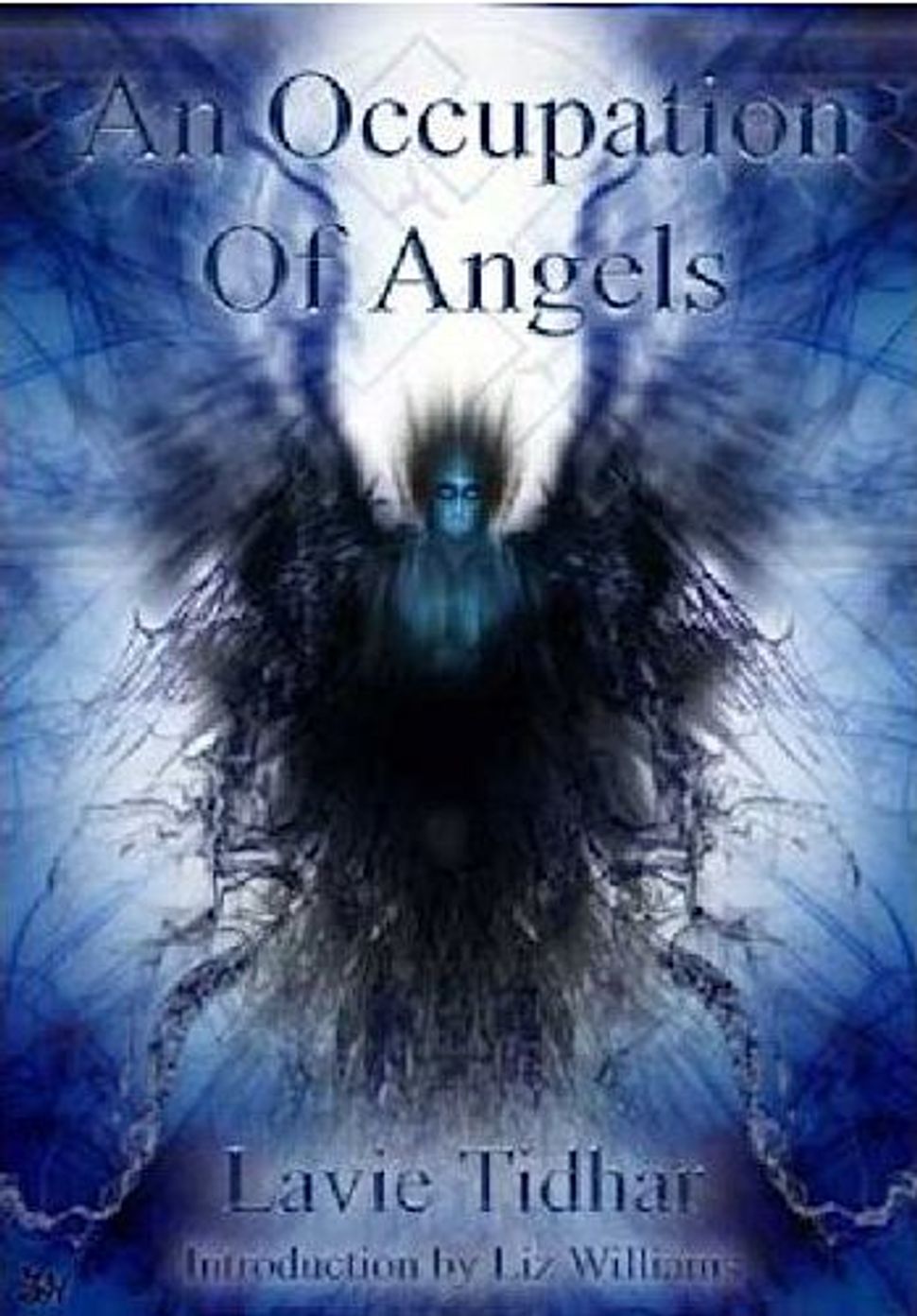 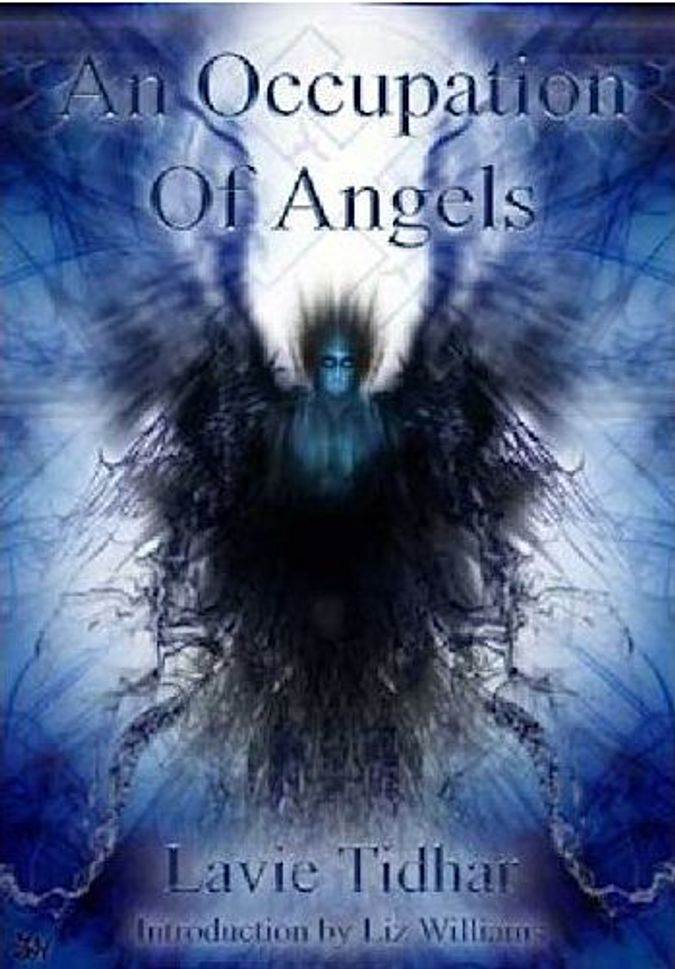 It can be terribly frustrating, writing a book no one wants to buy.

At the same time, it can be a good indication you’re doing something right.

I wrote a book called “Osama.” It will be out next year — but only in a limited-edition format, from a specialist press in the UK called PS Publishing. It’s a prestigious publisher — they also publish Ray Bradbury, and Stephen King, and they seem to like my stuff. But 20 other publishers have so far rejected “Osama” for publication.

My favourite rejection said, “What a great book! However, at my previous employer we got bomb threats in the post, and I don’t want that to repeat here, so…” “However” is the one word you don’t want to hear when you send out a book.

A lot of publishers liked the book. But no one wants to buy it.

“Osama” is the story of Joe, a private detective living in Vientiane, Laos, a place as far from anything as you can get. His world is…different from ours, we find out. Simpler, possibly. Joe just gets by, but then he is hired by a mysterious woman who asks him to find a marginal writer, Mike Longshott, the author of a series of pulp novels about one “Osama Bin Laden: Vigilante.”

To find Longshott, Joe has to leave Vientiane, travelling to Paris, London, New York and Kabul on the trail of the elusive writer, who seems to write about mass terrorist attacks, about a war no one seems to understand. And Joe gradually finds out he, too, is in the midst of a secret war, with people after him, and the border between the two worlds blurring… until he has to face who he himself really is.

I can see why publishers are uncomfortable with this book. It is not only the subject matter — the “War on Terror,” or the war in Iraq and Afghanistan — not just Longshott’s detailed, almost-clinical passages about attacks in Nairobi or Ras-al-Shaitan or the London Underground. It is not just the title, “Osama,” which makes grown publishers run screaming. We never see Osama bin Laden in the book. We only ever see his shadow. What I think the problem — one of the problems — publishers have is that the book takes place in a shadowy place. Is it real? Is it fantasy? One editor went over the manuscript line by line, highlighting changes he would like. Everywhere the book whispers, suggests, hints, the editor wanted the book to shout. To point and say, “This is what I mean!”

It is a book that mixes pulp, and the formula story, with bits of old black and white films, and alternative history, and the ghost story, and a very real, very immediate war and its impact on people’s lives.

And no one’s sure, I think, exactly what to do with it.

At least one editor who loved the book had to reject it because the people from marketing didn’t know how to market it. Others didn’t understand what was happening in the book. Others still were afraid of bomb threats (I’m not sure from whom). It’s a book that gets praise, but not a contract. Which is fine…

Because I couldn’t not write “Osama.” As it happens, I have a very personal history with that loose, and little understood, network of operatives that uses the collective name Al-Qaeda. I was in Dar-es-Salaam, in Tanzania, recovering from malaria in a small hotel room in 1998, when the American embassy was attacked. I was in Nairobi a week later, watching the remains of the embassy there, surrounded by soldiers after the fact. And my wife, who was with me there, was in the Sinai in 2004 when a set of bomb attacks rocked the tourist coast of the Red Sea. A car bomb exploded less than a kilometre away from where she was, and I remember that night vividly, trying to establish contact, find out that she was alive, with the phone lines jammed and people passing on messages to each other, reassurances that such-and-such is fine, that they’re alive.

Just as I remember being in London in 2005 when four suicide bombers blew themselves up, spreading out of King’s Cross Station, where my wife travelled every day on her way to work (she was out of London that day, and had to travel back through the scene of chaos).

So I feel a certain intimacy with Al-Qaeda. We’ve certainly been through a few things together! I think the real tragedy of this war is that no one seems to understand it. The Americans seem genuinely baffled by the attacks, by the power of anger and resentment directed at them across a large part of the world. Al-Qaeda hasn’t come out of nothing. Nor did the American invasions of first Afghanistan and then Iraq. Most recently, a colleague of my wife’s, an aid worker like herself, was kidnapped in Afghanistan and later killed by a U.S. soldier’s grenade in a failed rescue attempt. This is a war that we need to understand.

It is a war my hero, Joe, most certainly doesn’t. He just wants to get by, in his very carefully constructed world. He’s escaped these things he doesn’t understand, has created for himself a simpler world, a black-and-white world that resembles an old noir picture.

But, unlike Joe, we can’t live in black-and-white. We have to understand the shades of grey.

I think, ultimately, that’s what “Osama” is about. Maybe, when it comes out next year, no matter how small the print-run is, other people will agree. Maybe they’ll hate it. I wish it would find a bigger publisher, but I am happy either way. Happy that I wrote it, happy that I got to say something important, and happy that one publisher, at least, believes in the book enough to take a chance with it. I think they’re a bit scared about it, too…

But we need to stop being scared, and start understanding instead.

Lavie Tidhar is the author of “HebrewPunk,” “The Tel Aviv Dossier,” and “The Bookman.” His novel “Osama” is forthcoming early next year from PS Publishing.

MyJewishLearning.com is the leading transdenominational website of [Jewish][13] information and education. Visit MyJewishLearning for thousands of articles on Judaism, [Jewish holidays,][16] [Jewish history,][17] and more.