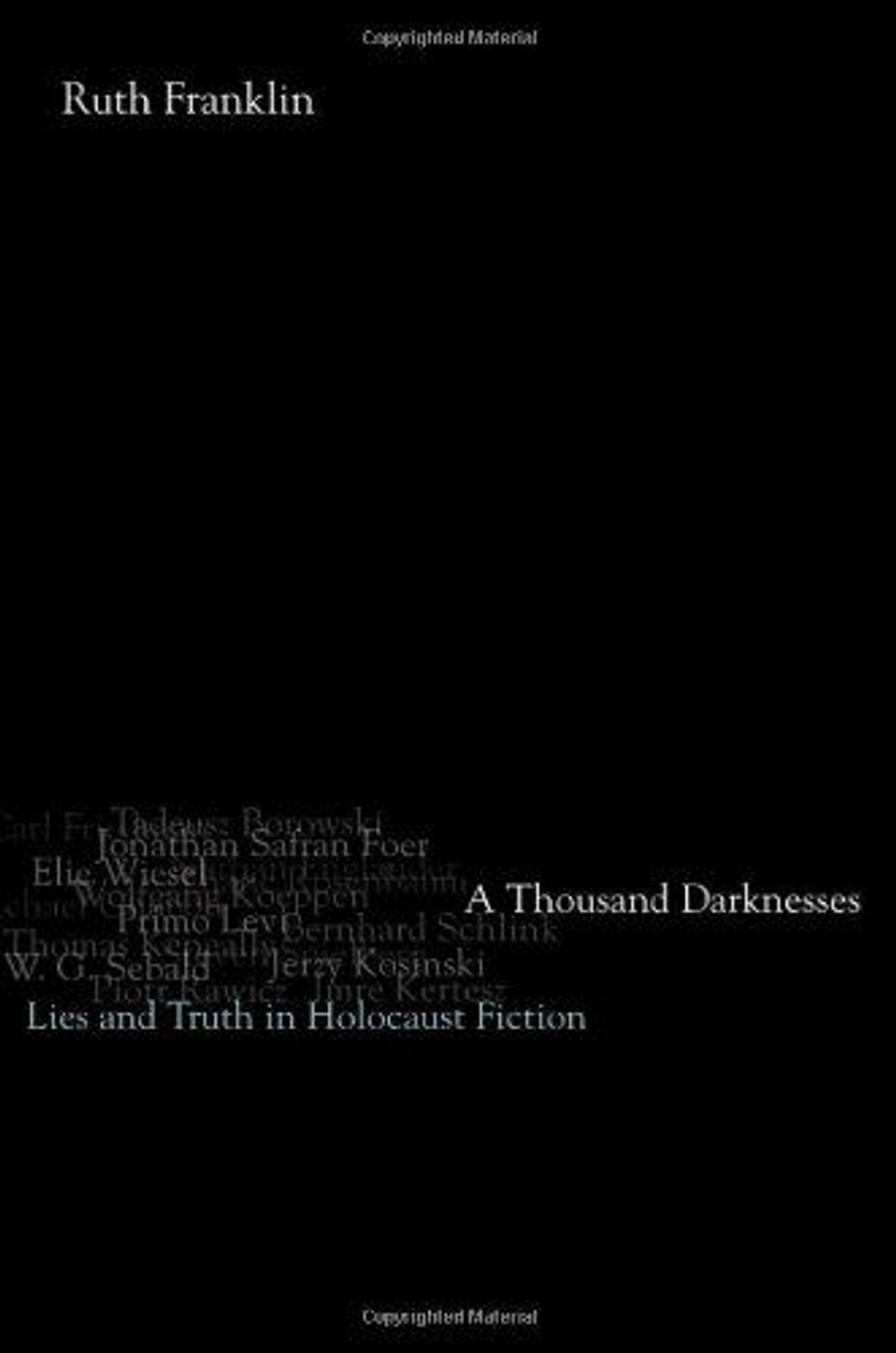 Ruth Franklin is the author of “A Thousand Darknesses: Lies and Truth in Holocaust Fiction.” Her blog posts are being featured this week on The Arty Semite courtesy of the Jewish Book Council and My Jewish Learning’s Author Blog series. For more information on the series, please visit: 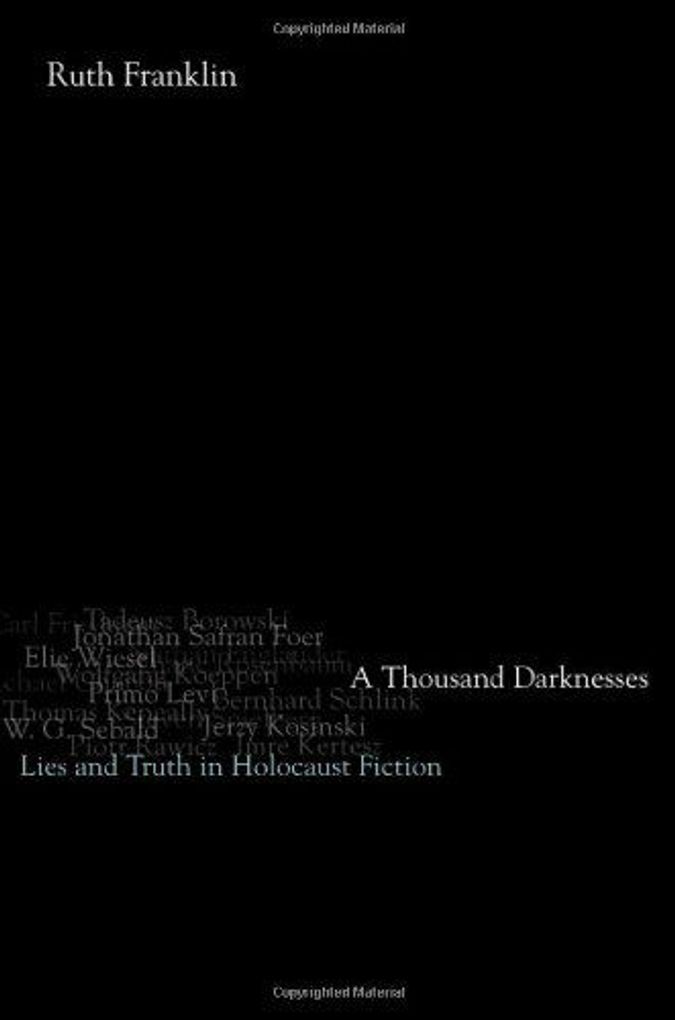 Ah, fall — the season of hot apple cider, leaves crunching underfoot, and… Jewish book fairs. As I write this, bleary and jet-lagged, I’ve just returned from San Francisco’s terrific Jewish Bookfest, where I did an event with Yann Martel. As much of the world’s reading population knows, Martel is the author of “Life of Pi,” a saga about a boy stranded on a raft with a Bengal tiger, which won the Booker a few years ago and promptly became a runaway international hit. I, on the other hand, just published my first book, a collection of essays about Holocaust literature focused on the tension between imagination and memory in works by writers such as Primo Levi, Elie Wiesel, Jerzy Kosinski, and a number of others. Heavy stuff, and not always what people want to be entertained with on a Sunday afternoon.

Martel’s new novel, “Beatrice and Virgil,” deals with the Holocaust, so our pairing wasn’t quite as bizarre as it might seem. Still, I was more than a little anxious about the prospect of sharing the stage with such a prominent author. To his great credit, Martel put me at ease immediately. I don’t know what I was expecting an international superstar to look like, but certainly not this slight, unassuming man dressed in blue jeans and leather jacket who immediately started chatting away about Holocaust literature when we met at the airport. Each of us had been reading the other’s book on the plane, it turned out, and we both emerged full of ideas and questions.

The opening of Martel’s novel describes the genesis of the book in a lightly fictionalized way, so I knew that he had spent much of the last half-decade or so obsessed with the very same subject as I had: the difficult question of how a catastrophe like the Holocaust can be represented in art. Ever since the first years after the war, when Theodor Adorno famously proclaimed that writing poetry after Auschwitz was barbaric, there has been a deep-seated uncertainty about the legitimacy of such representations, which many scholars and critics have seen as a distortion of the grim historical truth: “Art takes the sting out of suffering,” as one theologian put it. However, as I argue in my book, there’s really no avoiding art. It’s simply not possible to say, as Elie Wiesel and others have done, that the only acceptable way to represent the Holocaust is through testimonies or memoirs, because even these works — if they are effectively written — are profoundly shaped by creative imagination. Every canonical work of Holocaust literature involves some graying of the line between fiction and reality. And many of them, including Wiesel’s “Night” and Levi’s “Survival in Auschwitz,” have been identified, at different points in their publishing histories, as both memoirs and novels.

Martel’s book opens with an account of a writer who has created a different kind of book about the Holocaust: a work of fiction paired with an essay, to be published back-to-back within one binding in flip-book style. In a scene that is at once hilarious and excruciating, various bigwigs at the writer’s publishing house take him out to an elegant lunch over which they savage both his manuscript and the flip-book concept. (It won’t work, one of them tells him, because in a book with two front covers there would be no place to put the bar code.) He leaves demoralized, abandons writing for some time, and moves to an unnamed city abroad. There he meets a taxidermist who requests his help with a play he is writing: a dialogue between two characters, Beatrice and Virgil, who, we soon discover, are taxidermied animals — a donkey and a howler monkey. As the novel unfolds, it becomes clear that what we are reading is an allegory — perhaps even an allegory within an allegory — that has certain resonances with the destruction of the Jews.

Martel’s protagonist, early on, says that he wrote his previous novel “because there was a hole in him that needed filling.” If novels can fill holes in people, can they also help to fill holes in history? I didn’t get a chance to ask Martel this question, but I imagine that he would have said yes.