The Best Way To Play Charades 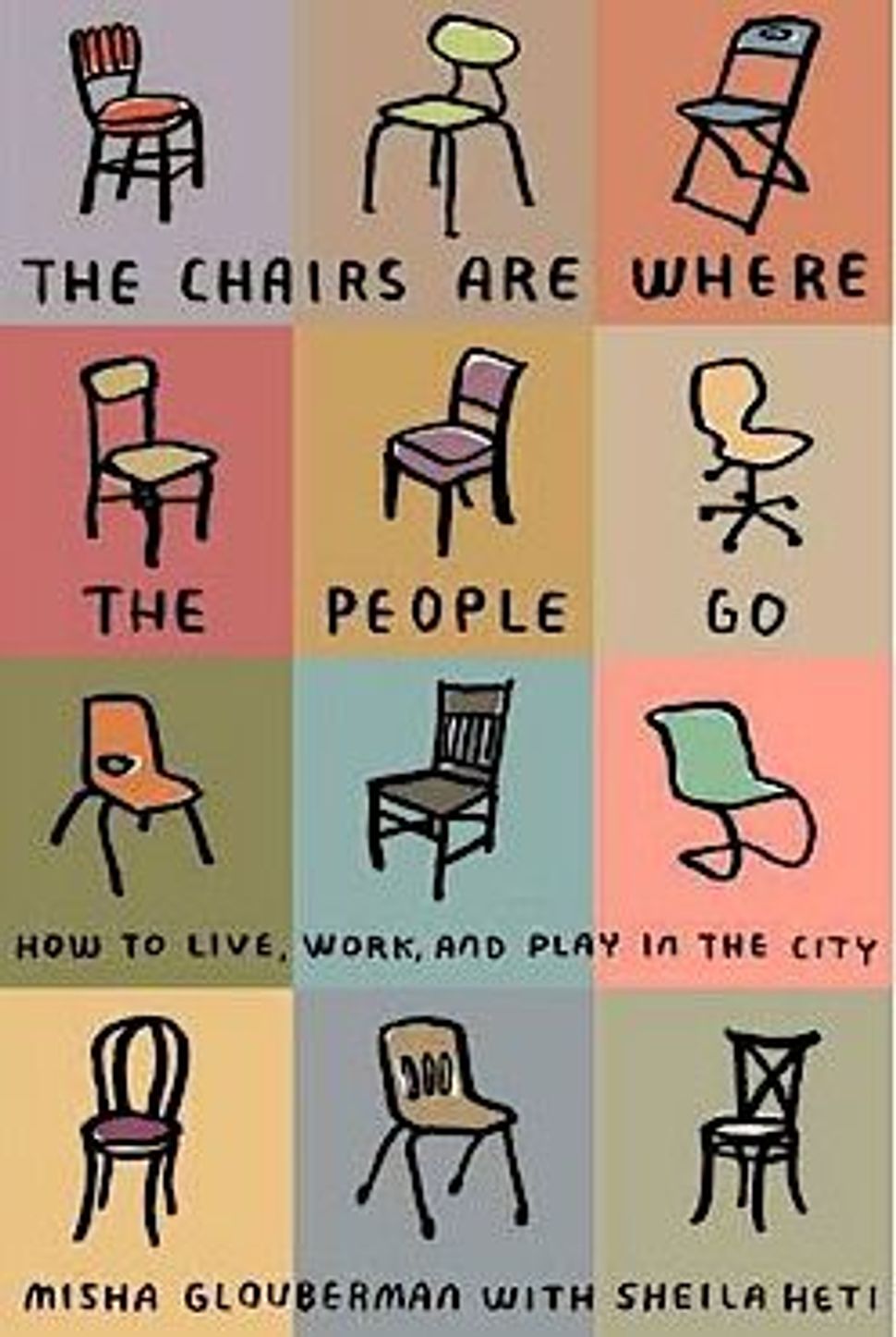 “The Chairs Are Where the People Go: How to Live, Work, and Play in the City”
By Misha Glouberman with Sheila Heti
Faber and Faber, 174 pages, $13 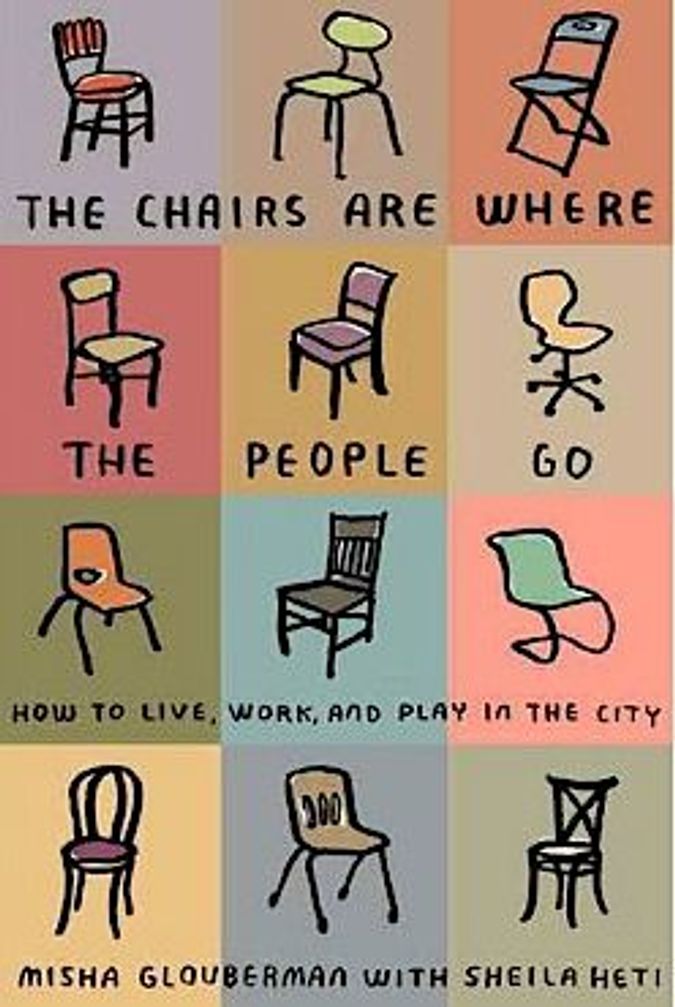 “The Chairs Are Where the People Go” is the name of a chapter in Misha Glouberman’s book, as well its title. It is also one of the many ostensibly obvious observations that make up this hard-to-characterize collection of surprising and delightfully profound insights.

Glouberman obliged the request of his friend and Toronto neighbor, author Sheila Heti, to sit down and expound his wisdom on “how to live, work and play in the city” (the book’s subtitle). Glouberman, despite his somewhat disheveled appearance, apparently has very organized thoughts, which spilled out in full, fluent paragraphs as Heti recorded them.

He’s definitely a very smart guy, but not in the way many of his fellow Bialik High School and Harvard University graduates are. It probably has to do with the fact that while most of his Montreal childhood friends have gone on to be doctors, lawyers and accountants, and his Harvard classmates have conquered Wall Street, Glouberman has developed an expertise in improvisation and facilitation. In other words, he’s an artist type who runs conferences and does communications consultation to pay the bills. He’s also the self-proclaimed — and uncontested — leading Canadian expert in teaching charades.

Charades is serious business for Glouberman, and he shares his very specific, idiosyncratic take on how the game should be taught and played. Amazingly, this makes for fascinating reading, as do the chapters on his methodologies for teaching dramatic and musical improvisation, as well as how to set up and host panel discussions, conferences and speaking events.

For readers not so into fun and games, there are chapters on things like how spam filters should work, why people go to parties, love, monogamy, civic responsibility and urban gentrification. The book’s kicker draws connections between quitting smoking and wearing a suit. For those, like Glouberman, with a two-pack a day habit, buying the book just to read this final chapter is worth it.

In case you were wondering why computers last only three years, Glouberman can explain that, too. He was a computer consultant before devoting himself full time to his true passions. But that doesn’t really account for why Glouberman can shed light on this technological phenomenon. It’s more a result of the fact that he thinks about this stuff a lot more than the rest of us do.

“The Chairs Are Where the People Go” is a very appealing book, because once we get past asking whether this Glouberman guy is for real, we realize just how very real he is. While the rest of us rush through our lives just getting from point A to point B, Glouberman makes a point of getting off the treadmill to seek meaning in the seemingly mundane. And he spends a lot of time trying to figure out how people can get along better, because he really does care.

The best part is that Glouberman probably would not have thought of writing a book about all observations had Heti not suggested it. That comes through very clearly, and has a lot to do with why we want to read what he has to say.

At the very end of the book, Glouberman muses about why people describe him as “a man in a wrinkled suit” when he actually has his suit pressed regularly. “It must just be something about me,” he hypothesizes. Whatever impression his wardrobe gives, there is definitely something about Misha Glouberman that makes us want to hang out inside his head for a little while.

The Best Way To Play Charades