Songs of Hope and Failure 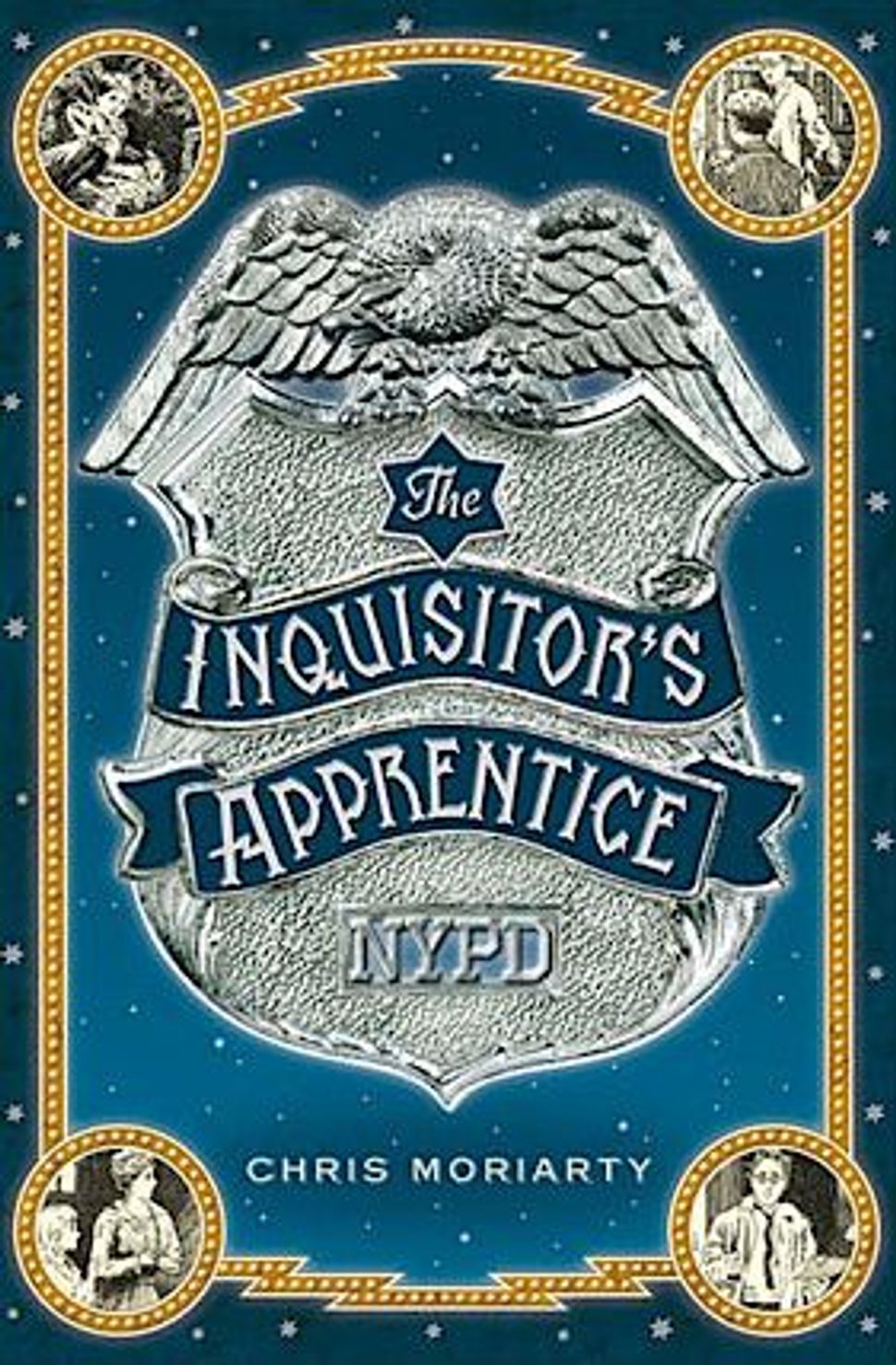 On Monday, Chris Moriarty wrote about why she wrote “The Inquisitor’s Apprentice.” Her blog posts are being featured this week on The Arty Semite courtesy of the Jewish Book Council and My Jewish Learning’s Author Blog Series. For more information on the series, please visit: 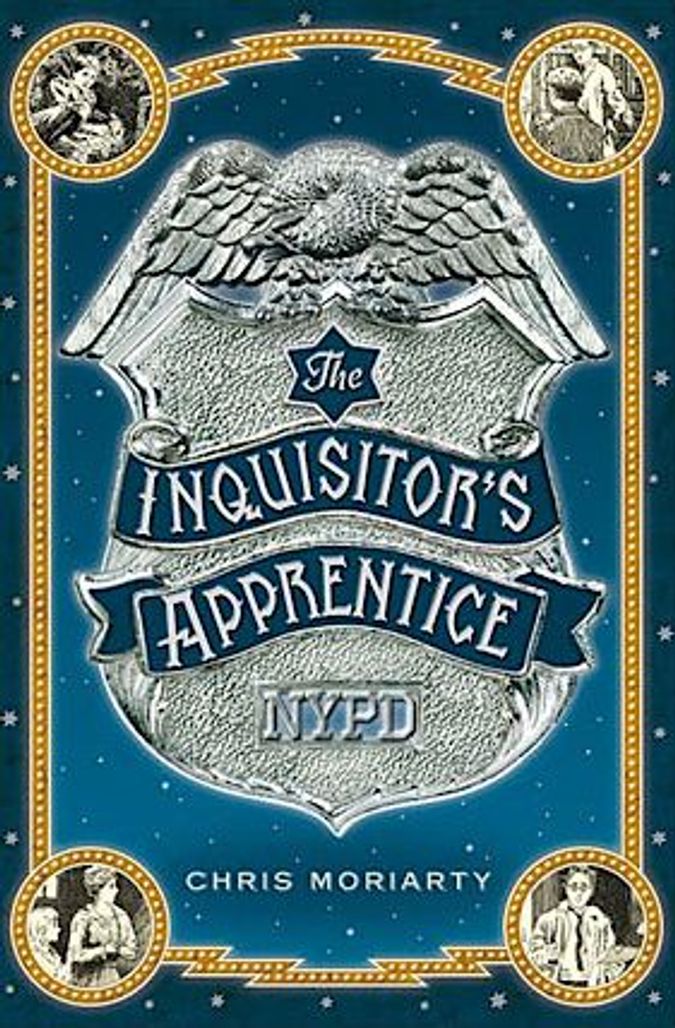 So the tents have come down at Zuccotti Park. Occupy Wall Street is over. Or, as the more hopeful would have it, it has morphed into Occupy Everywhere. I hope they’re right. I hope Occupy Wall Street does become Occupy Everywhere. I hope the issues of the 99% become a focus of the upcoming presidential campaign. And I hope real, lasting, meaningful change comes of this movement.

But just for a moment I’d like to look at the other side of the coin.

I’d like to sing the praises of failure. I’d like to point out that failure is in fact the universal fate of truly transformative social, political, or religious movements. And I’d like to argue that graceful failure matters just as much for revolutionaries as it does for source code and suspension bridges.

Actually, I’ve been thinking about graceful failure ever since Simchat Torah. This year it fell just after the Occupy Wall Street march on Times Square. My husband and I were more spectators than marchers, since we had two sleepy kids in tow. But a few days later when I looked at the bright faces of the children gathered under the tent of the upraised prayer shawls, whispering about important things like chocolate while we grownups droned on overhead about death and creation, I suddenly remembered the faces I’d seen streaming out of Times Square after the march.

It was a very New York crowd: a crowd of every age and color and social class. There was a radiant joy and hope in those faces that is all too rare in America today. And the sight of that great flood of humanity streaming across Manhattan reminded me powerfully of Martin Luther King Jr.’s prophetic words about justice rolling down like a mighty river.

Of course justice never did roll down like a mighty river. If it had, the Southern Poverty Law Center’s hate crime blog would be a lot quieter than it is. And the statistics on African-American children in poverty and African-American men in prison would not be source of national shame. The history of transformational politics in America is essentially a lesson in failing, failing again, and failing better. The late Howard Zinn dedicated much of his life to documenting this history. And more recently two wonderful books — John Nichols’s “The ‘S’ Word: A Short History of an American Tradition…Socialism” and James R. Green’s “Death in the Haymarket: A Story of Chicago, the First Labor Movement and the Bombing that Divided Gilded Age America” — have documented this underground history.

Martin Luther King knew this history. And he had a theologian’s grasp of the readings that waft over the heads of the children in synagogues all over the world each Simchat Torah. King understood that failure is the fate of all truly transformational social movements. If you read through the arc of his life and writings, you see him always pushing toward the next goal, peering around the next bend in the road, reminding people that the moment you begin to reify a movement — to become infatuated with success or paralyzed by the fear of failure — you have started the slow slide from revolution to institution, from transformation to status quo. This was one of his great contributions to American politics, though it’s one that is a lot harder to quantify and celebrate than his more tangible successes.

People like to tell fairy tales, of course. And as a fantasy writer I’d be the last person to claim that fairy tales are mere escapism. Fantasy turns a magic mirror on our world that can reveal long-accepted injustices and inspire us to transform society in light of our highest ideals. But many fairy tales have an insidious lie at their hearts: the promise of a happily ever after where conflict and corruption are banished; the promise that slaying dragons is a once-in-a-lifetime event, something you do right before sailing off to what James Thurber (tongue firmly in cheek as usual) called “the blessed isles of Ever After.”

But in real life there are no blessed isles of Ever After. In real life Moses dies in the desert. In real life Martin Luther King, Jr. died just as he was beginning to take on the truly intractable problems of socioeconomic injustice in America. In real life the promised land is always on the other side of the river — and transformative social movements are always crushed or corrupted, diluted or deflected, or simply lost in the flood of daily trivia.

So as we talk about what it means that the tents have come down, we should remind ourselves that it was never a question of whether Occupy Wall Street would fail. It was only a question of when. Occupy Wall Street will inevitably fail, just as all truly radical attempts at transformation fail. But if it fails well, then it will have brought us to the bank of the river. And it will have given us the courage to learn from our failure, turn back to the beginning of the scroll, and risk everything once again in a new act of creation.

Like so much of the Jewish liturgy, Simchat Torah is a ritual that meets you wherever you are in life and seems to impart new wisdom from year to year. As a parent I see it mainly as a time to give thanks for the gift of children and reaffirm my commitment to their Jewish education. But this year I was struck by the great gift that the ritual gives to our children: the gift of teaching them that failure is, if not exactly sweet, then at least part of the life’s cycle and no more to be feared than any other part.

That’s not a gift most of us are very good at giving our children in real life. Don’t get me wrong; kids certainly get plenty of chances to watch their parents fail. But we rarely do it gracefully. Usually we look around for someone else to blame. Or we lie to ourselves — especially in the realm of politics — settling for the achievable compromise and then reacting with fury when anyone has the chutzpah to remind us that we once hoped for bigger and better things. Simchat Torah cuts through the denial, in the most simple and unsentimental way imaginable.

And so we sing our songs of hope and failure. We put up our tents even though we know they will be taken down. We tell our children that the Torah is as sweet as honey. We tell them about Moses dying in the desert within sight of the promised land. And then we turn the scroll back to the beginning, and we start a new year of struggle, and we hope we fail better next time.

Songs of Hope and Failure