Sex and Scandal in Nazi Berlin 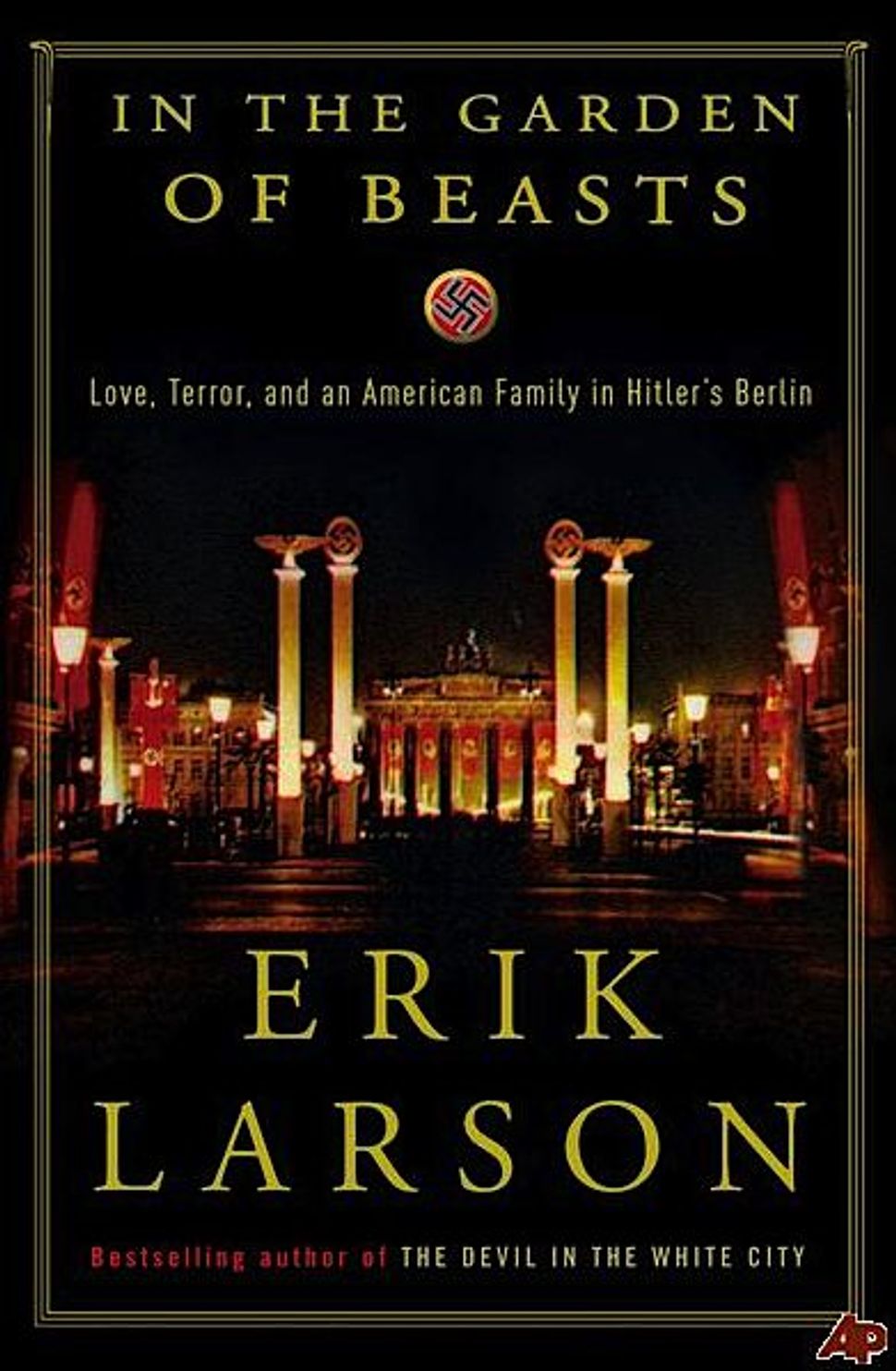 In The Garden of Beasts: Love, Terror, and an American Family in Hitler’s Berlin
By Erik Larson
Crown, 464 pages, $26.00 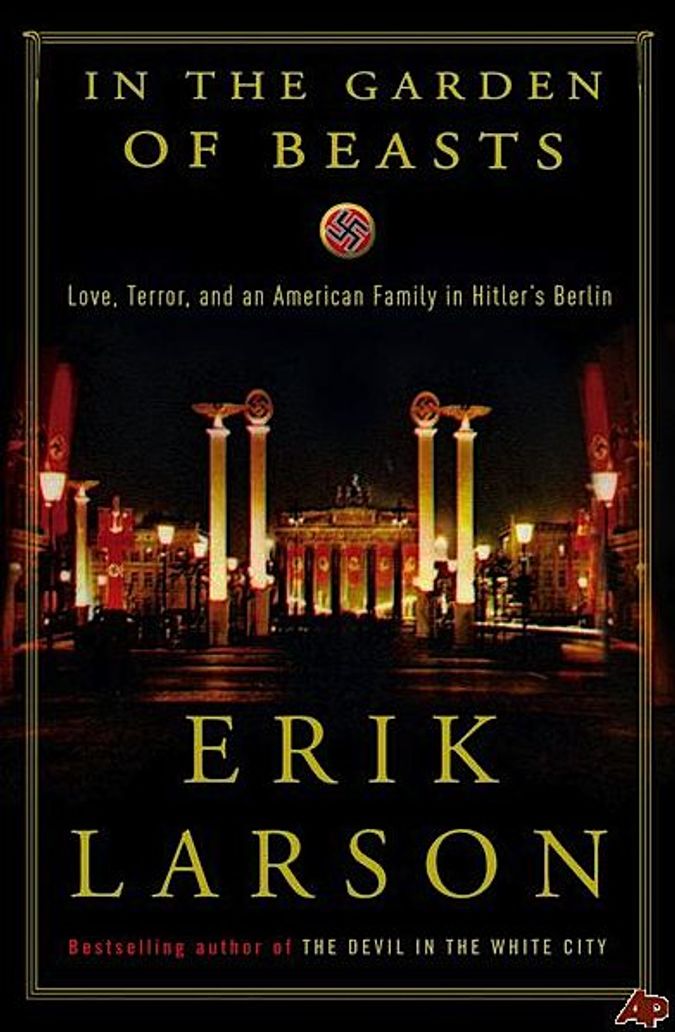 It is just about impossible to find a negative review of Erik Larson’s latest bestselling book, “In the Garden of Beasts,” about American ambassador William Dodd and his family in 1930s Berlin. The worst I could find was by Matt Nesvisky in The Jerusalem Report. He called it “history lite” and “nonfiction beach reading.” He also wrote that “’In the Garden of Beasts’ is hardly an indispensable text on the Nazi era,” but he gives Larson credit for doing extensive archival research and putting out a real page-turner.

Now the film rights to “In the Garden of Beasts” have been optioned by Universal for Academy Award winner Tom Hanks and Gary Goetzman to produce though their Playtone production company. Hanks is considering starring in the film.

“In the Garden of Beasts” (a literal reference to Berlin’s Central Park-like Tiergarten, but a metaphorical reference as well) may be “history lite“ in terms of its gripping style and fast paced narrative, but also it provides a unique perspective on the first year of Nazi rule in Germany.

The New York Times would agree. Janet Maslin wrote in one review: “There are hindsight-laden books that see the rise of Hitler as a parade of telltale signs. There are individual accounts that personalize the atmosphere of mounting oppression and terror. But there has been nothing quite like Mr. Larson’s story of the four Dodds, characters straight out of a 1930s family drama, transporting their shortcomings to a new world full of nasty surprises.” And according to Dorothy Gallagher, “the story of prewar Germany, of the Jews, of book burnings, of the Reichstag trial, of the Night of the Long Knives, of the Nuremberg rally, of the unfolding disaster is old news. But Larson has connected the dots to make a fresh picture of these terrible events.”

As a Jewish educator well versed in the rise of Nazism from the Jewish point of view, I was fascinated to see 1933-34 Germany through privileged American eyes. Those eyes belonged primarily to Ambassador Dodd, a stodgy University of Chicago history professor in his mid-60s who agreed to a less-than-desirable diplomatic posting to get away from university politics and find time to finish his multi-volume work on the history of the American South. The book’s perspective also incorporates Dodd’s sexually adventurous journalist daughter, Martha.

The story of the humble and thrifty Dodd, a square peg in the round hole of a moneyed, Ivy League U.S. Foreign Service, would be enough to keep the attention of most history buffs. The Ambassador started out by writing to Roosevelt, “I believe a people has a right to govern itself and that other peoples must exercise patience even when cruelties and injustices are done. Give men a chance to try their schemes.” Dodd’s gradual realization that the Nazis were actually as evil as they seemed and that American isolationism was a dangerous policy is riveting. But it is Martha’s story that makes “In the Garden of Beasts” read like fiction. Her story is so unbelievable that no author could have made it up.

While her father was at home winding down the evening with stewed peaches, a glass of milk and a good book, Martha was out practicing creative sexual techniques on a host of male acquaintances. If it had not been for Martha’s non-stop socializing with everyone from the head of the Gestapo to Hitler’s PR man to an NKVD agent, Larson would not have the bestseller that he does.

There’s no question that the story would not have been as vivid without Martha’s contribution, but I couldn’t but keep from wondering why Dodd did not seem concerned that the daughter of the American ambassador was in such close contact with agents of foreign governments. Nesvisky noted that the blond, vivacious, party-loving Martha seemed “as thick as yesterday’s kasha — not the most promising combination of attributes.”

Indeed, it was Martha’s lack of discernment that led to her unhappy exile behind the Iron Curtain. After returning to the U.S. in the late 1930s and being recruited as a low level spy by the Soviets, she married a man who shared her interest in leftist causes and the two of them fled to Mexico and then Prague during the Red Scare. She died in Prague in 1990 at the age of 82.

Dodd, despite ill health, travelled the U.S. speaking out against the dangers posed by Nazi Germany, but to little avail. He died in 1940, not long after his wife passed away, and before the U.S. finally entered World War II.

Sex and Scandal in Nazi Berlin