What’s Up With Waterstone’s? 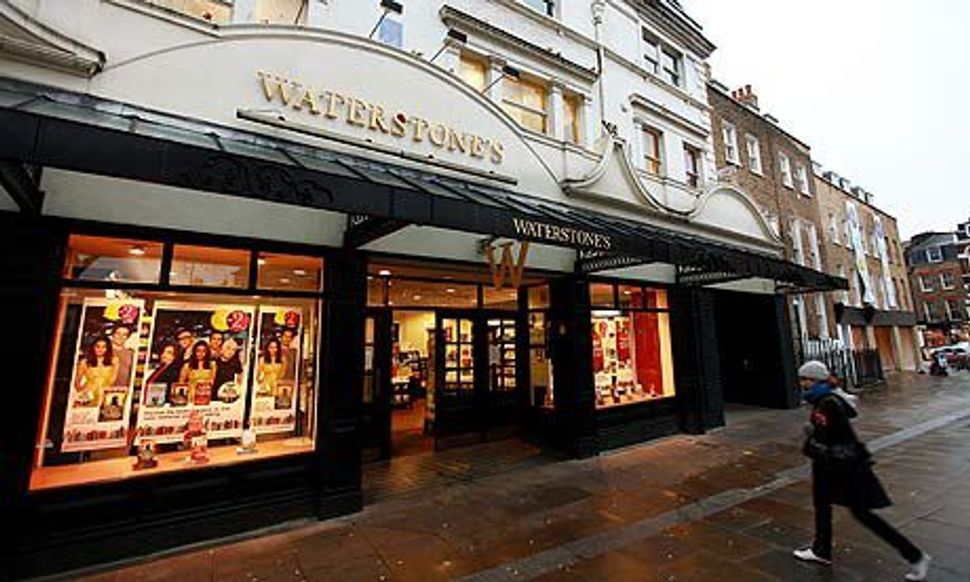 Jews in the U.K. have been wondering what’s up with Waterstone’s, the country’s largest bookstore chain. While some of the company’s actions have aroused suspicions of anti-Zionism and anti-Semitism, other Jewish customers are simply questioning Waterstone’s business sense. 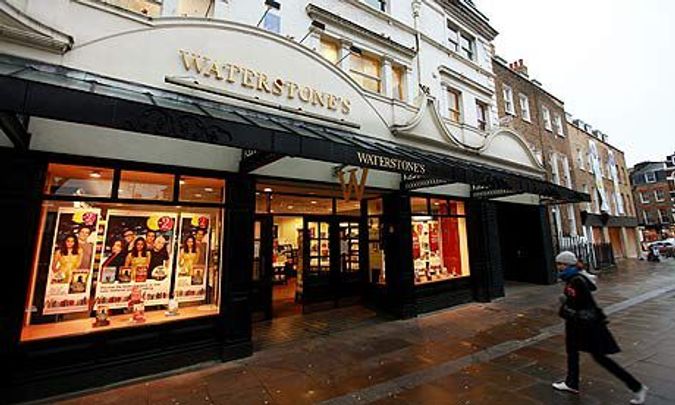 In May 2011, Russian billionaire Alexander Mamut acquired Waterstone’s from HMV for £53 million.

Last month, the Jewish community was shocked to see Hitler’s “Mein Kampf” promoted by Waterstone’s as a “perfect” Christmas present. In a statement Waterstone’s Head of Communications Fiona Allen made to The Arty Semite, she admitted that this was a mistake. She emphasized that it was limited to one branch only, that the company had issued an apology, and that “the bookseller [was] given words of advice on his error of judgment.”

However, according to The Jewish Chronicle, the promotion of “Mein Kampf” was not limited to the Huddersfield branch in the north of England. “Town-centre stores in Manchester, Liverpool and Cheshire have been displaying front covers of multiple copies of the book, a sales technique designed to attract the attention of shoppers,” the paper reported.

Other titles have also raised the ire of Jewish book shoppers. John D. Norman, a member of the Finchley Progressive Synagogue, told The Arty Semite that he found the presence of Gilad Atzmon’s “The Wondering Who?” on the Judaica shelves in London’s North Finchley branch “deeply upsetting.” Even prominent British anti-Zionists condemned the book’s publisher, Zero Books, for publishing it. “The thrust of Atzmon’s work is to normalise and legitimise anti-Semitism,” a group of them wrote in an open letter.

When Norman expressed his concern to Waterstone’s, “their response was that Waterstone’s was not in the business of censoring books,” he said. “I told them that I did not wish them to censor books but that it seemed un-commercial, to put it mildly, to sell a book by a man deemed anti-Semitic by the Jewish Chronicle in an area which is heavily Jewish.” Norman had also complained about other books, including Shlomo Sand’s “The Invention of the Jewish People,” which was attacked as “a scandal, a fashionably phrased political screed against Zionism that cherry-picks its data while pretending to be history” by Hillel Halkin in an opinion piece in the Forward.

“Regarding Gilad Atzmon’s book, ‘The Wandering Who,’ only five of our 295 shops have any stock of this title, most holding only one copy. It has never been widely stocked in our shops, and has sold very few copies,” stated Waterstone’s Allen. “We do not have a policy on stocking books on Israel or Palestine, either pro- or anti- on either side. We have a policy on non-censorship and rely on our shops to use common sense and discretion in meeting the demands of their local market. We do not believe this has led to shops stocking numerous works that ‘delegitimize Israel.’”

And as to the question as to whether the change in the Waterstone’s ownership might have influenced company policy as of late, Allen responded that “there has been no policy change since the company was sold last year, nor will there be any.”

What’s Up With Waterstone’s?