Kafka: A Man as Puzzling as His Stories 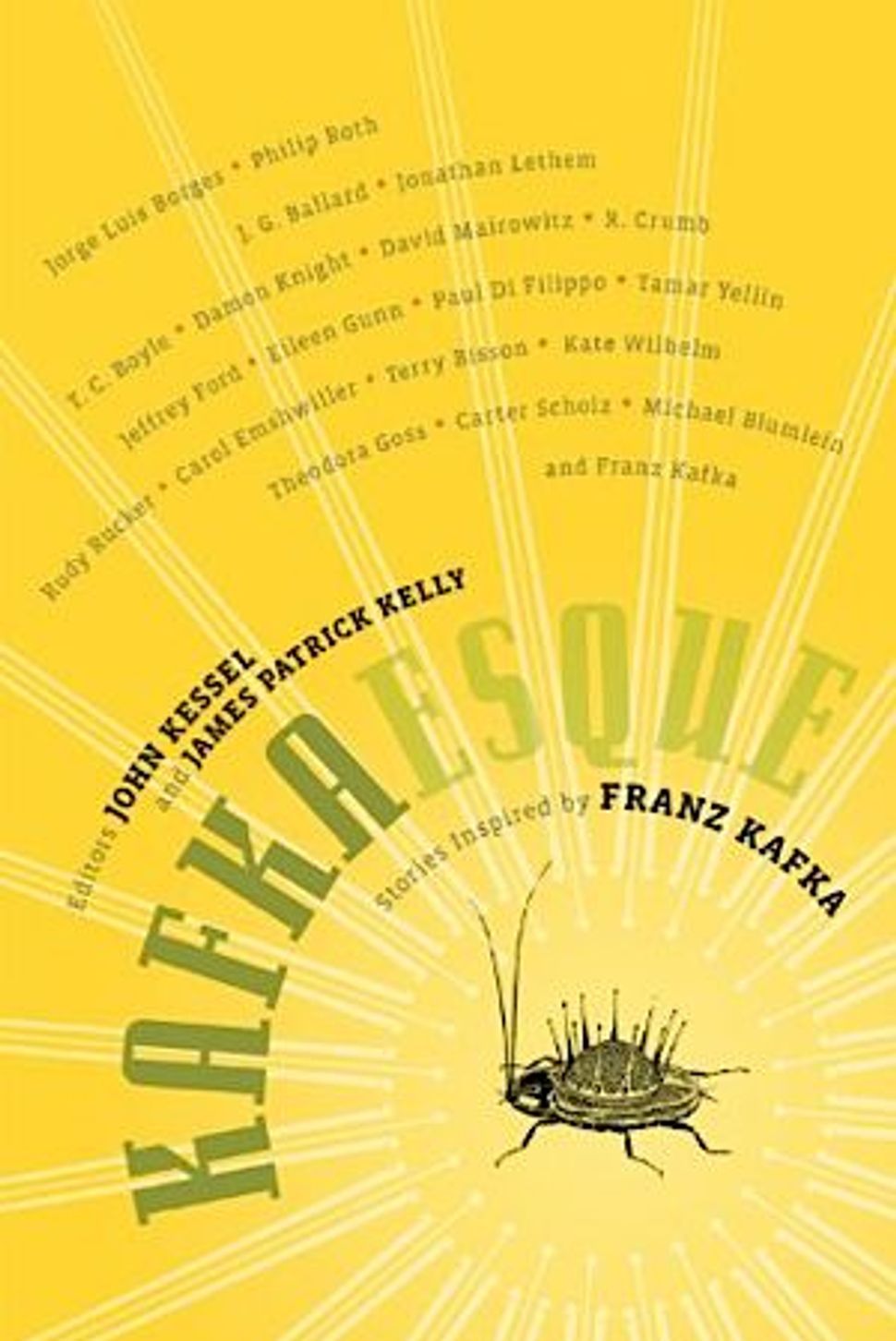 John Kessel and James Patrick Kelly are the editors of “Kafkaesque: Stories Inspired by Franz Kafka.” Today, James Patrick Kelly writes about a man as puzzling as his stories. Their blog posts are being featured this week on The Arty Semite courtesy of the Jewish Book Council and My Jewish Learning’s Author Blog Series. For more information on the series, please visit: 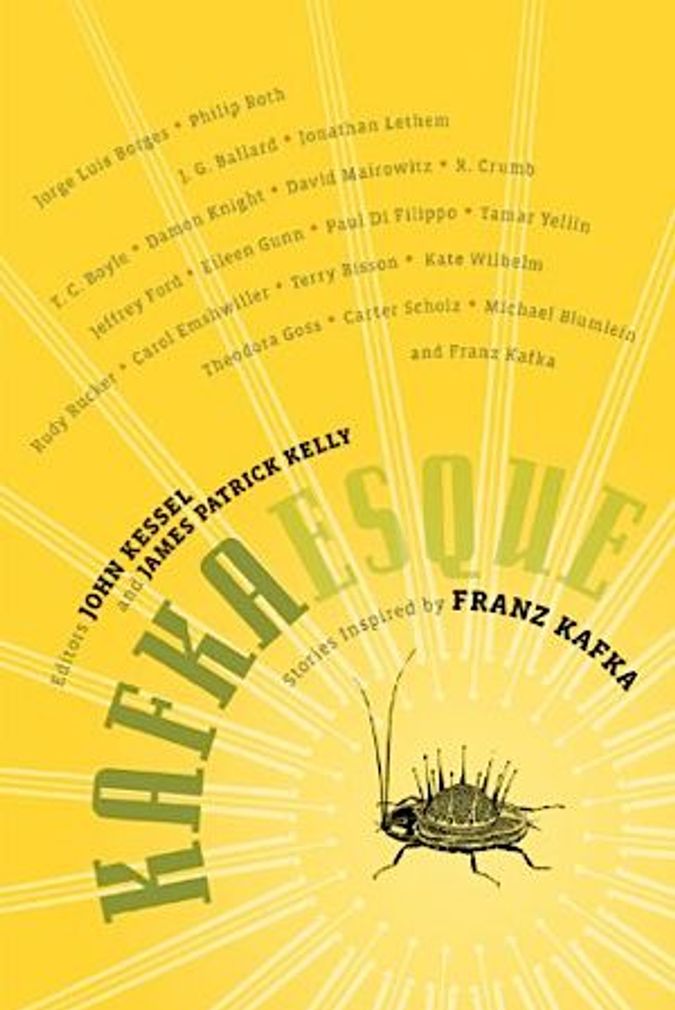 Franz Kafka was a man who struggled with his many contradictions. Although his writing has come to be intensively studied, as a man he is hard to know, even given all the scrutiny of recent years. He was born in 1883 into an assimilated middle-class Jewish family in Prague, the third largest city of the Austro-Hungarian Empire. He had five siblings, two younger brothers who died in infancy and three sisters who survived him, only to perish in Hitler’s camps during the Second World War. He was a member of the dominant German-speaking minority, just three percent of the population of Prague at the time, but he was also fluent in Czech. As a young man, he was athletic, taller than average, fond of swimming, rowing, and bicycling. Yet for much of his life he was also a hypochondriac: It was not until 1917 that he was diagnosed with the tuberculosis that would kill him seven years later at the age of 40.

Of all the contradictions in Kafka’s life, two stand out for the modern readers. Kafka was a student of Yiddish literature, and in his youth championed Yiddish theater, much to the puzzlement of some of his literary friends. He was sympathetic to Zionism and yet there are no overt allusions to Jews or Jewishness in his fiction. “What have I in common with the Jews?” he wrote. “I have hardly anything in common with myself, and should stand very quietly in a corner, content that I can breathe.”

But there are many things “missing” in Kafka’s fiction — often a sense of place, or of time or of historicity — because these did nothing to advance his artistic goals. Kafka was not a realist and we ought not look to the work to understand his problematic relationship to Judaism. Of course, contemporary questions about Kafka’s Jewishness are informed by tragedies that occurred after his death. Not only did his sisters perish in concentration camps, but his translator and mistress Milena Jesenská did as well. The approach of the Nazis forced his friend and literary executor Max Brod to flee Prague for Jerusalem with a huge collection of Kafka’s papers. Do the terrible realities of the Holocaust affect how we read the work?

Undoubtedly, but this is a problem for us, and not for Kafka. Similarly, there are those who interpret “The Trial” and “The Castle” as predictions of the rise of totalitarian states like Hitler’s Germany, Mussolini’s Italy, and Stalin’s Russia. Kafka, however, was not trying to prophesy some future world order but rather was attempting to engage imaginatively with a society he knew all too well.

Then there is the puzzle of Kafka’s instructions to Max Brod, which was to destroy his unpublished work. Brod claims that he told his friend plainly that he would do no such thing. After Kafka’s death, Brod found two notes which explicitly stated that all his papers were to be burned unread. How was Brod then to have executed these requests if he was to burn them unread? And why didn’t Kafka burn the papers himself, especially since he knew Brod was unlikely to do the deed? While we have no way to know his thinking in this matter, we do know that this was the request of a sick man whose financial fortunes had taken a radical turn for the worse.

His modest pension, taken when he retired after he was diagnosed with tuberculosis, was nearly worthless in the hyperinflation that plagued the defeated and disintegrating Austro-Hungarian Empire in the wake of World War I. It is clear that Kafka was a depressed and often anxious man. Never a risk taker, he suffered from feelings of inferiority that arose from the high standards to which he held himself as a writer. Frustrated that his reach continued to exceed his grasp, at the end of his life he struggled with despair.

There is an odd and, yes, Kafkaesque postscript to Brod’s denial of Kafka’s request. Brod brought many of Kafka’s papers with him to Jerusalem in 1939. No one knows exactly what this cache contained, although reputedly there were letters, diaries, and manuscripts. On his death in 1968, Brod left these papers to his secretary and presumed mistress, Esther Hoffe.

But was she intended to be the executor or the beneficiary? Brod’s will is ambiguous, since it also provides that his literary estate be given to a “public archive in Israel or abroad.” In any event, Hoffe retained possession of the Kafka papers until her death in 2007, at which time they passed to her daughters in accordance with her will. Possession of these papers is the subject of a lawsuit in Israel, unresolved as we write this. It is likely, however, that in the near future, Kafka readers and scholars will have access to a trove of Kafka’s previously unseen writing.

Perhaps they will help us unravel some of the contradictions that still puzzle readers of this literary genius.

John Kessel and James Patrick Kelly will be blogging here all week.

Kafka: A Man as Puzzling as His Stories