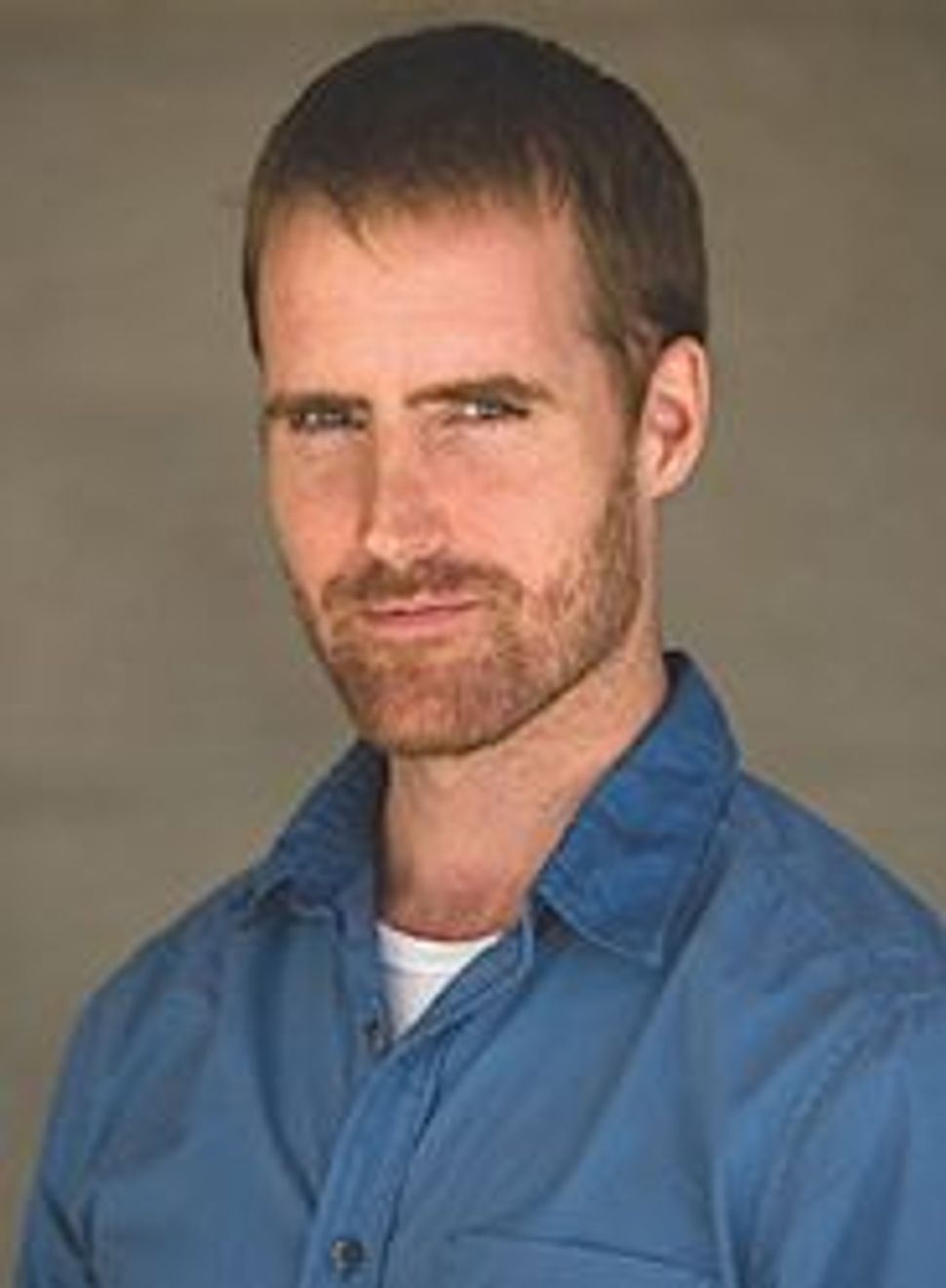 Matti Friedman is a reporter in Jerusalem for The Times of Israel, and author of “The Aleppo Codex.” His blog posts are featured on The Arty Semite courtesy of the Jewish Book Council and My Jewish Learning’s Author Blog Series. For more information on the series, please visit: 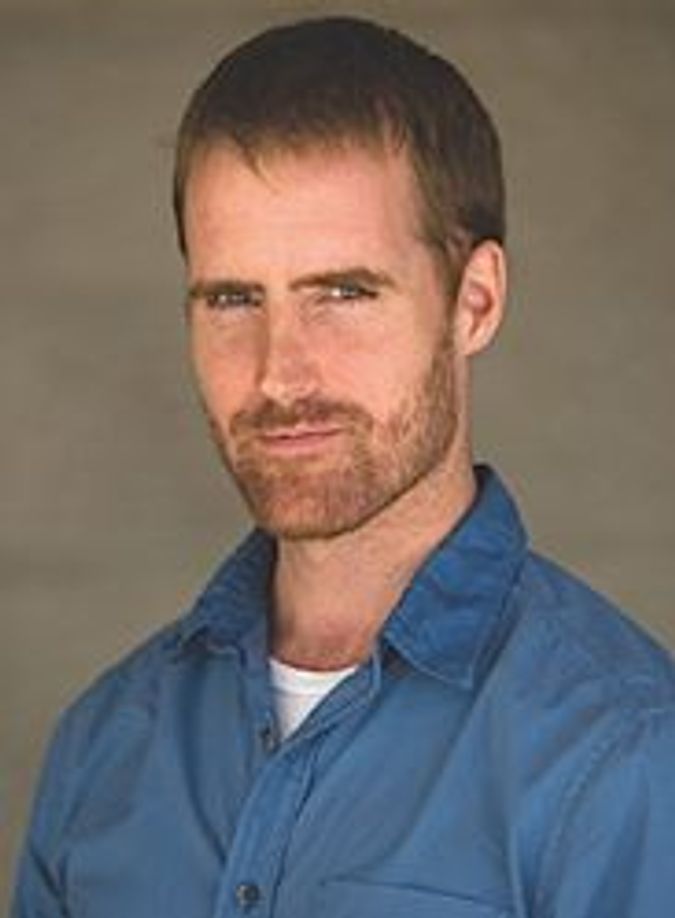 Although it fell, in retrospect, at the mid-point between the launch of the Kindle and the Kindle 2, I don’t think I had more than a vague notion of what a Kindle was on the day in the summer of 2008 when I first descended into a dark room at Israel’s national museum in Jerusalem and, standing in front of a dimly lit display case, encountered its exact opposite.

I spent much of the next four years writing the story of the object I found in the museum, a manuscript known as the Aleppo Codex — a millennium-old bundle of animal skins that is the oldest and most accurate copy of the entire Hebrew Bible. In these years I was not cut off entirely from the march of technology. I acquired an iPod, and learned to send email from my cellphone. But I never purchased a Kindle or any of its cousins, nor did I fully understand what they augured.

The Aleppo Codex is a book, one of the most important on earth. I wrote a book about this book. These things seemed clear to me, but when my deadline passed and I finally looked up to find myself staring into the dead electronic eye of the Kindle Fire, I saw that the meaning of “book” had been altered and that I had just spent these years of revolution engrossed in a mirror image of the present.

To prepare the Aleppo Codex, tanners scrubbed, stretched and cut animal hides into folios that were stitched together by craftsmen. Someone scored a grid of lines onto the pages with a sharp instrument, and a scribe, Shlomo Ben-Buya’a, from the town of Tiberias on the Sea of Galilee, used iron gall ink to write the Bible’s more than 300,000 Hebrew words one by one. Its completion around 930 C.E. after years of work represented the final condensation of the Hebrew Bible from an ancient oral tradition to a codified text in black ink on parchment — a book. The codex crowned centuries of scholarship and was meant to be the perfect version of the 24 books that made up the Bible, a kind of physical incarnation of the heavenly text in a single manuscript. For Jews, every letter and vowel sound in the Hebrew text is crucial — according to one tradition, the entire Torah is one long version of God’s name, which is another way of saying you do not want to get anything wrong. The codex sanctified, even fetishized, the act of reading: above and below the letters were tiny hooks, lines and circles denoting vowels, punctuation and the precise notes to which the words were to be chanted in synagogue. It was an object of nearly unimaginable value to the people who revered it.

An electronic book exists in an infinite number of copies; there is no original. The Aleppo Codex, on the other hand, existed only in its original 500-page manuscript. There were no copies at all, and for this reason its physical safety was always paramount. In 1099, it was held in a Jerusalem synagogue when the First Crusade arrived under Duke Godfrey of Bouillon and Raymond, Count of Toulouse. The crusaders sacked the city, massacred its inhabitants, and seized property. According to a Muslim historian, they burned a synagogue with Jews inside, but historical records also inform us that the Christians saved hundreds of Jewish books to hold for ransom. The Jews’ weakness in this regard was well known, and in some of the correspondences of the time it seems their concern for the stolen books was so great that it rivaled their concern for human captives. The books, each one painstakingly copied, like the codex, by hand, contained priceless and sometimes irreplaceable information. After Jerusalem fell, the Jewish community in Fustat, next to Cairo, raised money and sent 123 dinars with an emissary and instructions to “redeem the Scrolls of the Torah and to [attend to] the ransoming of the people of God, who are in the captivity of the Kingdom of Evil, may God destroy it.” The books, in that sentence, came first.

By 1947, the codex had been in a grotto in the Great Synagogue of Aleppo, Syria, for 600 years. For the Jews of Aleppo, it had become over time less a scholarly resource than a talisman, the community’s mystic power source and a guarantor of its survival: Traditions of great age and import made clear that if the book were ever moved the community would be destroyed. (This, old exiles from that vanished community never tired of telling me, might have sounded fanciful but it did come to pass.) It became as revered as a cathedral’s fragment of saintly hair or bone; even its individual pages, or pieces of pages, came to be seen as valuable. Few had ever seen it, and there were still no copies — requests from scholars abroad to purchase, borrow, or photograph the codex had been turned down by its keepers, the Aleppo elders, who appeared to believe that allowing copies to be made would dilute the book’s power and their own.

Then came November 29 of that year, when the United Nations voted to partition Palestine into two states, one for Arabs and one for Jews. The next day, a mob rioted in Aleppo. The rioters burned Jewish homes and stores. They burned the synagogue. The codex disappeared.

The Aleppo Codex “was devoured by fire in the riots that erupted against the Jews of Aleppo several weeks ago,” wrote a heartbroken Bible scholar in the Israeli daily Haaretz a few weeks later, in an article best described as an obituary for what he called “this beloved relic of the wisdom of the Middle Ages.” The codex wasn’t lost, it later turned out, but this was the meaning of a single book with no copies: the knowledge inside could be lost forever. Here, then, was a book — a single, physical book — that meant everything.

Early this year, with my own book squared away, I attended a seminar with a wunderkind web designer who, as part of a PowerPoint presentation on the 21st-century media, showed us a picture of a cloud against a clear blue sky. “The book does not exist,” he declared. People nodded. The book, he said, was in a theoretical cloud somewhere, and all that existed now were the Kindles and iPads and Nooks and the other “gateways to the cloud.” The book had been a step on the evolutionary ladder from those ancient stories told aloud to information beamed invisibly around the world in an instant, available anywhere and present nowhere at all.

My own book, thankfully, would still be a physical object printed, bound and placed on shelves. I suppose I’m too old — 34 — not to care about that. But it was no longer inconceivable that this would not be the case, that a book would have no pages of its own, no cover, that it would be nothing that could ever be kept in a safe, dismembered, kept as a lucky charm, coveted, pursued or stolen as the Aleppo Codex was.

If this great Brontosaurus of a manuscript, in its glorious, inconvenient physicality, in the extreme and occasionally dark impulses it has elicited from men, has a role in this new world of clouds, perhaps it is to remind us, distracted as we are by the metallic gleam of gadgets, that the information inside a book can be the most important thing we possess: our power source, the guarantor of the survival of our human community. The library is, as Umberto Eco wrote in “The Name of the Rose,” the scene of a “centuries-old murmuring” among pages: “a treasure of secrets emanated by many minds, surviving the death of those who had produced them or been their conveyors.” Whether knowledge is encapsulated somehow in disembodied electrons or written on the skins of 10th-century Galilean livestock, the codex remains in its dark room in Jerusalem to remind us that this has not changed.