Author Blog: The Book of Jonah 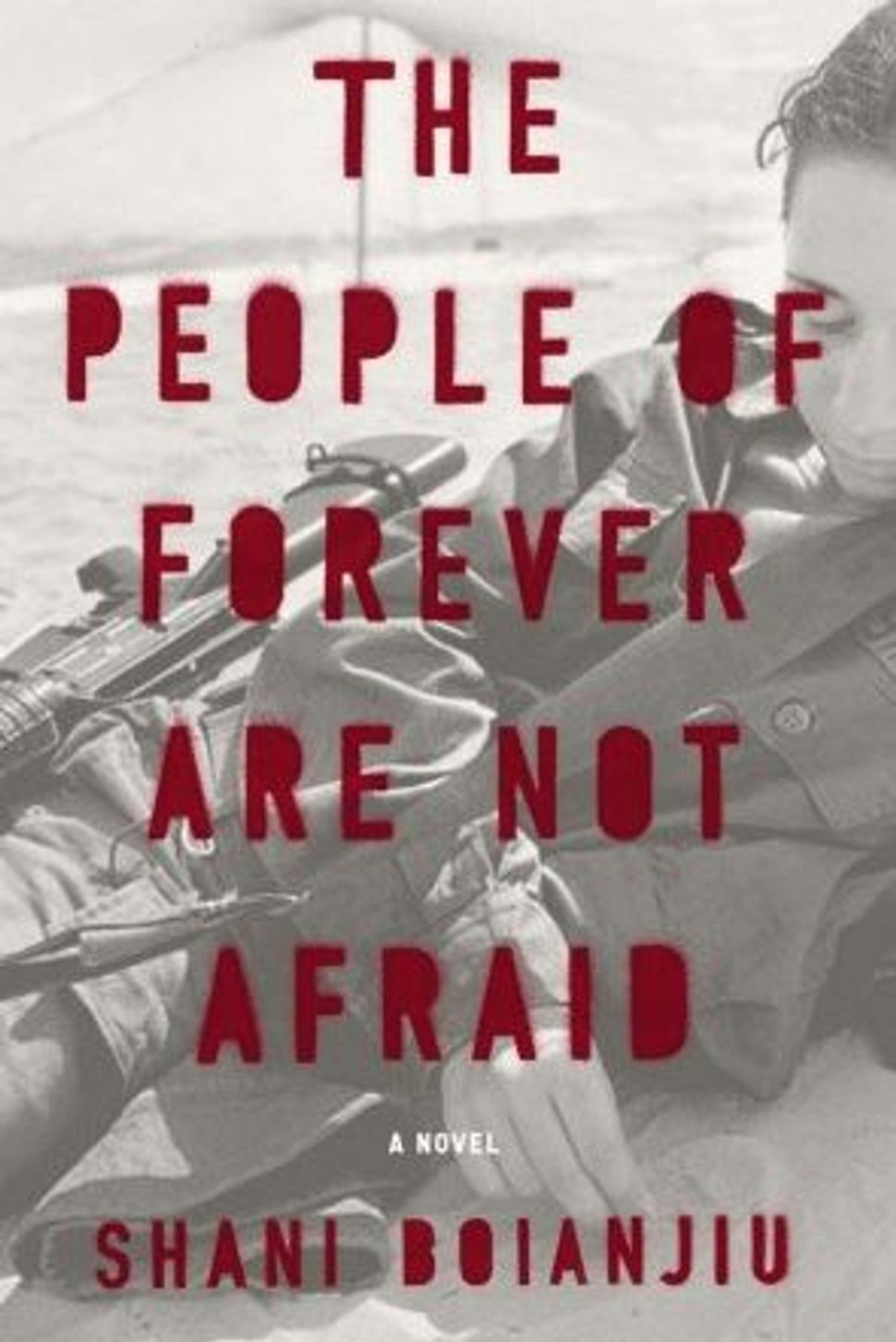 Shani Boianjiu’s debut novel, “The People of Forever Are Not Afraid,” is now available. Her blog posts are featured on The Arty Semite courtesy of the Jewish Book Council and My Jewish Learning’s Author Blog Series. For more information on the series, please visit: 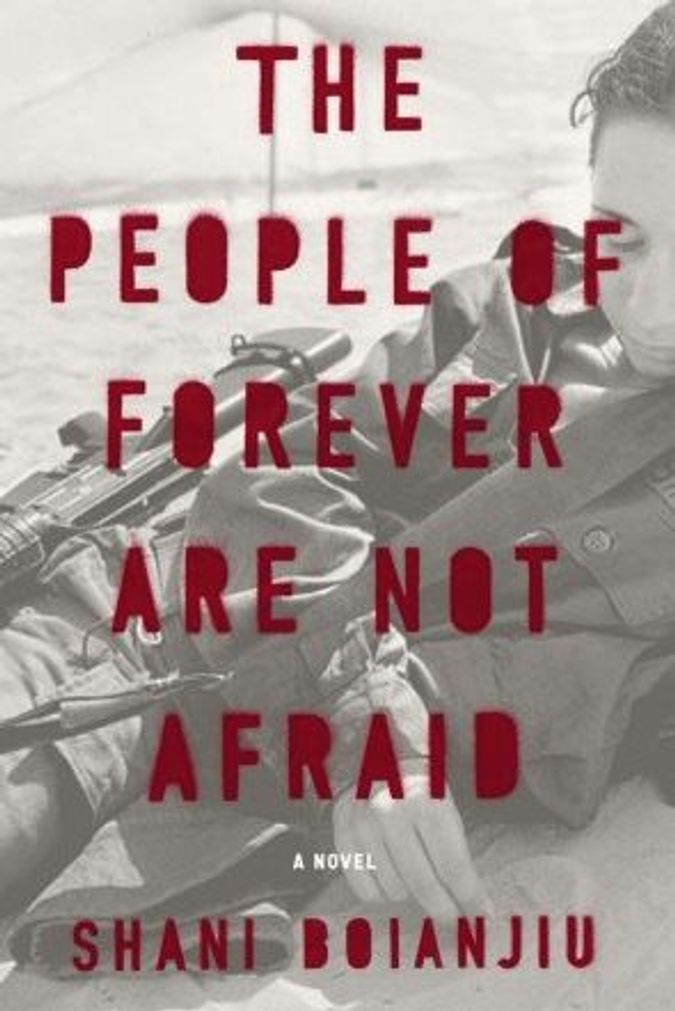 The characters in my novel, “The People of Forever Are Not Afraid,” are Israeli. Because of that, my writing will undoubtedly be considered to be Jewish fiction. Yet the truth is there are only a few instances in which Judaism as a religion is a topic in the novel. The most significant instance involves the book of Jonah.

Religious feelings, if we narrow religion to mean having something to do with God, are perhaps not a large part of my novel because they haven’t been a big part of my life. For me, being Jewish had nothing to do with God or even the Bible. All of my friends at school were Jewish. Nearly all the people in my town were Jewish. I have fasted on Yom Kippur since I was in second grade and observed Passover, but never once went to temple while I was growing up. In my house, we never once discussed the existence of God, or the meaning of the Bible.

At my secular school, as in all Israeli schools, Bible was a required subject. Yet our teachers never stressed theological issues, and the Bible was taught just as literature was taught — the focus was on the bible as stories. The emphasis was placed on understanding what a parable meant, or on learning to understand biblical grammar and vocabulary.

Although my first book is just being published, I’ve learned from the few interviews I have already had that people love asking writers whether or not their fictional stories are based on real life experiences. I don’t know why that is. Almost none of my book is based on my own experiences. The few details that I did draw from my own life are small moments that are in service of a larger narrative that comes directly from my imagination.

The part in the book that most closely resembles a personal experience is the section in which one of my characters describes studying the book of Jonah when she was in middle school. My character, Yael, is frustrated by having to learn about the book of Jonah three times in the same year. She finds that even though she is lectured about the book repeatedly, it still doesn’t quite make sense to her.

When I was in seventh grade, I was forced to study the book of Jonah three times — the second time because of the change of a teacher, the third time because I think that new teacher had forgotten that we already spent months on the book of Jonah. One of the odd products of a secular education in Israel is that the student is made to become an expert on certain parts of the Bible deemed test worthy by the minister of education, while knowing absolutely nothing about the other parts of the Bible.

Like my character, I was confused by the book of Jonah, no matter how many times I had to study it. It is a strange tale, which many have found to be completely different from the stories of other prophets.

Here’s what I think happens: As far as I can understand, God tries to force Jonah into being a prophet and orders him to tell a city full of really bad people that God is going to kill them all. Jonah is scared and doesn’t want to, because he doesn’t want the whole city to get pissed off at him. So he runs away from God, gets eaten by a whale that later vomits him up (the best part!), and in the end he realizes that running away from God was just about the world’s a dumbest idea (duh), so he becomes a prophet and tells all these bad people they are super bad and God is going to kill them all. The bad people turn out to be surprisingly receptive to criticism, so they repent and become good. God spares them all, and then Jonah gets really pissed, because it is like so awkward — he already told all these people God is going to kill them. To top off the peachy month Jonah is having, he ends up in the desert and the heat almost kills him. The whole getting lost in the desert thing is actually a part of God’s educational mission, so he creates a tree that saves Jonah from dying. Jonah is happy to be saved, but then God kills the tree and Jonah is so pissed he is suicidal. Then God says something to the effect of: “Ha! I got you Jonah! You see? You were so sad about the death of this tree, even though you did nothing to help it grow, and I am supposed to just kill all those people I worked so hard to create?”

This is where the story ends, and that’s also the part that makes no sense to me. Jonah was sad about the death of the tree because it was giving him shade. He didn’t love the tree, he needed it. But assuming there is a God, what does God need people for? I mean, the claim is he is almighty and all that. This metaphor makes zero sense to me. It didn’t make sense to me in eighth grade, and it makes no sense still. In middle school it was not cool to ask the kind of questions that were not going to show up on a test. But I still wonder about it, which is maybe why I chose to include the book of Jonah in my novel, although I usually never write about real experiences. What does the ending of Jonah’s story mean? And what does God need people for? I actually want to know. If anyone can get back to me on that, do let me know!

Shani Boianjiu was born in Jersualem in 1987. She served in the Israeli Defense Forces for two years. Her fiction has appeared in The New Yorker, Vice magazine and Zoetrope: All Story. Shani is the youngest recipient ever of the National Book Foundation’s 5 under 35, and The People of Forever are Not Afraid is her first novel. She lives in Israel.

Author Blog: The Book of Jonah