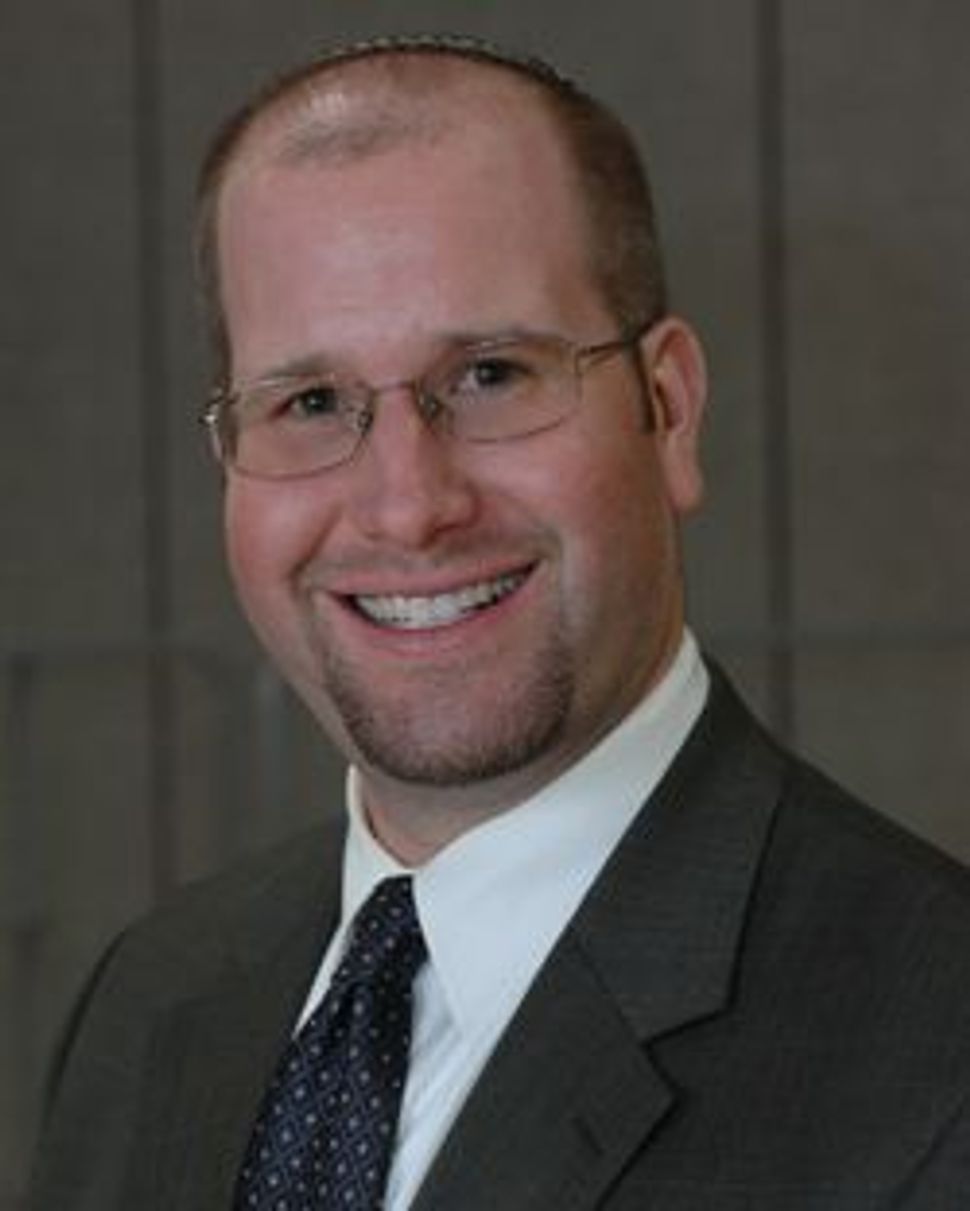 Earlier this week, Stefanie Pervos Bregman, the editor of “Living Jewishly,” wrote about engaging 20- and 30-somethings in the Jewish world. Today, we hear from one of Living Jewishly’s contributors, Rabbi Jason Miller. Their blog posts are featured on The Arty Semite courtesy of the Jewish Book Council and My Jewish Learning’s Author Blog Series. For more information on the series, please visit: 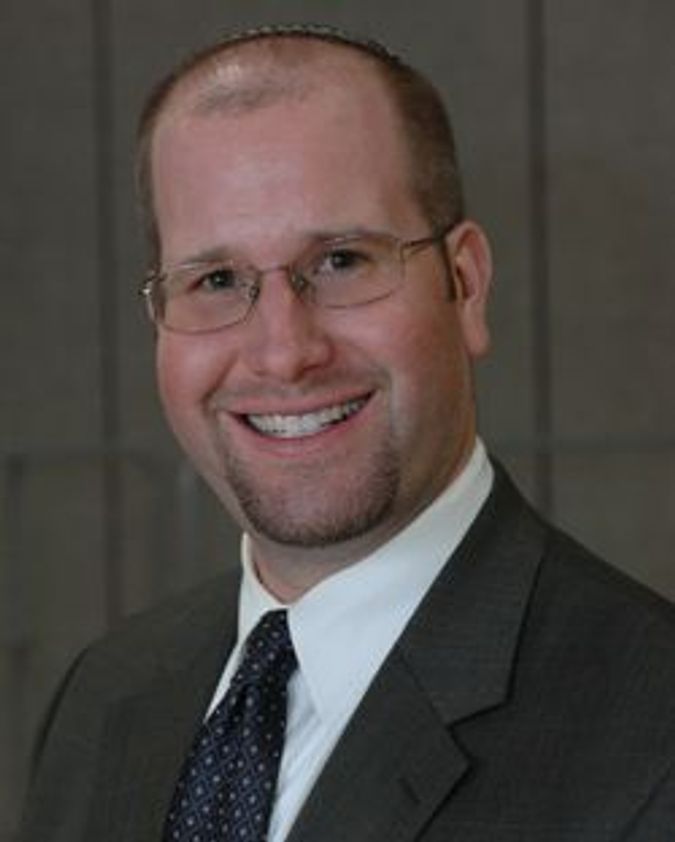 We tend to see the differences that separate us from other religious groups rather than the commonalities. That sounds so cliché, but it’s true.

When some Jews hear of an Islamic religious school, called a madrassa, they make assumptions about what might be taught there. They don’t take the time to even consider that the Arabic word madrassa is very closely related to the Hebrew word midrasha, a Jewish religious school.

And when some Jews see a Muslim man wearing a skullcap called a kufi, they make assumptions about his religious views, political sentiments, and opinions on a range of social issues. They tend to forget how similar the kufi is to our kippah, or yarmulke.

One day recently both of these similarities struck me. My plane landed at Chicago’s Midway Airport. It was an early morning flight and I felt like I had traveled back in time since I actually arrived at an earlier time in Chicago than when I had taken off in Detroit thanks to the one-hour time zone difference. During the flight, I fell into a deep sleep.

It wasn’t until I got into my rental car that I realized I wasn’t wearing my yarmulke, as I normally do. At some point during my “nap,” my yarmulke must have fallen off and was lost on the plane. I pulled over to the side of the rode and checked everywhere — pockets, carry-on suitcase, and briefcase. My yarmulke was nowhere to be found.

I was on my way to a small Illinois town south of Peoria to check out a large spice factory that was interested in kosher certification from my agency. I knew I couldn’t walk in there without a yarmulke on my head. I was on a tight schedule though and at a loss for what to do.

I called my wife back in Michigan who began researching if there were any synagogues between my current location and my destination in Pekin, Illinois. While she did that, I continued to drive and search the sides of the highway for any random Judaica store where I could purchase a replacement yarmulke. And that’s when it caught my eye.

Off the highway on what seemed to be a service road was a small mosque. Would that work, I wondered. After all, there’s really not much of a difference between the Muslim kufi and some of the larger yarmulkes that my sons wear to their Jewish school every day. Would a kufi be a better option for me than stopping at a gas station and buying a baseball cap? It was worth a shot.

I exited the highway and did a quick turnaround to try and find the mosque I had passed a few miles earlier. It would be my first time entering a mosque despite the fact that I live in Metro Detroit with its dense Muslim population and abundance of mosques. Alas, the doors of the mosque were locked and it was dark inside. I quickly Googled the address and called the phone number that was listed, but it just rang and rang. For no good reason, I knocked on the doors again and then left.

As I drove away from the mosque I spotted what looked like another mosque in the distance. Perhaps that was the administrative office I thought. Maybe they could sell me one of those Muslim skullcaps (I hadn’t yet learned the word kufi). It was worth a try. I turned down the next street and headed for the building with the star and crescent on the roof. I couldn’t find the street that led to a parking lot so I parked at an auto repair shop and walked across a field to the building.

The doors were locked but I could tell there were people inside. I rang a door bell and a very nice woman opened the door. I saw classrooms up and down the hallways and immediately determined that I had just entered a madrassa. Cute little children were in a large room singing songs and playing games. That was obviously the pre-school. Older children ran up the stairs to a second level of classrooms. I went up to the reception desk and explained my situation. Rather than giving some story about being curious about Islam and wanting a kufi, I explained that I was a rabbi who customarily wears a Jewish head covering and somehow lost it on my flight into Chicago. I asked if they could sell me a Muslim head covering.

She seemed confused by my request, but explained they had no store in the building and didn’t sell kufis. But just as I was about to head back to my rental car, the woman found another woman and shared my story. She told me to wait a moment and about five minutes later she returned with a large, black knitted kufi for me. I asked her how much it would cost and she insisted that it was free. I took out a ten-dollar bill and handed it to her as a donation. The idea that I had just made my first charitable gift to an Islamic school was not lost on me. With some trepidation I placed the kufi on my head and thanked the kind women as I left.

Just as I got back in the car and took a look at myself in the rear-view mirror my phone rang. It was my wife telling me that there was an Orthodox synagogue in Peoria. I told her I was wearing a Muslim kufi on my head and shared my story of the welcoming women at the madrassa.

I called the Orthodox synagogue which didn’t have a gift shop or any complimentary yarmulkes,but the woman on the phone referred me to the Reform congregation that shared a building and had a gift shop. When I called that number I got the recording telling me to call the husband-wife rabbis on their cell phone. I called and found myself talking with Rabbi Karen Bogard who told me that her husband Rabbi Daniel Bogard had dozens of yarmulkes and I could drive to their home to pick one out.

Rabbi Karen told me that she and her husband had just graduated from rabbinical school and begun to serve this small congregation in Peoria. We played the game of Jewish geography and learned we knew many people in common. After driving for another couple hours she called me back and directed me to a park close to their home where she would be with the couple’s newborn baby. I drove to the park, gave Rabbi Karen a hug, picked out a yarmulke and then began telling her the story of my visit to the Islamic school. I proudly showed her my new kufi.

While I wore the borrowed yarmulke to the visit at the spice factory, I still felt appreciative to the generous women at the madrassa who provided me with the kufi. It is a story I will continue to tell with pleasure. Losing a yarmulke led me on an adventure to a mosque, a madrassa and a neighborhood park where I met a new rabbinic colleague.

I keep that black kufi on the desk of my office and every once in a while I smile as I consider the similarities between Jews and Muslims. Perhaps, my kufi will serve as a reminder to others to seek out the connections with members of other religions and to explore what we share in common rather than what divides us.

Rabbi Jason Miller is an educator and entrepreneur. He contributed the opening chapter of Stefanie Pervos Bregman’s “Living Jewishly” and blogs at http://blog.rabbijason.com. He is the founder and director of Kosher Michigan, a kashrut certification agency. Follow him on Twitter at @RabbiJason.