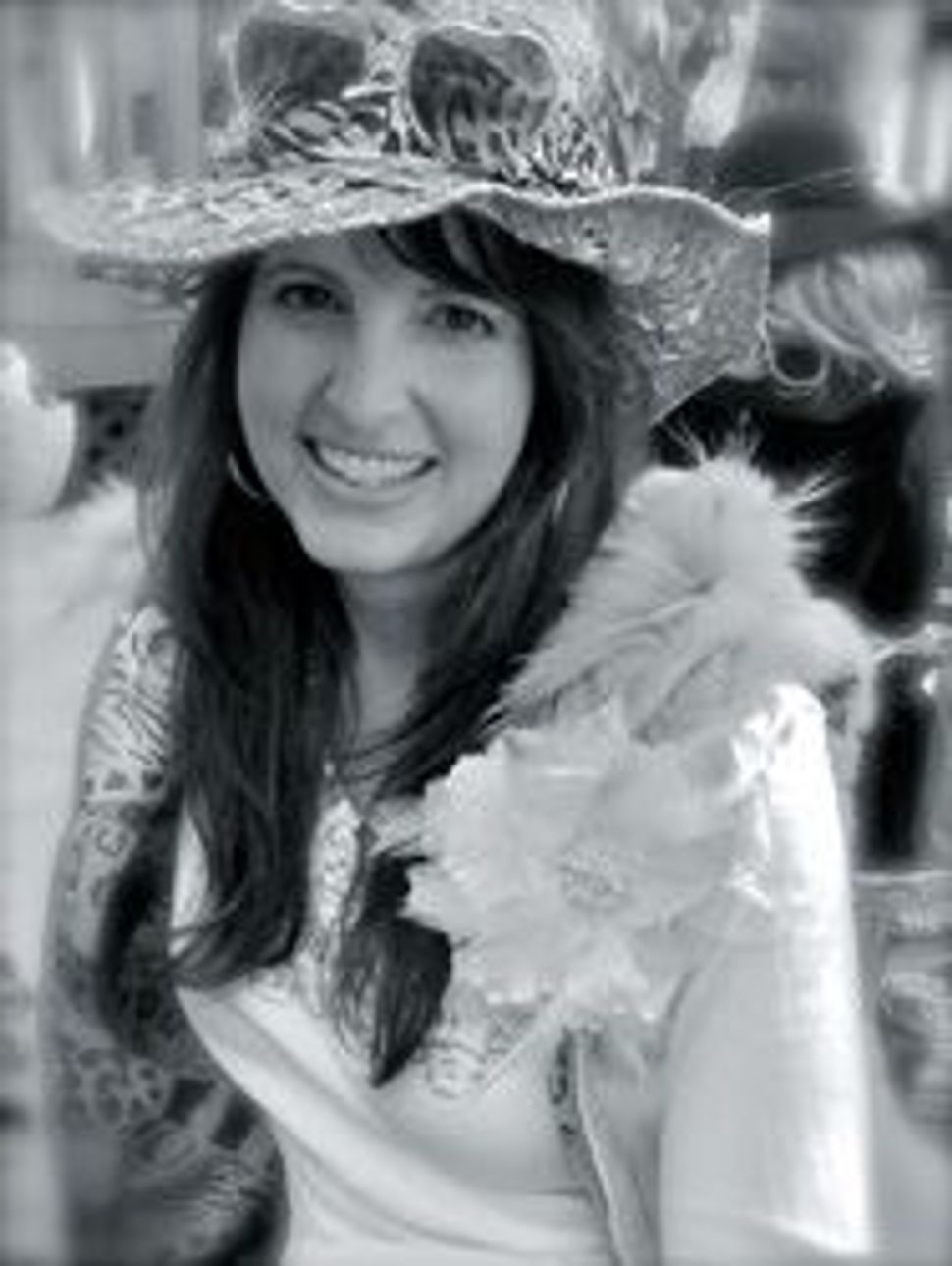 Earlier, Lisa Alcalay Klug wrote about how her work is informed by her father’s experiences during the Holocaust. Her blog posts are featured on The Arty Semite courtesy of the Jewish Book Council and My Jewish Learning’s Author Blog Series. For more information on the series, please visit: 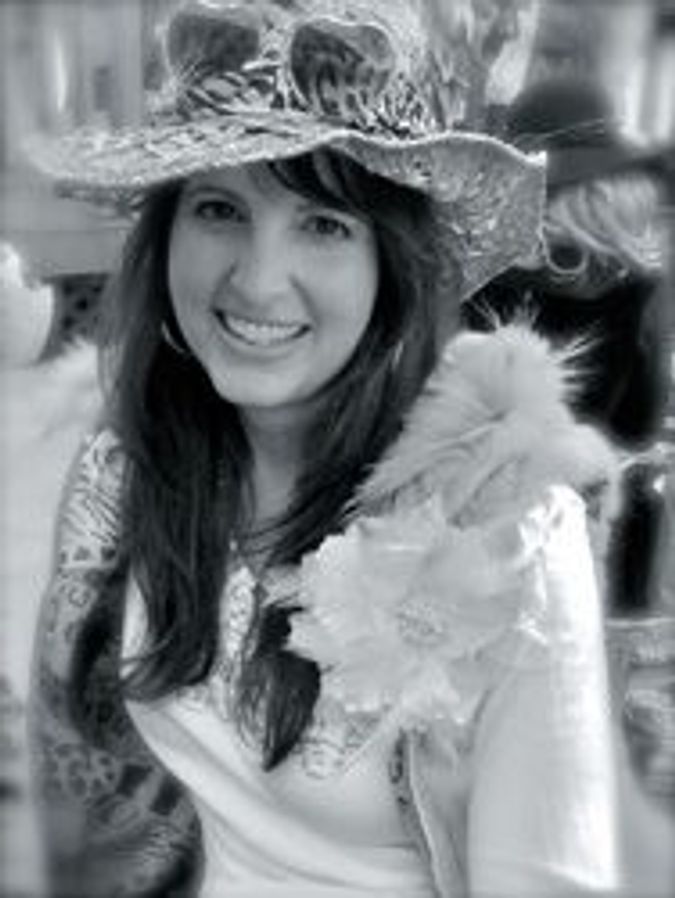 If there is one consistent theme in the ongoing discoveries of my family history it is meaningful coincidence. Some people call this synchronicity. Our sages call it hashgacha pratit, Divine providence.

In 2009, I received an email from David Abitbol, whom I had met the year before when I presented at the Jewlicious Festival he co-founded in Los Angeles. David had made aliyah and spotted a vintage photograph of a Jerusalem couple named Alcalay displayed near his apartment in the Jerusalem neighborhood of Nachlaot. He asked if they were my relatives. I didn’t know. My mother didn’t know. My grandparents were no longer living so I couldn’t ask them. Months passed and the question lingered. If I could find more details about the image, I might discover how we are related.

If hobbies can be Jewish, genealogy certainly is. It’s a way of reclaiming our past despite centuries of persecution and loss. It’s also popular among “Holocaust families” like mine who dream of discovering a lost relative. Before the proliferation of genealogical sites on the Net, I consulted an Israeli professor of Sefardi history, Yom Tov Assis at the Hebrew University in Jerusalem, about my mother’s family. Yom Tov told me all Alcalays are part of a large clan that left Spain at the time of the Inquisition and dispersed across the Mediterranean. While he was still alive, my grandfather, the son of a Jerusalem rabbi, told me we are direct descendants of an early Zionist thinker, Rabbi Yehuda Alcalay, the chief rabbi of Sarajevo. In his writings, Herzl credits Alcalay with many of the ideas for a future Jewish state. To honor that history, I inserted the montage of delegates at the first Zionist Congress held in 1897 in Basel, Switzerland into my first book, “Cool Jew.” Two delegates were both descendants of Rabbi Alcalay, a granddaughter and a great nephew, who were married. Their names are David and Judith Alcalay; she was one of the relatively few women in attendance.

Months after David Abitbol sent me the image of the unknown Alcalays, I was invited to present at Limmud UK. Since I was traveling all the way from California, I added on a visit to Israel and recruited another friend, Rabbi Yitzchak Schwartz, for help unraveling the mystery of the photo. I had met Yitzchak years earlier when we both taught in a Jewish spirituality retreat in Maui. Nachlaot’s labyrinthian streets easily swallow up newcomers but Yitzchak, who studies kabbalah in Nachlaot each night — all night — was happy to help. David had told me the image is one among many historic portraits embedded in Nachlaot’s walls; these displays honor early residents of one of the first neighborhoods outside the Old City with weather-protected photographs that represent a Jewish twist on “Lincoln slept here.” On one wall, there might be the image of Tevyeh the Milkman. On another, Rachel the seamstress.

We wandered the neighborhood in an impromptu tour, carefully reading every caption, enjoying the charming stories, but there was not one Alcalay among them. The sun began to set and soon, Yitzchak had to leave for his evening routine. I asked if we could quickly try just one more street before we gave up. We picked up our pace and turned another corner. There, we discovered a series of about 20 images, the largest yet, but one drew me directly to it and I began to cry. The photo features a family, including one young woman I immediately recognized as my grandmother. She had a stroke early in life and I barely knew her, but I “happened” to have visited her a week before she died and attended her funeral in the same cemetery as the Israelis martyred at the Munich Olympics.

My aunt had given me a copy of her family portrait soon after my grandmother passed away. I love it so much that I keep it on display in my home. By the time I discovered it in Nachlaot, I had already published it in “Cool Jew.” It accompanies a section on Jewish blood ties.

It was only because I was searching that I found what I wasn’t seeking, a bond to Nachlaot I didn’t even know existed. This amazing series of meetings and friendships had led me to an unexpected gift during Hanukkah, when my grandmother was born. Her parents had named her Judith, in honor of one of the heroines of Hanukkah, who slew the enemy ruler, Holofernes.

I was due in England soon but hoped to return to Nachlaot for the next major festival, Passover. I dreamt of commemorating our redemption and walking the streets my grandmother had, and where my great grandparents had before her.

Lisa Alcalay Klug (lisaklug.com) is an award-winning journalist, author, speaker and media coach. She is currently at work on a memoir. This post is one in series in a blog tour celebrating the release of her new book, Hot Mamalah: The Ultimate Guide for Every Woman of the Tribe. Learn more about the blog tour at https://www.facebook.com/events/505196389498488/. Join her Smokin’ Hot Mamalah Book Launch Giveaway valued at $300 at www.ModernTribe.com/mamalah.