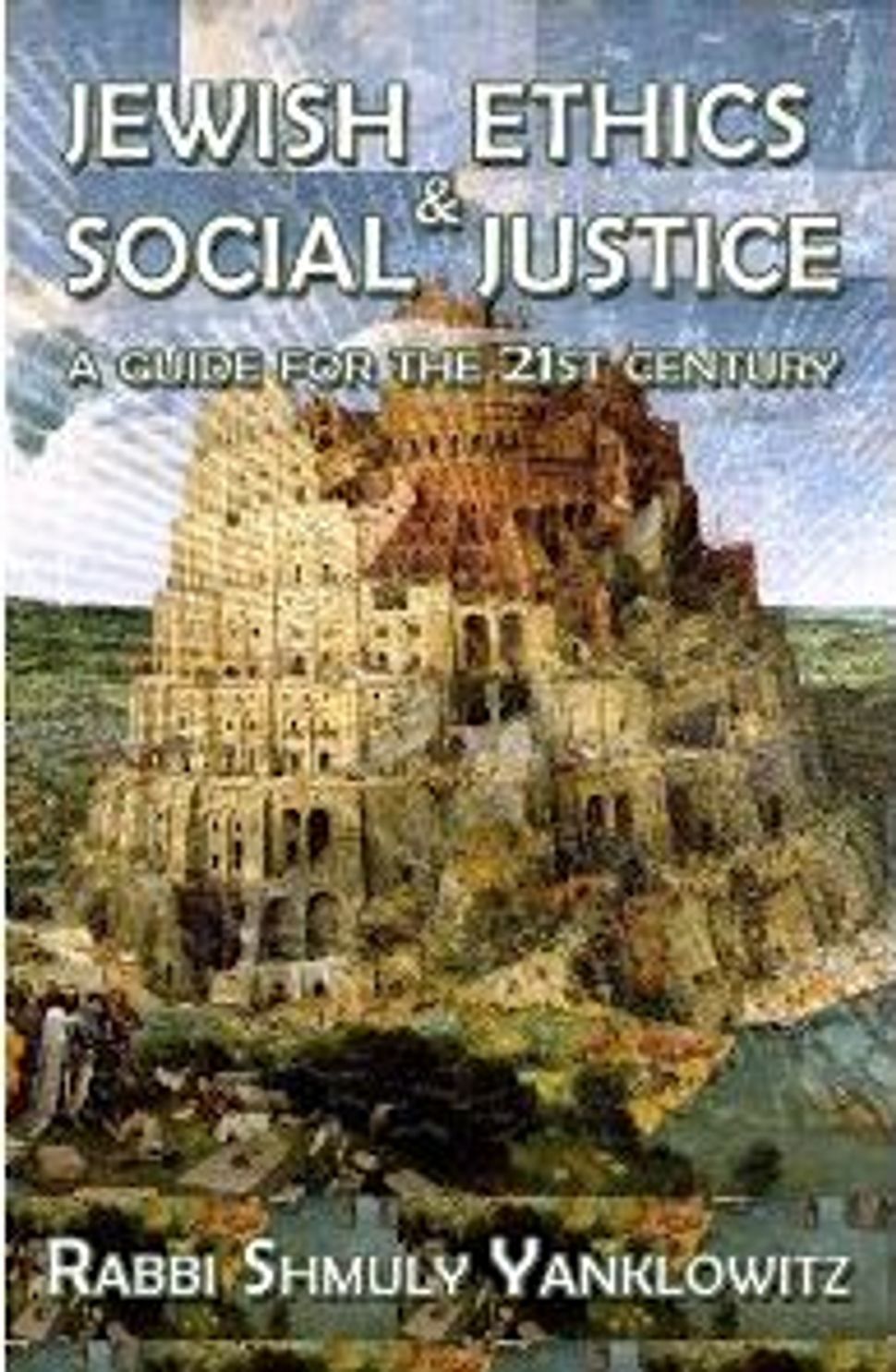 Rabbi Shmuly Yanklowitz is the Founder and President of Uri L’Tzedek, the Senior Rabbi at Kehilath Israel, and is the author of “Jewish Ethics & Social Justice: A Guide for the 21st Century.” Newsweek named Rav Shmuly one of the top 50 rabbis in America. His blog posts are featured on The Arty Semite courtesy of the Jewish Book Council and My Jewish Learning’s Author Blog Series. For more information on the series, please visit: 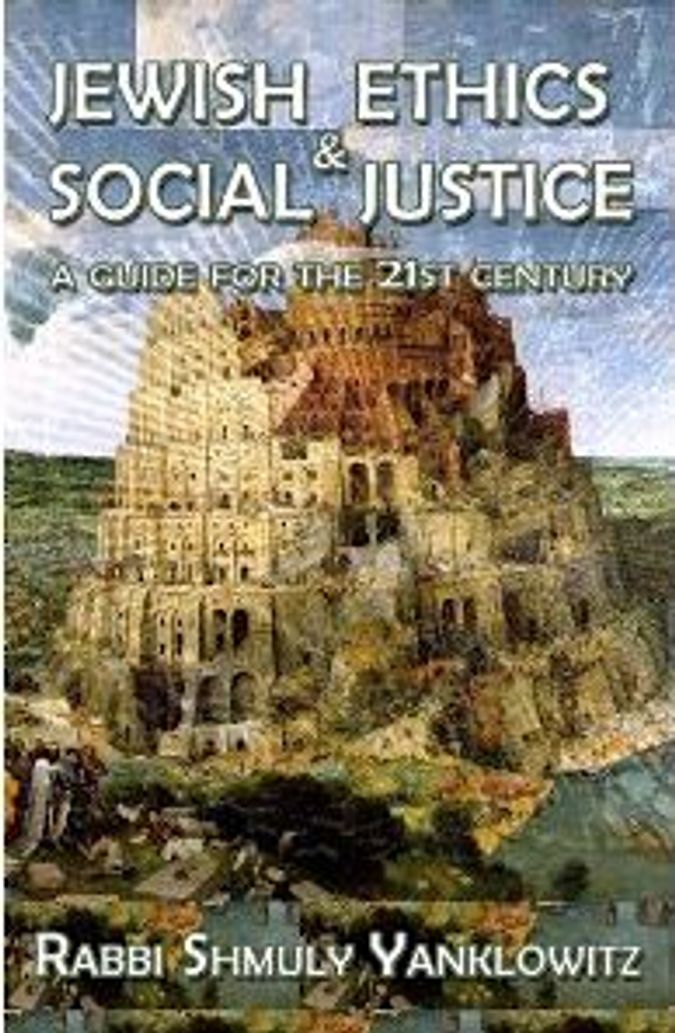 The Rabbis teach (Ta’anit 11a) that “at a time when the community is suffering, no one should say, ‘I will go home, eat, drink, and be at peace with myself.’” To effectively aid those who are suffering, we need the cooperation and collaboration of each and every individual. We need strong individuals, effective non-profits, and committed states. However, we also need to recognize the most powerful collective body available to address the suffering. In our society, the mechanism that represents the people is the government, and it must be effective. Government does not always have to be big to be effective, but oftentimes it does, especially when responding to disasters on a large scale.

Hurricane Sandy, which struck the east coast in October 2012, was the largest Atlantic hurricane on record and the second-costliest, behind only Hurricane Katrina. At least 253 people were killed and an estimated $65.6 billion was lost due to damage and business interruption. For weeks, many in this, the wealthiest country in the world, were suddenly lacking the basic necessities of life, such as shelter, heat, power and water. The most dramatic damage occurred in southern New Jersey and the New York City metropolitan area. In New Jersey, the historic Seaside Heights roller coaster was carried out into the Atlantic Ocean, where its tangled ruins remain today. Video of the famous Jersey shore area revealed miles of destroyed boardwalks and beaches that had virtually disappeared, along with hundreds of demolished houses and boats. To the north, nearly 100 people died within a 65-mile radius of New York City as a result of Hurricane Sandy. Manhattan had never before flooded, but Hurricane Sandy’s waters were nearly 4 feet higher than the city’s 10-foot walls. Scores were killed in their homes on the coasts of Staten Island and Queens. Some ignored mandatory orders to evacuate, others were elderly and infirm, but all were victimized by a flood surge that filled houses with water within minutes, allowing no escape. Others were killed by falling branches and trees. Millions of people were without power, and received little-to-no information from their utility companies about when power might be restored. The catastrophe was reminiscent of Hurricane Katrina in 2005, and many feared a repeat of the government’s feeble response to that storm might occur again.

This time, the Federal Emergency Management Agency (FEMA) was ready to act. Within three days, FEMA had deployed about 2,300 disaster-relief personnel across several states; provided shelter to more than 10,000 people; rescued some 700 people; and delivered around 700,000 gallons of water and 1.5 million meals to others in need. Perversely, many in the House of Representatives now propose that we slash the agency’s funding by up to 40%, arguing that disaster relief should be handled by the states and private sector, not the federal government. The argument typically goes that the Federal government is overly bureaucratic and slow to act while states can be nimble, understand the needs of the localities and their constituents better, and thus should be charged with more responsibility.

The Federal government must have the capacity to swiftly respond when it comes to disaster relief. Of course, as past mistakes reveal, a bigger FEMA does not necessarily mean a better FEMA, nor enhanced relief ability. The agency spent nearly $900 million on prefabricated homes in New Orleans after Katrina, but then was prevented by its own regulations being able to put them to use. People were getting sick because the contractors used too much formaldehyde in the construction of the houses and the fumes were intoxicating. Rather than providing housings for thousands who had lost their homes, they rotted in storage lots. In spite of this, FEMA can only be effective if it is allowed to be a large agency. When the national government can address disasters effectively, it saves everyone money, including the states and the private sector, which limits the damage caused when roads and power lines are not repaired quickly and people cannot return home and rebuild. As Matthew Yglesias wrote in Slate: “But that requires financing by an entity capable of rapidly financing expensive projects — i.e., the federal government…and (slashing federal disaster aid) is the height of penny-wise, pound-foolish thinking.”

When Hurricane Sandy hit, New Jersey Governor Chris Christie, who had previously expressed his contempt for government and whose policies led to the dismissal of tens of thousands of government workers, met with President Obama and with FEMA. Governor Christie said: “The federal government’s response has been great. I was on the phone at midnight…with the president, personally; he has expedited the designation of New Jersey as a major disaster area.” He later added: “The folks at FEMA…have been excellent.” On December 7, President Obama [asked Congress]http://www.wibw.com/home/nationalnews/headlines/Obama-Requests-604-Billion-For-Sandy-Relief-182632601.html) for $60.4 billion in aid for the states most affected by Hurricane Sandy. This will not cover all the estimated losses, as New York Governor Andrew Cuomo and New Jersey Governor Christie alone estimated the losses of just their 2 states at nearly $78 billion. The Mayor of New York City, Michael Bloomberg, a former Republican turned Independent, added: “We need a full recovery package to be voted on in this session of Congress. Any delay will impede our recovery.” The current session of Congress ends on Jan. 3, 2013, when the next House, with largely the same Republic majority, will take office. California representative Donna Edwards noted that, with global warming looming, the challenge is great, and the need for response greater: “…the importance of investing in this infrastructure now so that we don’t make it more vulnerable later on needs to be high on the priority list, because the damage to us in terms of our long-term economy and competitiveness is really huge.”

Our nation has confronted emergencies before, and the federal government has often been the ultimate solution when the private sector failed. During the Great Depression, the stock market failed, thousands of private banks failed, private charities failed, and when President Franklin D. Roosevelt took office in March 1933, the nation was on the precipice of total failure. President Roosevelt closed all the banks for 4 days, and then announced that the federal government would guarantee bank deposits through the Federal Deposit Insurance Corporation. The result was that the banking system (and currency) was saved, giving the economy had a chance to recover, as the American people had a renewed confidence in their government and its roles and abilities in helping people. The private sector had no plan; government was the solution.

A profound midrash (Bava Batra 10a) teaches about how humans are not in control over nature.

When nature, death, or other forces overcome us, the best thing we can do is fight back with tzedakah (with love, kindness, and charitable giving). We must all do our part as individuals and we need strong non-profits and state-level responses, but we must also unite to support a stronger federal government that is best equipped to address crises wherever and whenever they strike. This is the essence of America: to be united in both our times of need and times of hopes, our traumas and our triumphs.