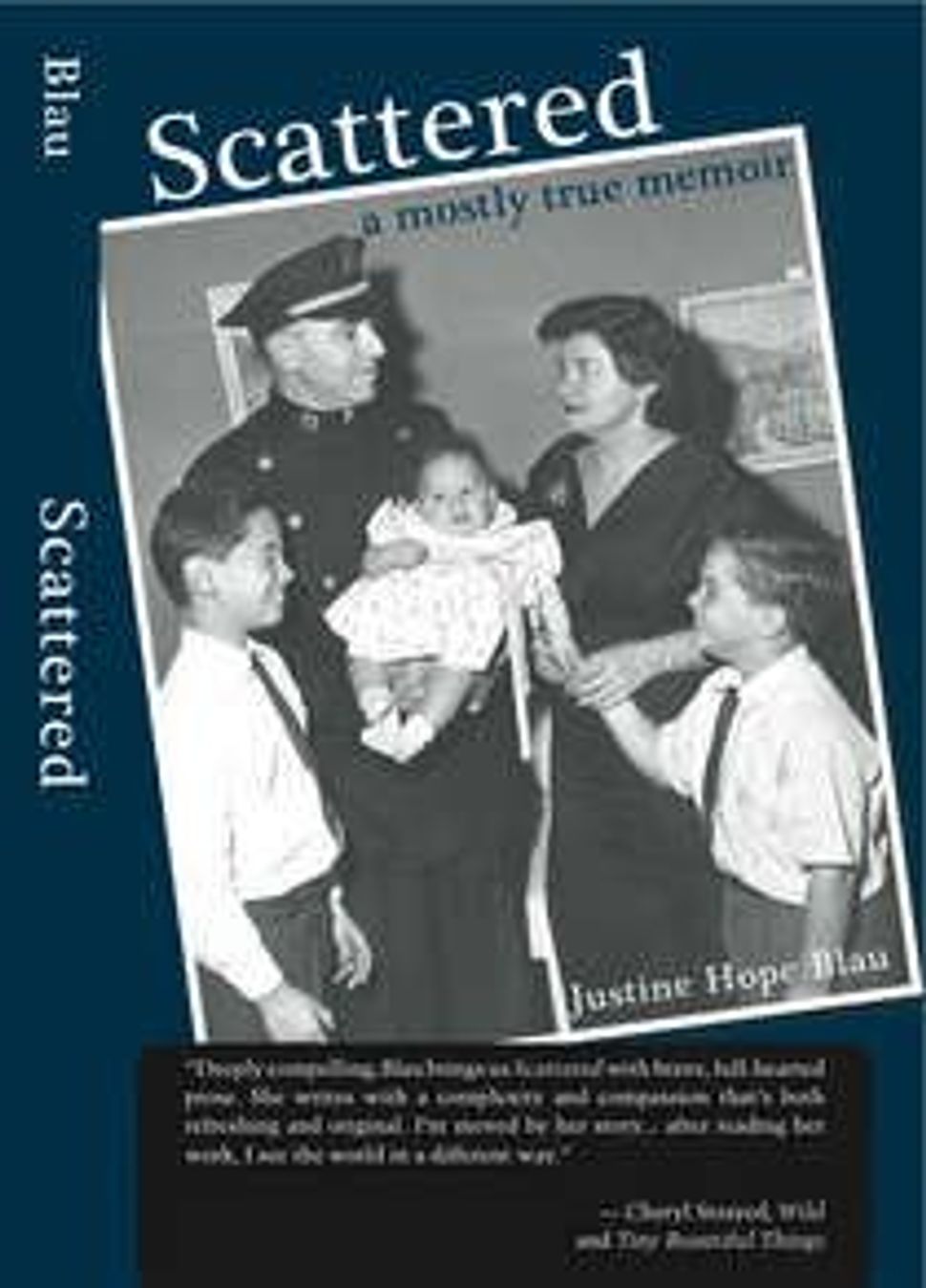 Justine Hope Blau, a writer of screenplays and books, has an MFA from Columbia University’s School of the Arts. Her memoir “Scattered: A Mostly True Memoir” is now available. Her blog posts are featured on The Arty Semite courtesy of the Jewish Book Council and My Jewish Learning’s Author Blog Series. For more information on the series, please visit: 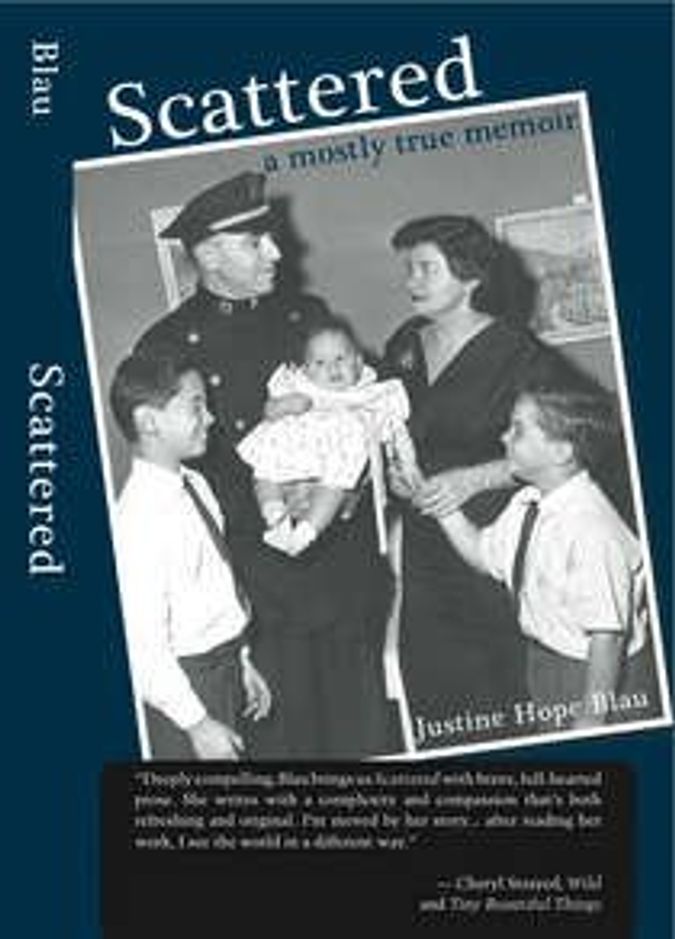 People would often underestimate me if they knew that my parents hadn’t taken good care of me, so I used to be covert about the six years my family was chronically homeless and the years I spent in placement with the Jewish Child Care Association. People assumed I couldn’t drive, or had never been to Fire Island or didn’t know French — that kind of thing. And I’d get touchy because people who grew up underprivileged tend to be thin-skinned.

Now I’ve written a childhood memoir, “Scattered” so my story is out. And while most people give me a lot of credit for transcending such challenges, friend-of-my-youth Jacqueline Heagle is quick to give me perspective.

“You are a spoiled brat,” she reminds me.

Jacki thinks my experiences with my family roaming around public spaces like libraries, the Automat and Central Park, wandering around the United Nations and midtown Manhattan, having older brothers who went to college and told me stories, reflects a world of privilege. She quips that I’m showing off.

Jacki and I met at the Pleasantville Cottage School when we were 11. I was an emergency case, placed in the same 5th grade class with her on June 17, 1967, two weeks before the end of school. A few months later she was sent to a group residence in Westchester, but we were reunited in a group residence for teenage girls in Rego Park, Queens, when we were 14. We lived together there for three years.

Jacki found it painful to read “Scattered” because it made her feel jealous. She grew up rarely leaving her Brooklyn neighborhood and apartment overlooking the noisy elevated subway line; her family was on welfare and the big treat was to get pizza when the check arrived. She has written eloquently about how she eagerly awaited being sent to “The School” and finally got to go when she was eight. Jacki felt that she was reborn when she arrived at Pleasantville. She remembers the first day she got there, how she climbed her first tree and ate her first fresh apple. She hardly ever went home or saw her parents after that.

The Jewish Child Care Association provided that safety net for Jacki, and for me. After Jacki left the residence, she was on her own, but still the JCCA helped her pay for college. And when she decided to leave college, they helped her pay for beauty school. She earned her living for decades as a hair stylist and raised her two sons with far more advantages than she had.

The Jewish Child Care Association didn’t get everything right. Corporal punishment was accepted, and there are stories I hear, and believe, of a few cottage parents sexually preying on children. But most of us feel that Pleasantville provided a feeling of safety and security for us.

So how do I feel about being exposed by the book I felt driven to write? Is the world made by colliding classes, power structures and degrees of respectability, or do I see it that way because of how I got here? It’s so confusing, my past, and where it has brought me. I’ve been trying to sort out the confusion for a long time. When a child is torn from her world, and forcibly placed in another, she is likely to learn fast to observe who’s got power, who doesn’t and how to manage in the new system. So I’ve spent a lot of time either being resentful of my disadvantages, or feeling guilty because of my privilege, and somehow both.

I think the extreme worlds of my childhood, between the U.N., the libraries and cheap hotels, a mother with grandiose notions but neglectful habits, gave me a unique ability to read society and the social world around me.