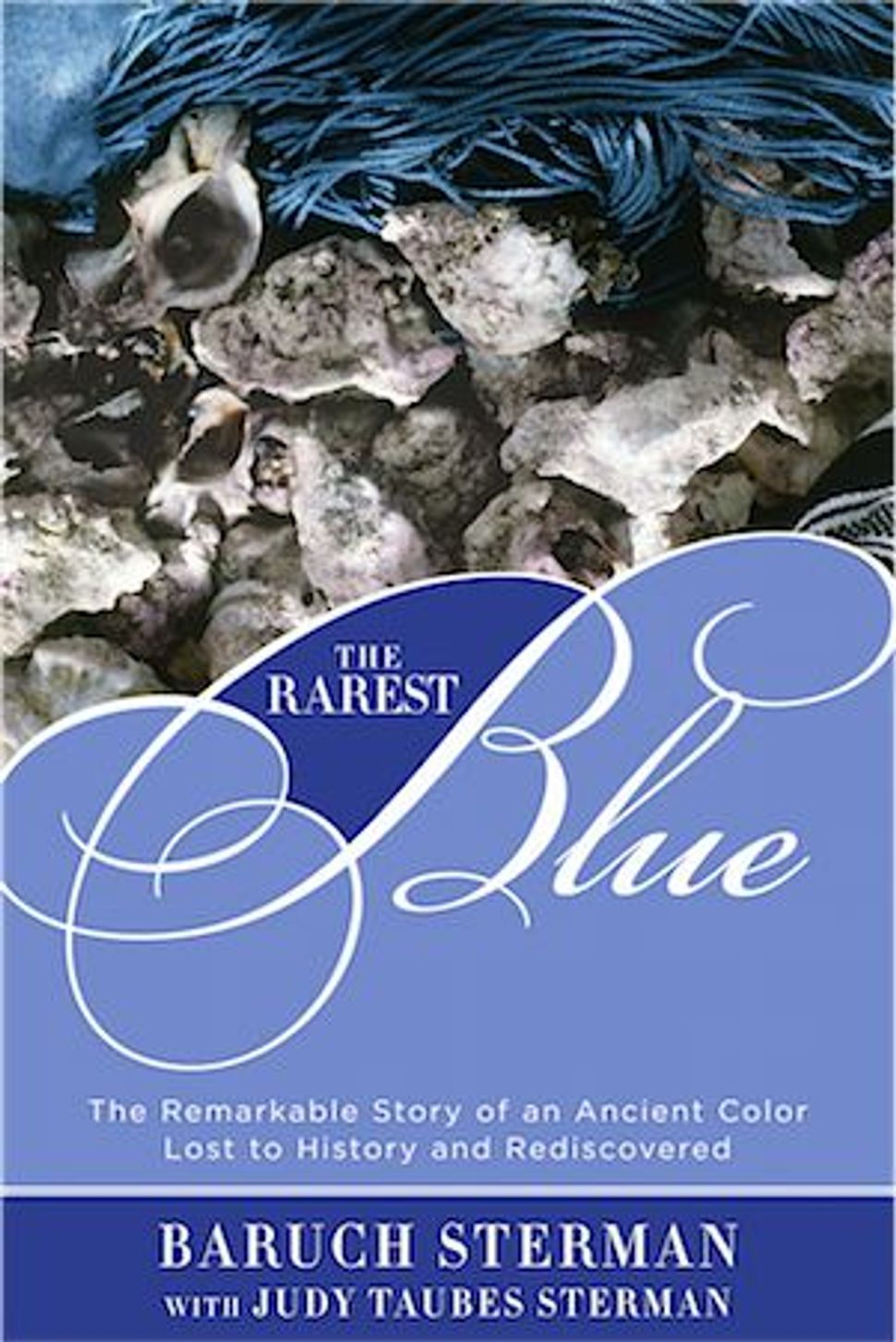 Baruch and Judy Sterman’s “The Rarest Blue: The Remarkable Story of an Ancient Color Lost to History and Rediscovered” is now available. Their blog posts are featured on The Arty Semite courtesy of the Jewish Book Council and My Jewish Learning’s Author Blog Series. For more information on the series, please visit: 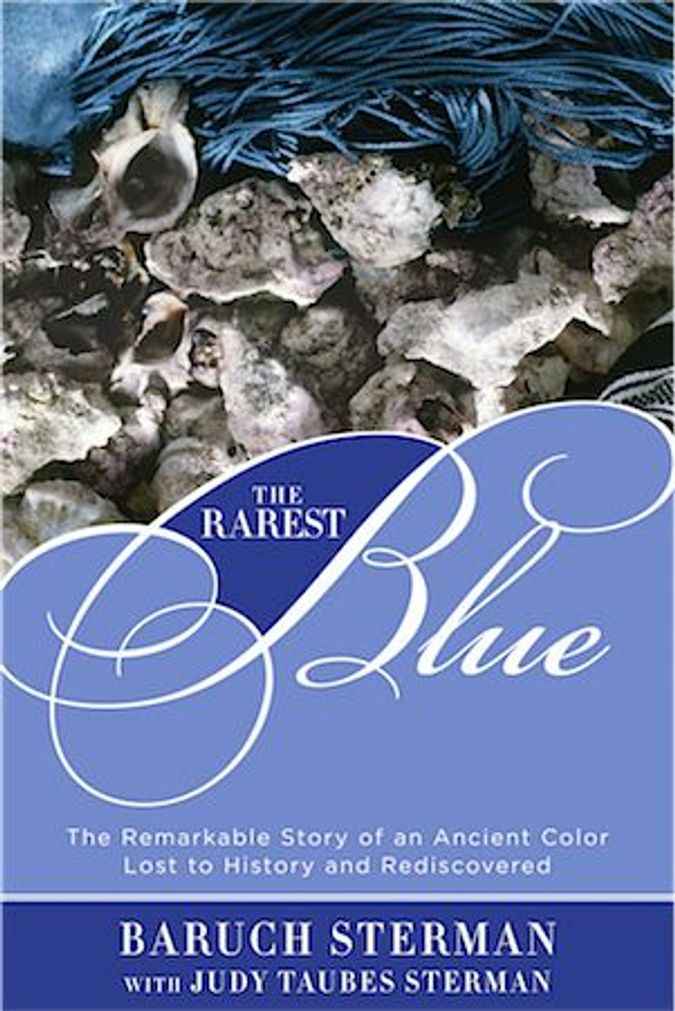 We admit it, we are obsessed with blue. Also with seashells and snails. Our house is filled with skeins of blue threads, tufts of wool in every shade of blue imaginable, and dozens of shells of different sizes and peculiar shapes. But we weren’t always so infatuated.

We were introduced to the wonderful world of blue quite by chance. Late one Thursday night, around 20 years ago, an old high-school buddy called and asked if I would like to join him the next day to go scuba diving in the Mediterranean. He was going to help a dedicated rabbi collect some sea-snails. Not just any snails, but a particular species that had once been used to produce the fabulously expensive and stunning dye known as biblical blue, or tekhelet. In the ancient world, tekhelet had been a cornerstone commodity worth up to 20 times its weight in gold, but for centuries it had been lost and all but forgotten. Only recently had there been a revival of interest in the ancient dyeing process. I myself had only a faint knowledge of the topic of tekhelet, which is mentioned numerous times in the Bible as the main component of the priestly garments and the decorative curtains of the Temple.

The night my friend called was cold and wintery, and the next day was going to be the same or worse. Joining him would mean that I’d have to wake up before dawn in order to make it from my home in Jerusalem to the Northern coast and back before Shabbat. I had every reason to bow out, but words seemed to come out of my mouth before I could properly think them through: “Sure — see you at four.” Those words were the beginning of an adventure that would start as a curiosity, develop into a passion, and ultimately become the obsession that virtually defines my identity.

We realize, of course, that not everyone sees the world through blue colored glasses, though we are continually surprised by how many people — from rabbis to chemists, from painters and numismatists to scholars specializing in magic and superstition — have in fact devoted their lives to researching all areas relating to this ancient dye. Indeed, hunting for snails and performing micro-surgery to extract a tiny gland in order to obtain a fraction of a gram of dye might appear to be an arcane activity of little relevance to modern sensibilities.

But these lowly snails have a world to teach us. And in many ways, that is itself the most important lesson that we have learned from our involvement in the tekhelet story. We have seen, over and over again, how when you start to dig deeply into a topic, regardless of how small and insignificant it seems at first glance, you soon begin to realize the interconnectedness of all knowledge. One thing leads to another; one aspect of research sheds light on a vastly different area of investigation, and in some cases can lead to new ideas, and even fundamental reevaluation of accepted notions. Dig deep enough into any small region of human endeavor, and you will eventually reach the spring of wisdom below — everything is related, and each well taps into a different part of the underlying whole.

The principles of molecular spectroscopy that I had encountered during my studies towards a doctorate in laser physics help explain why the molecule produced by our snails is unique as virtually the only natural occurrence of a lasting blue dye. The power of blue was the motivation behind one German artist’s choice to explore the effects of pressing snail glands onto a canvas to produce mesmerizing swirls of blue, and the psychological effects of blue studied by scientists prompted the Japanese transit authority’s decision to replace all their subway lighting with blue LEDs. (They say the calming effects of the color blue have reduced the spate of suicides in the train stations).

Isaac Newton compared himself to a young child “playing on the sea-shore, and diverting myself in now and then finding a smoother pebble or a prettier shell than ordinary, whilst the great ocean of truth lay all undiscovered before me.” We are all playing on the shores of the very same endless sea, and sometimes even seemingly insignificant shells may turn out to be, in the Bible’s words, “treasures hidden in the sand.” Uncovering these treasures, one by one, adds to man’s understanding of the world around him. And each person’s passion contributes to our collective knowledge, ever growing and increasing… if only at a snail’s pace.

Check back on Thursday for more from Baruch and Judy Sterman. Read more about “The Rarest Blue” here.