An Interview With My Babbi and Zayde 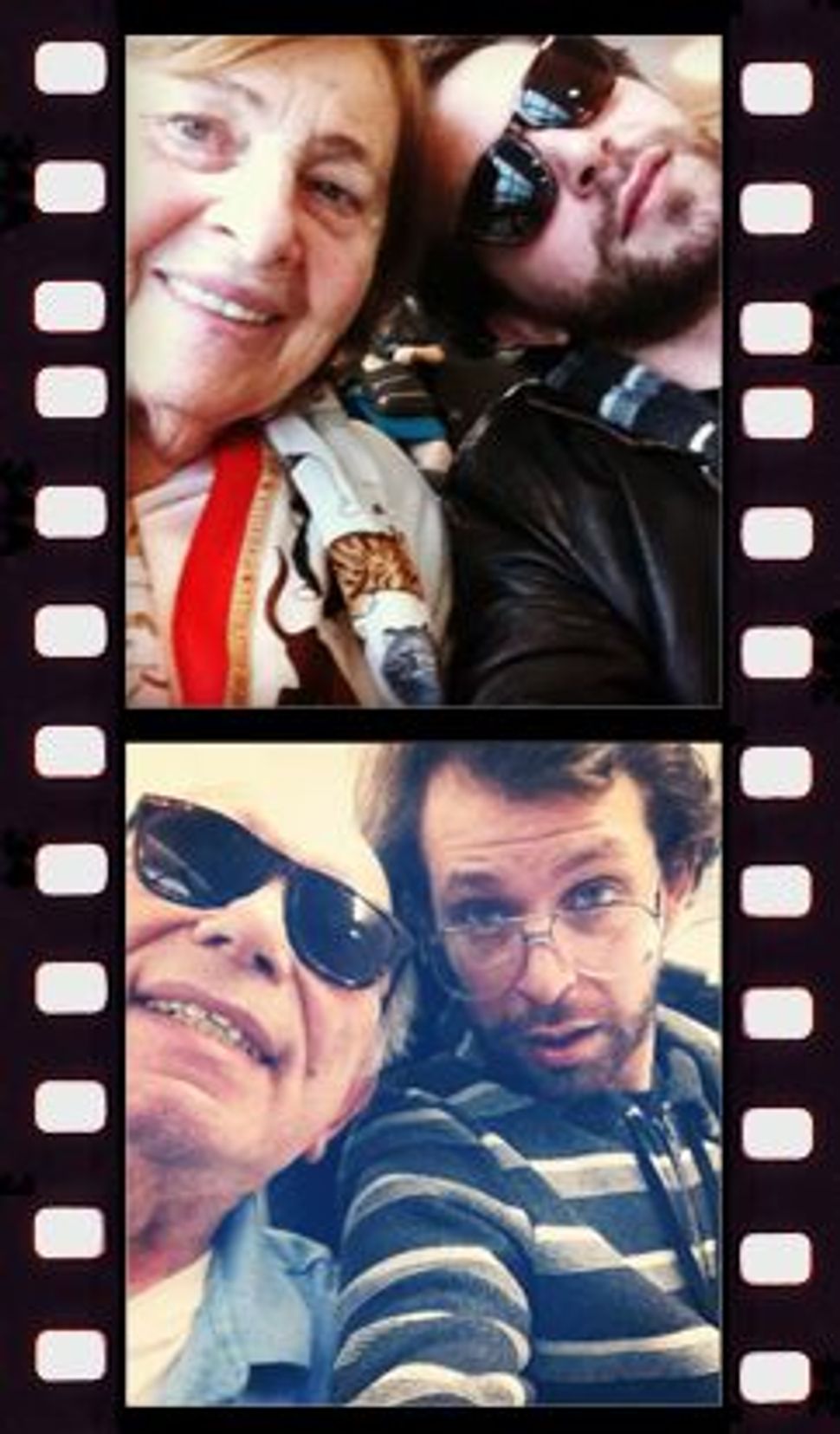 Earlier this week, Royal Young wrote about his parents’ reaction to his debut memoir, “Fame Shark.” His blog posts are featured on The Arty Semite courtesy of the Jewish Book Council and My Jewish Learning’s Author Blog Series. For more information on the series, please visit: 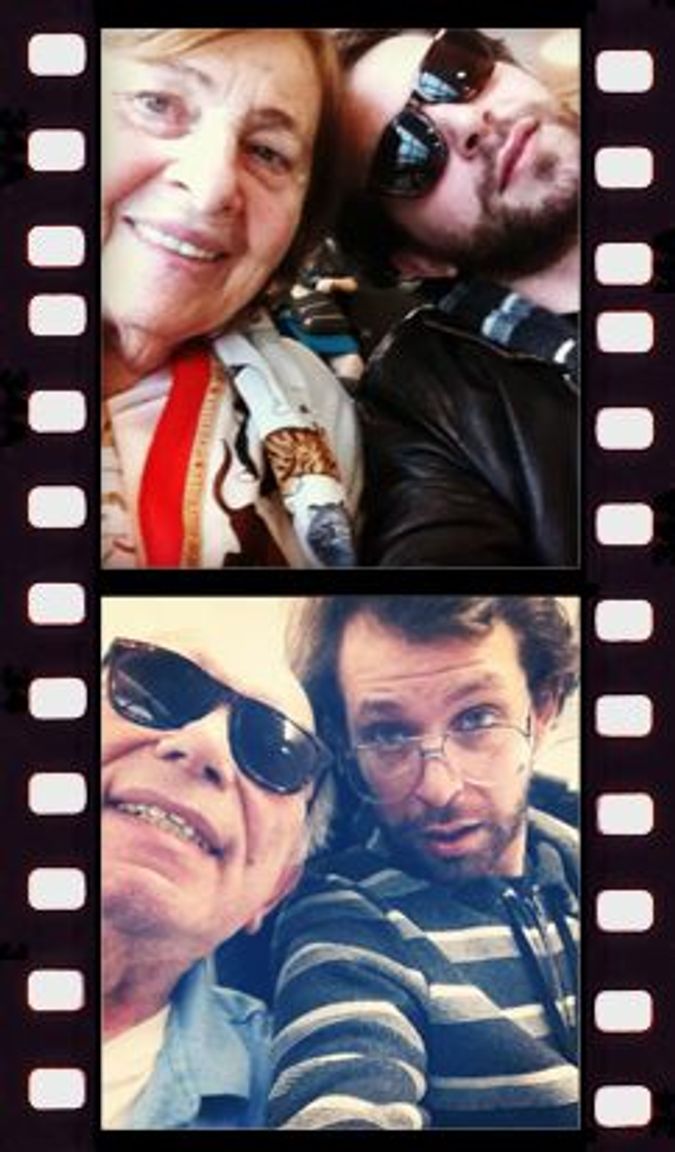 My maternal grandmother fought to escape her Lower East Side. My Babbi was born in 1932 and raised on Pitt Street and Houston, a few blocks from where I would grow up years later. She was the daughter of Orthodox Austrian immigrants who came through Ellis Island in 1919 with thousands of other displaced Jews, gazing in awe at the Statue of Liberty from the steerage deck of a third-class freighter.

The Lower East Side of the ’30s was an Eastern European shtetl transplant, an unruly Jewish village struggling through the end of the Depression. Its tenements teemed with immigrants who practiced wild customs — matchmaking, interpreting prophesies from dreams — that they’d imported with silver menorahs hidden under rags during the ocean passage.

My handsome grandfather had a bachelor pad on Henry Street before he was a Zayde. They met when he taught my Babbi art and their hearts filled over many hours developing photographs in dim darkrooms. Images of her from that time are coy and striking, he bold and laughing. Their eyes gleam for adventure, conquest, love, glory, knowledge.

To this day my grandparents teach me about loving fully, they have always fully believed in my writing, encouraged me to pursue it no matter what the odds. In a career filled with rejection, this fighting spirit buoyed me. Their beautiful old home in Long Island with a swimming pool and lush garden is my refreshing escape from the downtown New York hustle I still live in. Their wisdom, tenacity and verve inspire me every day and so I decided to sit down with them before the publication of my memoir “Fame Shark” and talk about their first meeting, performance as love, competition, what art means to them and the perils as well as pleasures of celebrity.

Royal Young: What was your sense of yourselves in the city when you were growing up?

Babbi: I was a very happy child because my family was a happy family. Every Shabbos we would go to shul together, everyone. Then out to a beer garden and we would have drinks and chickpeas. The children used to play with each other and laugh and we were all dressed up as beautiful dolls.

Yet, your family also had idiosyncrasies. Your mother would feed drunks on the Bowery.

That’s right. My mom was very interesting from the point of view of her humanity. If my mother saw anyone who even looked hungry she would immediately give them food or make me go down to give them bread. Crazy people used to come to our apartment and knock on the door.

Did you feel stuck in the Lower East Side?

Babbi: No, I was always an adventurer.

Zayde: When I was sent off from home in Philadelphia to go to yeshiva in New York, I was expected to manage my own affairs at the age of 15. In my tenement I had a room with a window but it didn’t look outside. It looked into another room. I didn’t last there very long. But we survived.

You both always had a huge interest in arts. Do you think that helped you see that there was a larger world out there?

Babbi: Oh yes and my mother was a dressmaker, she made clothing.

Zayde: You would call her a stylist these days [laughs].

Babbi: Okay, well she also helped heavyset women to fit into their clothing. We would sneak away to go to the museums or look at art in the windows of Cooper Union.

Zayde: My father lured me to leave for New York by taking me to the Educational Alliance art school.

Babbi: And then he ended up being a teacher there and I convinced my mother to sign me up for classes. She would say it was the best fifteen cents she ever spent.

How do you feel about the changes in the Lower East Side?

Zayde: Inevitable. In many ways regrettable.

What does performance mean to you in your life?

Babbi: I was certainly a performer as a professor. I enjoyed that aspect of it.

Zayde: My father was a cantor, I used to spend my hours listening to him rehearse for his performances in the synagogue. He sang his heart out. In addition to studying art and art history for many years, I also had a career as a rabbi and you have to realize you are a performer when you lead a congregation.

Babbi: For me I also think it was about competition. I had so many other children to compete with like my twin sisters, that I felt I had to act things out to gain attention.

Zayde: I translated my father’s memoirs from Yiddish and I would read them aloud. This too was a kind of acting performance. I put my soul into trying to recreate what my father had lived through.

Interesting that performance is equated to emotional connection. You want love, attention or understanding and in order to get those things you have to act out.

Babbi: Yes, of course you do. I could perform in front of my relatives all the time and I got presents for it, good food, nice cookies [laughs].

So you had to sing for your supper!

Zayde: It’s not a compulsion, but it’s very satisfying.

But for you performance is not equated with fame. I think for the modern mentality it is.

Babbi: For me, performance is equated with love.

How do you feel about fame?

Zayde: Fame can be a terrible burden. It could hang around your neck. Be careful what you wish for when you wish for fame. The striving for fame can overwhelm you.

Now everyone knows about celebrity.

Zayde: [laughs] Yes, ever since Andy Warhol saying everyone was entitled to fifteen minutes of fame. I don’t agree with fame for its own sake. If you are talented and work and receive recognition for your art, fine. That’s about as far as I go. I like to feel people can appreciate what I offer, but it’s the offering of it that is more important than receiving accolades.

An Interview With My Babbi and Zayde