When You’re a Jew You Stay a Jew 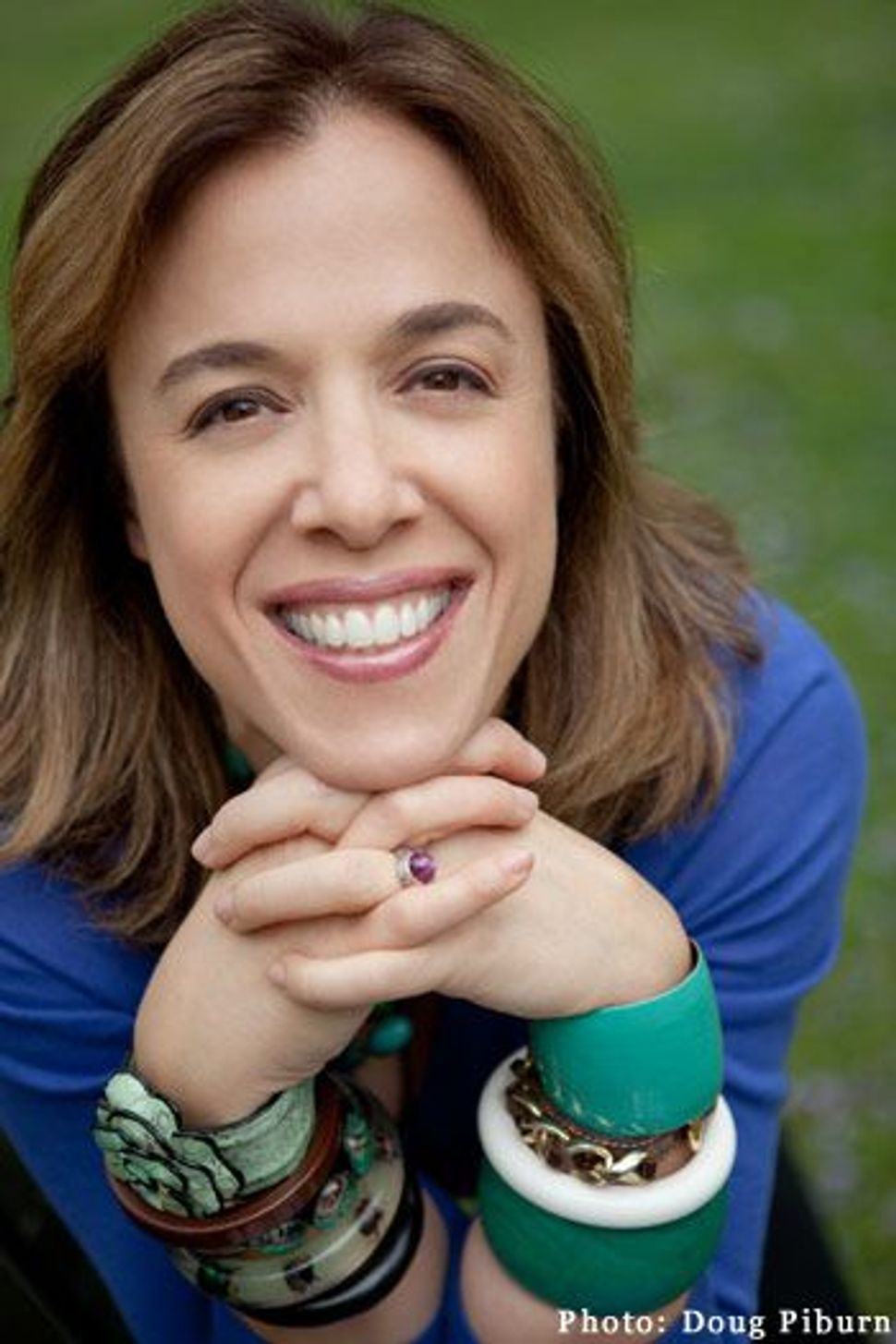 Earlier this week, Kathy Ebel wrote about Nice Jewish Girl protagonists from New York City. Her first novel, “Claudia Silver to the Rescue” (Houghton Mifflin Harcourt), is now available. Her blog posts are featured on The Arty Semite courtesy of the Jewish Book Council and My Jewish Learning’s Author Blog Series. For more information on the series, please visit: 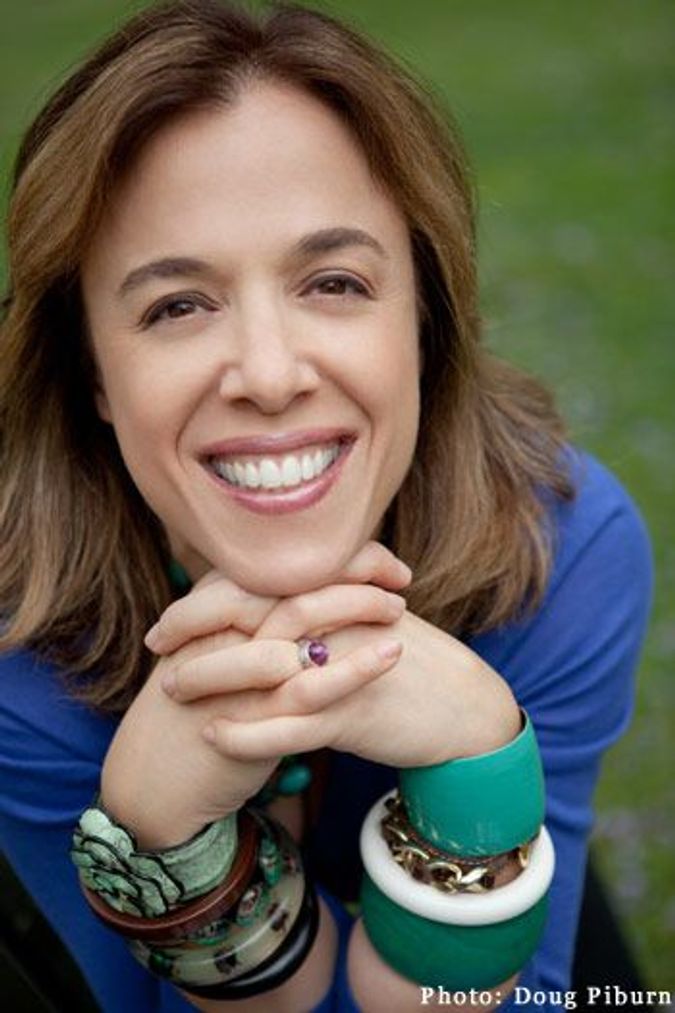 “Ashkenazi.” “Sephardi.” As a kid, wandering around the kiddish reception at our shul collecting cellophane ruffle-topped toothpicks in a plastic cup, I heard these terms bandied far above my head by adults and had no idea what they meant. Were these languages? Politicians? Street gangs, like in West Side Story?

As a first-generation American and the daughter of German-Jewish refugees, I was pretty sure these mysterious terms didn’t have anything to do with me. We were Jews who kept kosher and went to shul, but we didn’t eat or do the things that seemed officially Jewy, like, Fiddler on the Roof-Jewy. My single mother didn’t bake kugel, or encircle the flames of the Shabbat candles with her hands when she made her brachot, or bobby pin a white nylon doily to the back of her head for services (nor would she have dreamed of wearing a kippah like some of her friends from her Consciousness Raising group). My mother used no Yiddishims in her speech, other than “shul” and “shlep” and, while cursing other drivers, “schmuck.” I wasn’t sent to Jewish sleepaway camp to meet my future spouse or bridesmaids or employers. And on Christmas Day, we did not go to the movies or eat Chinese food.

What I did know, always, was that we were German, from old families. We ate our pizza with a knife and fork. We liked marzipan, in whimsical shapes like fried eggs and, yes, piglets. We wore pinky rings stamped with a family crest based on the corporate logo of my industrialist ancestors’ metals business. We kept glass bottles of 4711 eau de cologne in the bathroom. Phrases like “yeah” and “okay” were frowned upon.

Somehow, I had always known the name of the enormous limestone home my paternal grandfather owned in Antwerp, where his own business was based: It was “the Rue Rembrandt,” where my grandparents lived as newlyweds among my grandmother’s extended family, several of whom, so deeply ensconced in their enclosed world of privilege, fatefully delayed their own departures from Europe and were murdered during the Shoah. As a little kid in the 1970’s, I had no real idea what this all meant, but a deeper idea was communicated. We were not entirely American, not entirely home, and needed to keep our ties to the past alive, because that’s where our impeccable pedigree — and our ghosts — were housed.

My beloved grandmother, whom we all called Moumie, was a woman of great style, in the tradition of a certain kind of tailored European lady. She had returned to Europe after the War. She wore shirtwaist dresses and low-heeled pumps, with a well-tied silk scarf and a leather purse held in the crook of her arm. She had a knack for arranging flowers, wrapping gifts, dashing off delightful note cards, and hosting simple, elegant afternoon teas. She lived in The Hague, and came to visit once a year, at Pesach. One afternoon, it occurred to me that she might possess the answer to the question burning in my mind.

“Moumie,” I asked her. “What’s the difference between Ashkenazi and Sephardi?”

“Ah,” she replied, with a sage nod, as though she had been waiting for this one. Her expression, as it often did, drifted into an elegant reverie. “In the Rue Rembrandt, our housekeeper was Ashkenazi.”

Many years later, when crafting the character of Claudia Silver in my debut novel, “Claudia Silver to the Rescue,” I dug in to my experiences of class, race and history. The perceptions and inner life of the character of Edith Mendelssohn, Claudia’s indomitable mother, are shaped by her refugee experiences and the grip of memory. Claudia, meanwhile, is coming of age in a housing project neighborhood in Brooklyn on the cusp of gentrification in the late 1980s. Claudia is tuned in to the tension and the cross-pollination that rising property values in her neighborhood bring. And she is simultaneously imprinted by a tragic family history from which she is one generation removed. Claudia’s responsibility, like it or not — and mine — is to stay engaged with that history. When it comes to the recent disasters of our civilization — American slavery and the Holocaust among them — one generation removed is not much time at all.

Many years after my Grandmother didn’t explain what Ashkenazi meant, I laughingly re-told this story to my friend Dov during a kiddish lunch at IKAR, our Los Angeles shul. He’s Israeli.

“A Yekke? What’s that?” I asked, never having heard that one before.

Kathy Ebel, a first-generation American, was born in Manhattan. Her blog, Fatherland: There’s No Place Like Home, or How and Why a Nice Jewish Girl Asked Germany to Take Her Back, chronicles her quest to have her German citizenship restored. Kathy considers Brooklyn her hometown and currently lives with her family in Los Angeles. “Claudia Silver to the Rescue” (Houghton Mifflin Harcourt) is her first novel.

When You’re a Jew You Stay a Jew