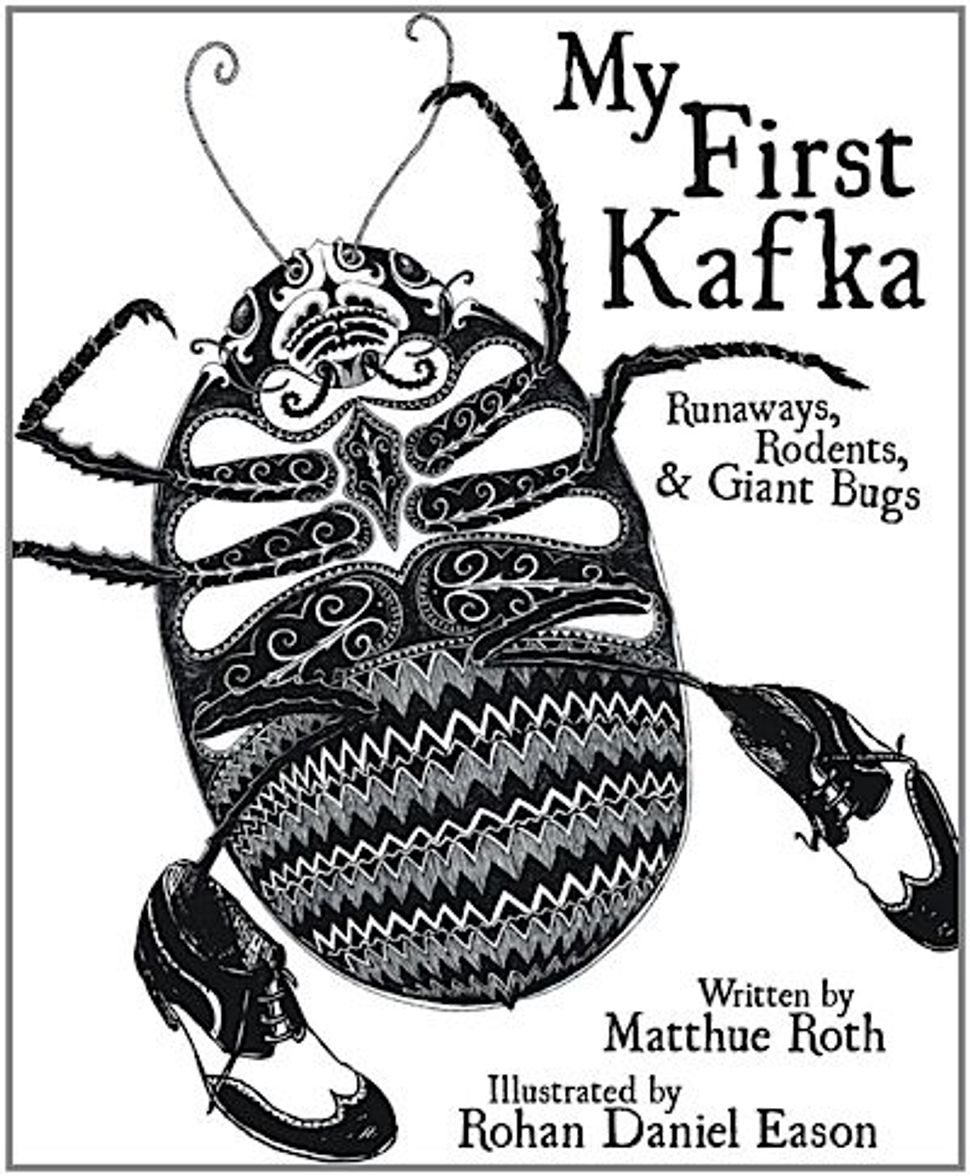 Matthue Roth’s newest book is “My First Kafka: Runaways, Rodents, and Giant Bugs.” He lives in Brookyn with his family and keeps a secret diary at www.matthue.com. His blog posts are featured on The Arty Semite courtesy of the Jewish Book Council and My Jewish Learning’s Author Blog Series. For more information on the series, please visit: 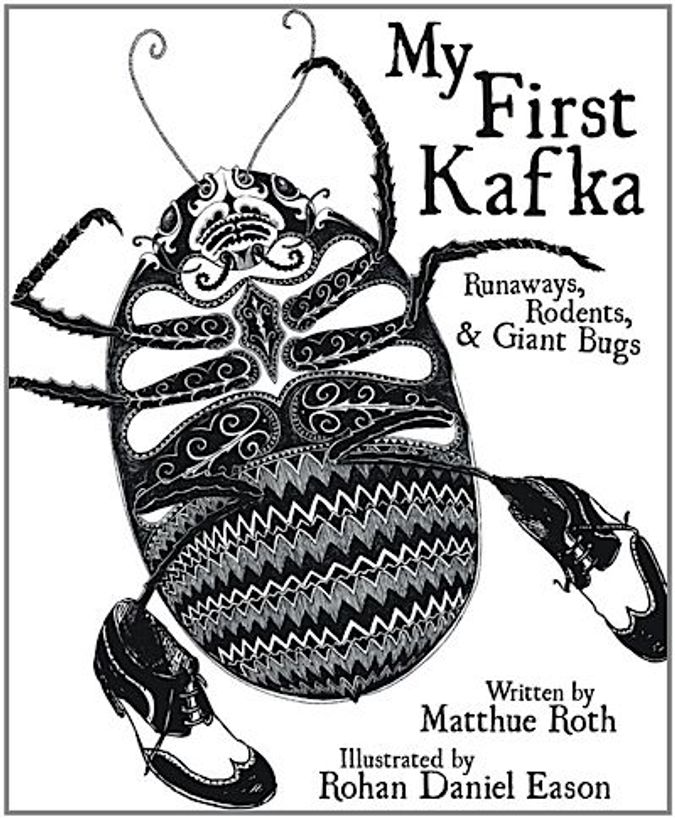 My parents are getting ready to move, to abandon the house I’ve lived in since I was born, and we traveled down to Philadelphia to help them. (No, that’s a lie: We traveled down because I had a reading for my new picture book, “My First Kafka,” and school is out, and we were getting ready to dump the kids with them for a week.) Everything is in boxes. If there’s one thing my kids are good at (there’s a million things), it’s causing chaos. They promptly set to work unpacking the remains of my parents’ life.

My 5-year-old daughter promptly uncovered “Treasure Island.” Yes, the book. It was an illustrated — though uncut — edition. “Read it,” she demanded.

Hey, what kind of father would I be to deny classic literature to my next of kin? I read.

We reached the first death — a gristly scene where Billy Bones, an old seaman, gorges himself on rum, stabs an old fellow pirate, then collapses dead on the floor. “Are you sure you want me to keep going?” I asked her.

Similarly, the second death (Old Pew, trampled by horse-hoofs cutting into his ribs) and the third (the night of Long John Silver’s violent mutiny aboard the Hispanola — no, actually, there was no death here, but a whole lot of swordfighting). We took a breath, not because she demanded it, but because my lungs were getting tired. “Are you really sure you want to read this?” I asked her. “Do you know what’s going on?”

She looked up at me with earnest, pleading eyes.

“The pirates are getting ready to kick off the good people from the ship,” she said. “Now they want to decide if they should kill them or hurt them or leave them on the island all alone.”

Kids: one point. Me: zero points. Robert Louis Stevenson: having a freakin’ veritable party in his coffin somewhere, I’m sure.

In the past few weeks, I’ve talked a lot about why kids like dark stories. What I told The New Yorker was, it’s because they’re still trying to understand the world, things like death and disease and renewal. They’re still getting used to existence, and they’re exploring this existential state as well as its corollary, what it would mean to NOT exist. That’s why they become fascinated with simple, pretty things like flowers and animals, as well as why they’ll stare in fascination as a just-stepped-upon ant crinkles slowly in its dying throes.

But I also think that the boundary between dark, depressing stuff and normal, happy stuff doesn’t exist for them, not the way it does for us. We as adults have a remarkable capacity to compartmentalize — work and home life, cartoons vs. reality. Kids not only don’t need to do that, they don’t want to. They’re more fascinated with the paradoxes of the universe than the idea that these things could be paradoxes. They don’t sit around all day talking about what it could mean that a person could be transformed into a giant bug and what it represents symbolically because, to them, it doesn’t represent anything symbolically — it’s an actual story.

I’ve been avoiding reading my book to my kids lately. It feels too self-indulgent, too performative; I’m much more comfortable with Maurice Sendak or Arnold Lobel. But at my Philadelphia reading last Sunday, I read one of the stories from the book, “Josefine the Singer, or, the Mouse-People.” The ending is really sad, and I almost cried onstage. My kids, sitting about halfway back, had these huge toothy smiles. After everyone had gone, I asked what they thought of that, weren’t they sad? “It was sad when you were reading it,” said my younger one, “but it’s a story. It’s supposed to be sad.”

Check back all week for more from Matthue Roth.